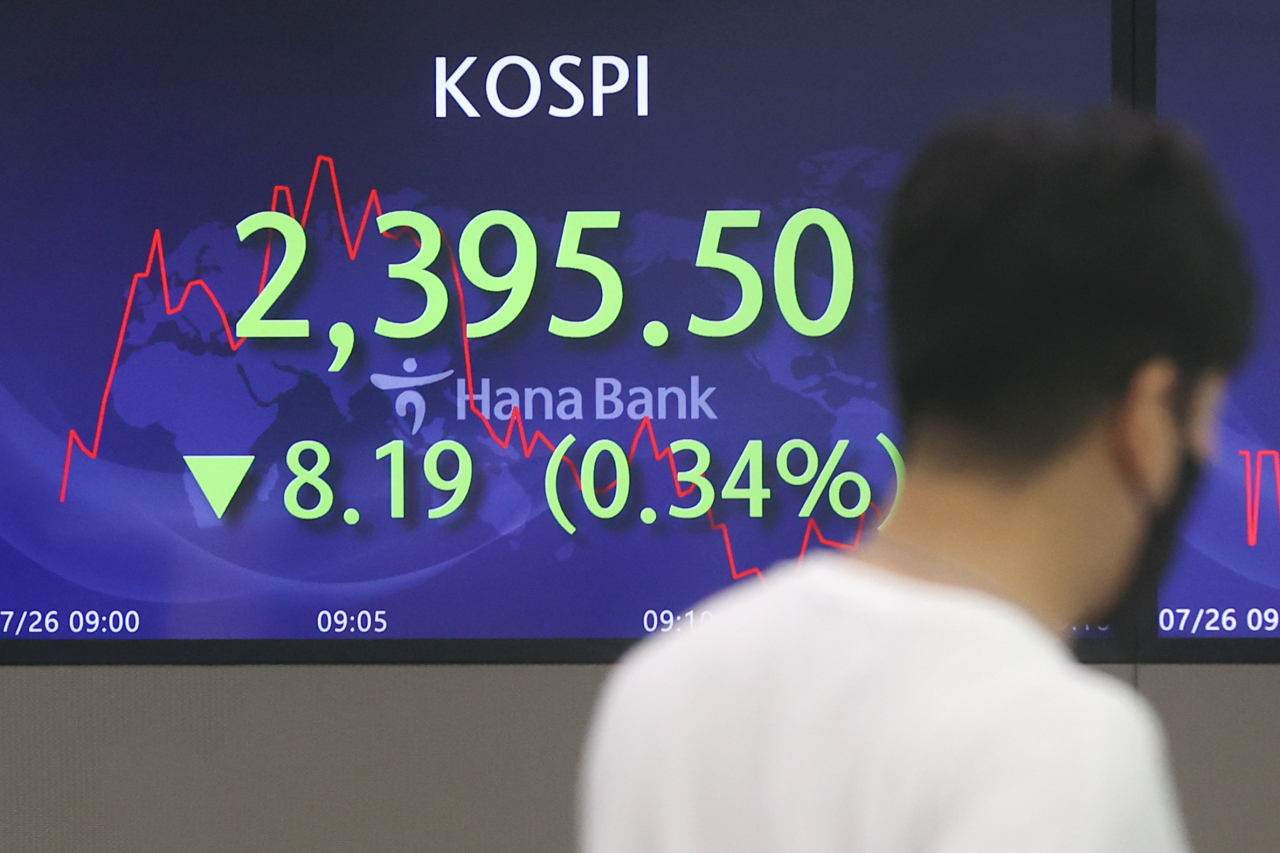 All eyes are now on the upcoming rate decision by the US central bank Wednesday amid rising inflation and earnings results by tech heavyweights, such as Apple. Microsoft, Amazon and Samsung Electronics Co., analysts said.

The Fed is widely expected to raise borrowing costs by 0.75 percentage point this week. That would put the US benchmark rate in a range of 2.25-2.5 percent, the highest since 2018 before the COVID-19 pandemic.