The digital clock, which is set up on the roof of Herald Corp. headquarters building in Yongsan, central Seoul, stands at six years, 361 days, nine hours and 59 minutes, as of 3 p.m. Tuesday.

According to the clock’s operators in New York, the estimated time left before the average global temperature rises to 1.5 degrees Celsius above pre-industrial levels dropped to below seven years at noon on Friday, US time.

The figure is the lower limit of warming agreed to in the Paris Agreement in 2015, and exceeding this level over the long term could potentially lead to irreversible damage to the planet. Recent findings by the World Meteorological Organization suggested there is a 48 percent chance of global temperatures reaching this threshold at least once in the next five years. 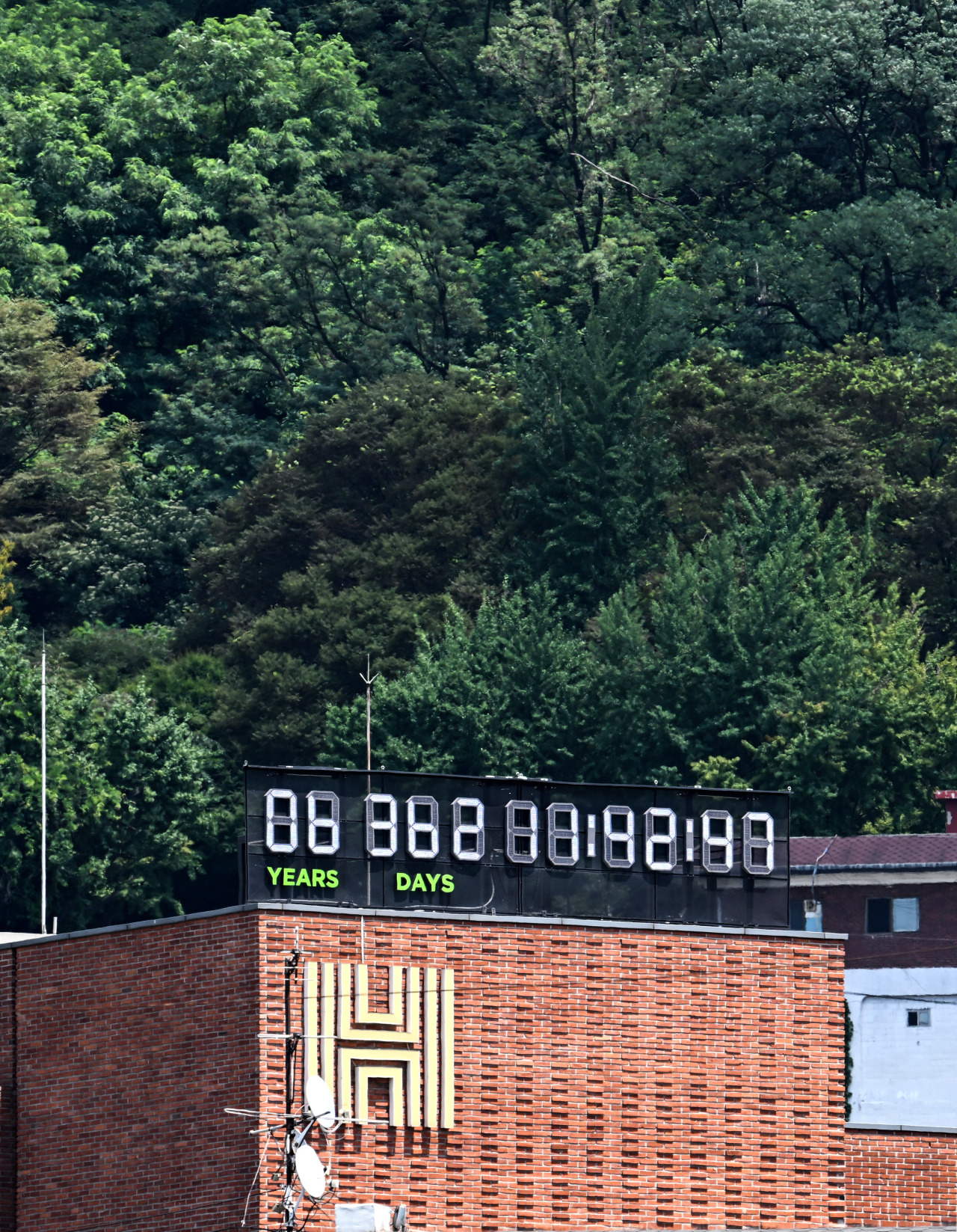 The Climate Clock on the roof of Herald Corp. headquarters in Seoul (The Korea Herald)
The Climate Clock, fist installed in Berlin in 2019, can be found in several major cities including New York, Rome and Glasgow.

Seoul got its own in May last year, as Herald Corp. inked an agreement with the operators to install the first Climate Clock in South Korea. The city of Jeonju, North Jeolla Province, followed suit in June this year.

Observing the clock’s ticking down to just under seven years on Friday, activists declared the day a Climate Emergency Day and called for a joint movement from government and industry leaders across the world.

It called for people across the world to observe a global moment of silence on Friday, inviting them to declare their climate resolution on social media with #MyClimateResolution.

The campaign was joined by renowned environmentalists and celebrities, including Nobel Peace Prize nominee Greta Thunberg. Thunberg led the “School Strike for Climate” movement -- an international movement of students skipping classes on Friday to partake in demonstrations calling for measures to prevent climate change.

“Climate Emergency seeks to express how important it is to take climate action now and how short a time we have! Yesterday, together with @climateclock.world we observed this day,” Okyeame Kwame, a Ghanaian musician and songwriter also known as Rap Doctor, wrote on his Instagram page.

The time displayed on the Climate Clock on the roof of Herald Corp. headquarters in central Seoul, in May 2021, September 2021, and July 2022. (The Korea Herald)