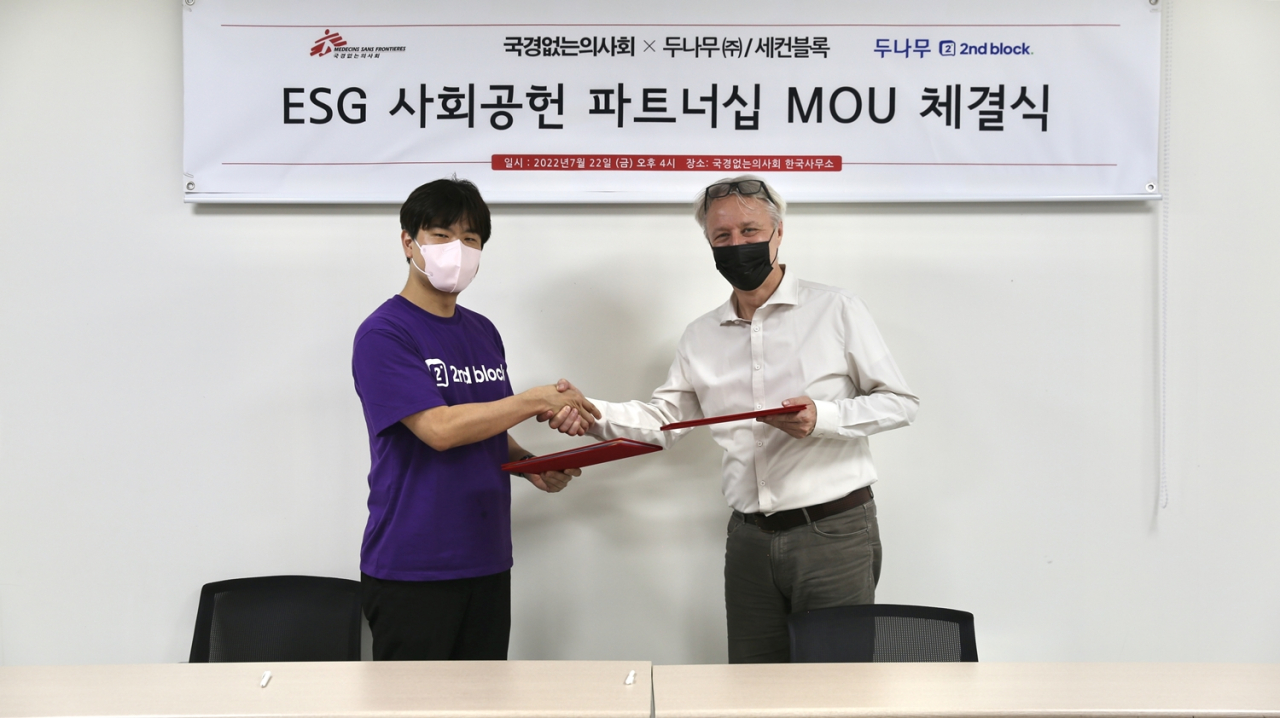 Dunamu and Doctors Without Borders sign memorandum of understanding to build metaverse map to help the global relief initiatives. (Dunamu)
Dunamu, the operator of one of South Korea’s largest crypto exchanges, has teamed up with the international humanitarian medical non-governmental organization Doctors Without Borders to build a map on its metaverse platform to help the global medical initiative, officials said Monday.

Dunamu and Doctors Without Borders, also known as Medecins Sans Frontieres, signed a memorandum to build a partnership on contributions in accordance with the environmental, social and governance movement in Seoul on Friday.

According to officials, the Missing Map project aims to create an accurate digital map of the relief area in a crowd-sourcing manner that allows public participation and information sharing.

Volunteers of Doctors Without Borders have continued to build on the Missing Map projects as they gathered in one area to carry out relief activities in different parts of the world.

With the MOU, volunteers of Doctors Without Borders in South Korea will be able to use 2nd Block to create the Missing Map with no restrictions in time or place as the metaverse platform is available anywhere and anytime, according to Dunamu

The company said it expects higher participation from domestic volunteers, and the collaboration will support relief activists in responding to contingencies more swiftly and accurately.