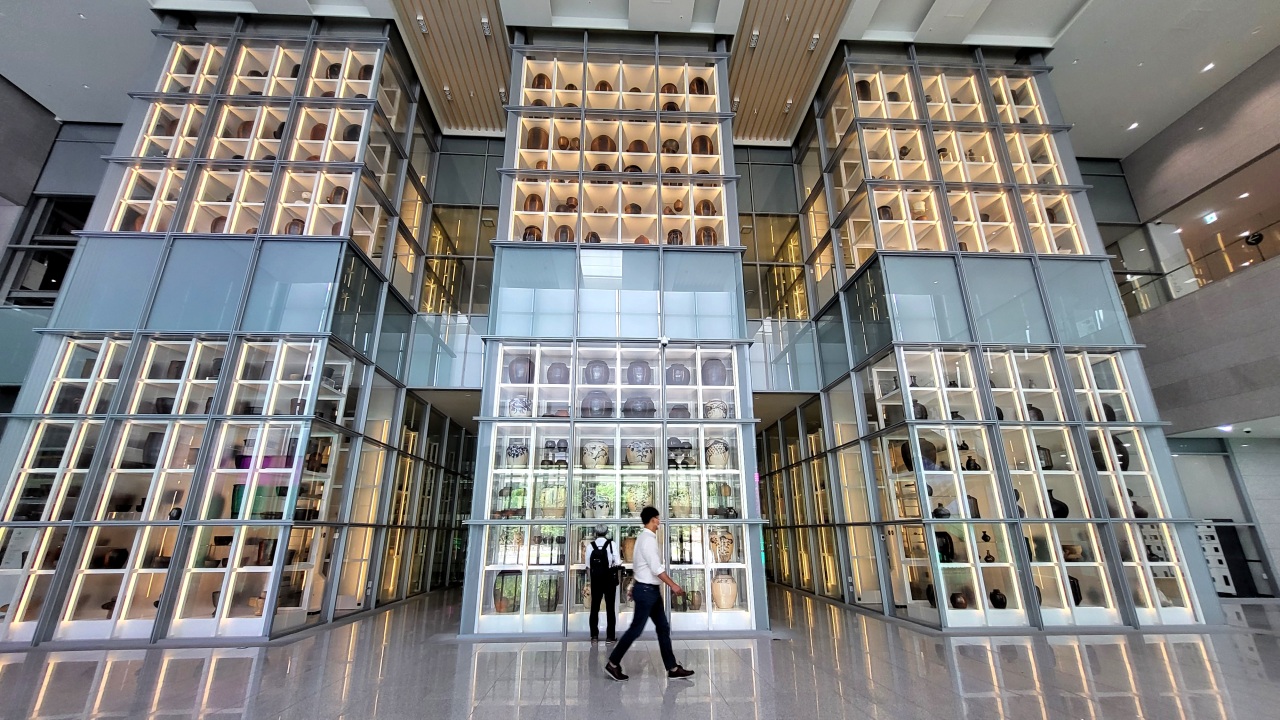 Relics are on display at the entrance of the NFMK, Paju. (Kim Hae-yeon/ The Korea Herald)
The National Folk Museum of Korea, Paju, a massive open storage facility in Paju, Gyeonggi Province, is marking its first anniversary with a special exhibition, “Folklore x Crafts: Simple and Neat.” the first-ever exhibition at the venue.

Some 49 works by 13 contemporary craft artists bridging tradition and modernity are on display in collaboration with the Korea Craft & Design Foundation. The 200 other pieces on show come from the NFMK Seoul’s collection.

Two types of crafts commonly found in Korean households -- soban, traditional tray-tables, and bandaji, traditional chests with decorative fittings, are brought to life with a modern sensibility and traditional aesthetics. 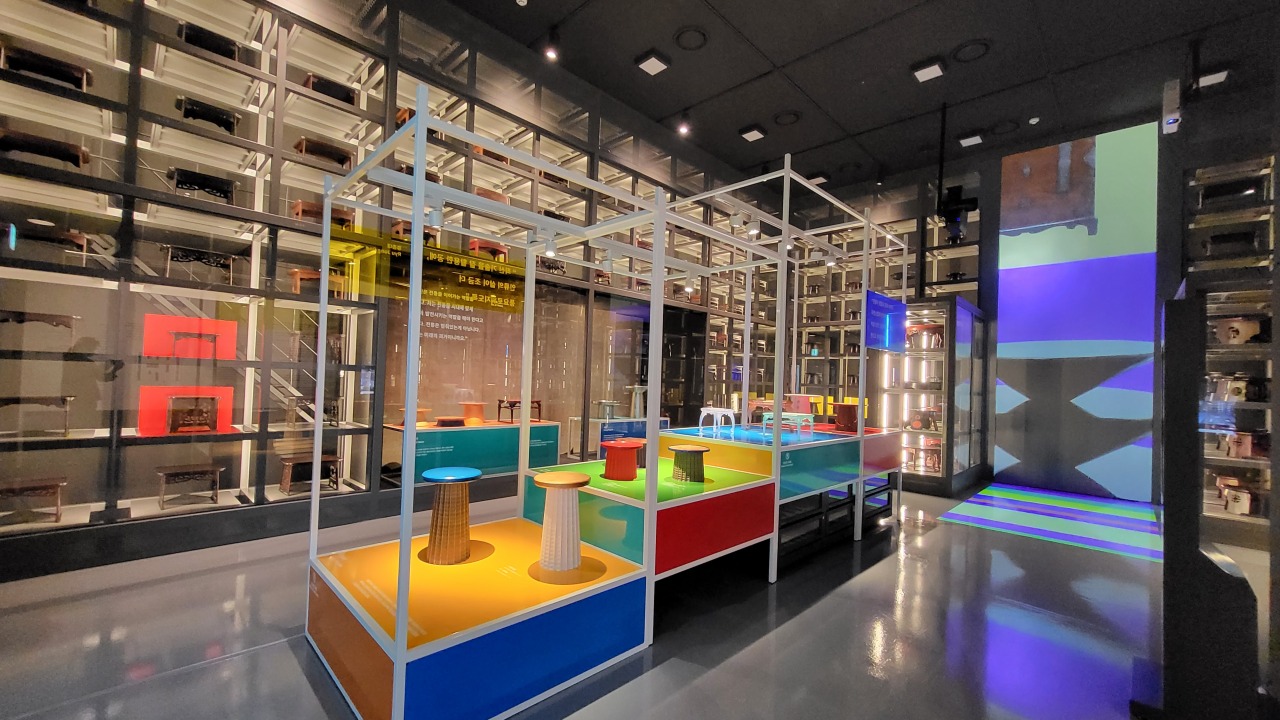 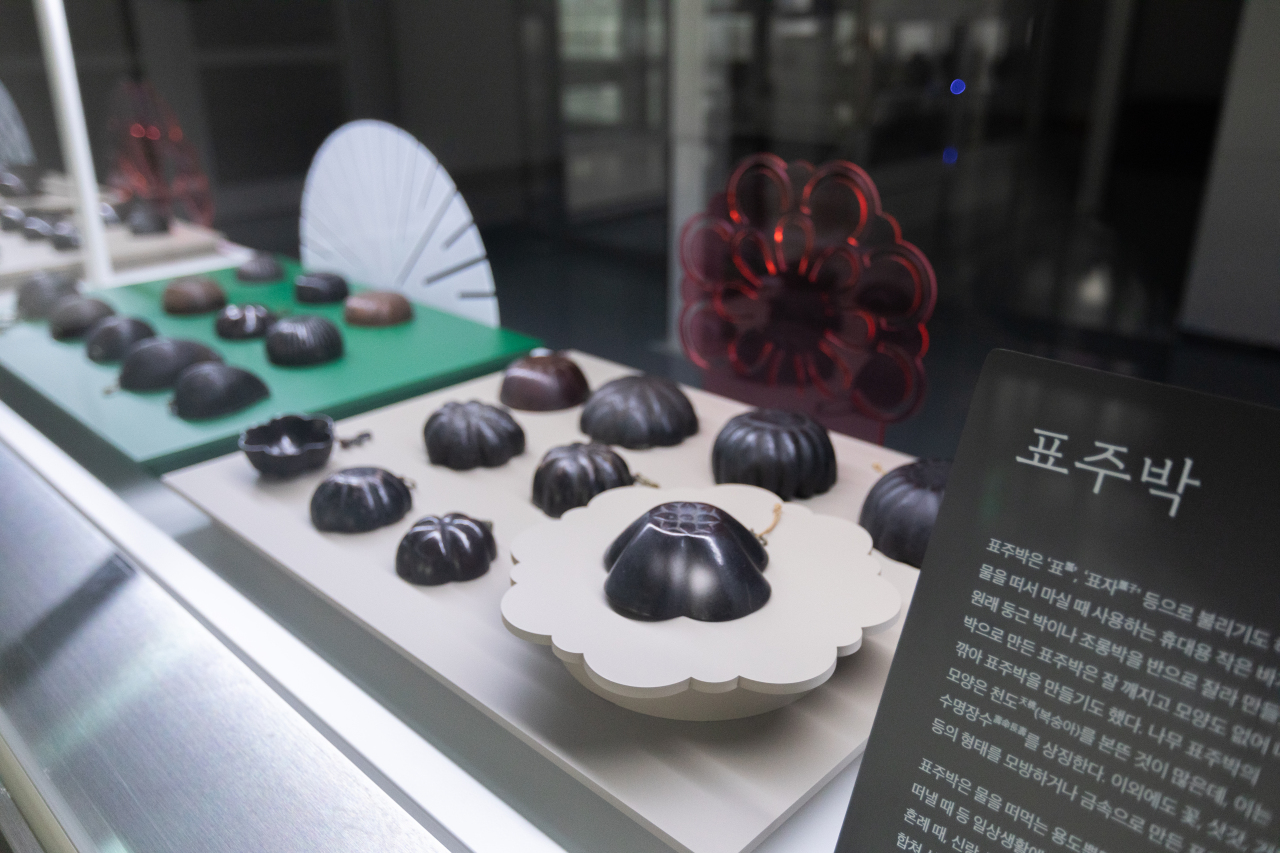 Pyojubak, small gourd dippers used for scooping water, are on display at storage warehouse No. 8. (NFMK)
“The most frequently asked question we get from our visitors is, ‘What’s the most important piece to look for?’” Kim Yun-jeong, a researcher and curator at the NFMK Paju, said during a press conference held at the exhibition venue Wednesday.

“I tell them that every piece has an equal value here, and it is up to the visitors to decide what relics to look into further, according to their interests,” said Kim.

The NFMK Paju was launched in July last year with the goal of making a wide range of the country’s cultural heritage and relics more accessible to the public.

The storage facility holds 86,289 folk relics and 840,450 archival material as of June, and is being updated on a regular basis.

Out of the 15 warehouses, 10 of them are open and can be viewed by the public at any time, with only some partial, limited access for preservation purposes.

The NFMK Conservation Team manages the storage facility taking into account such factors as optimal temperature, humidity and light for different types of artifacts. 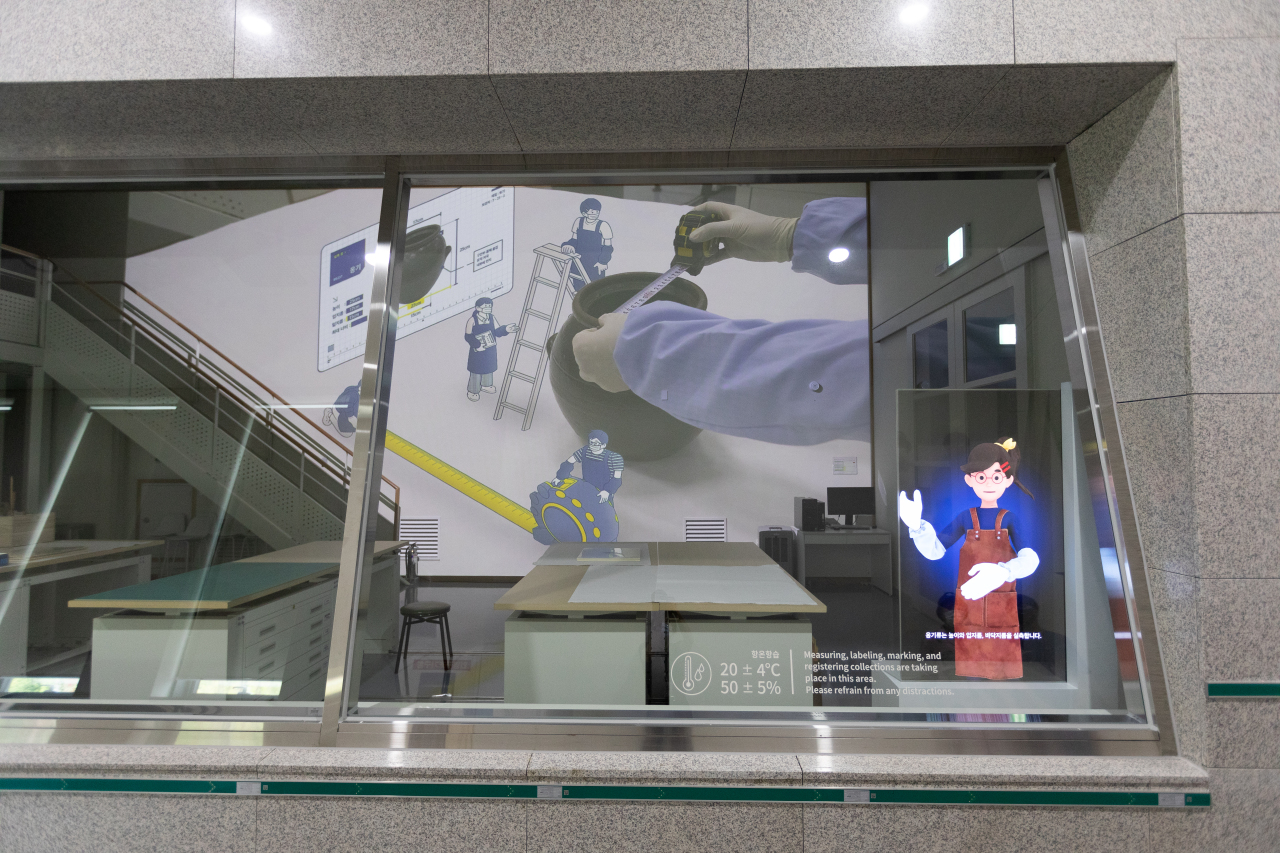 The Open Conservation Lab at the NFMK, Paju shows steps taken to register storage collections. (NFMK)
Unlike most museums and galleries that provide information next to each item on display for the convenience of visitors, most sections at the Paju storage have only code numbers attached to them. If visitors wish to see the details, the code can be entered on a separate screen for information.

Although the process might seem cumbersome, the idea is to make the public understand the concept of relics storage.

“This shift can hopefully allow ample space for individual visitors, both physically and mentally, to freely roam around and treasure hunt for favorite pieces. For the past year, I think we have done a decent job of making progress toward overturning people’s notions of a typical museum,” Kim said.