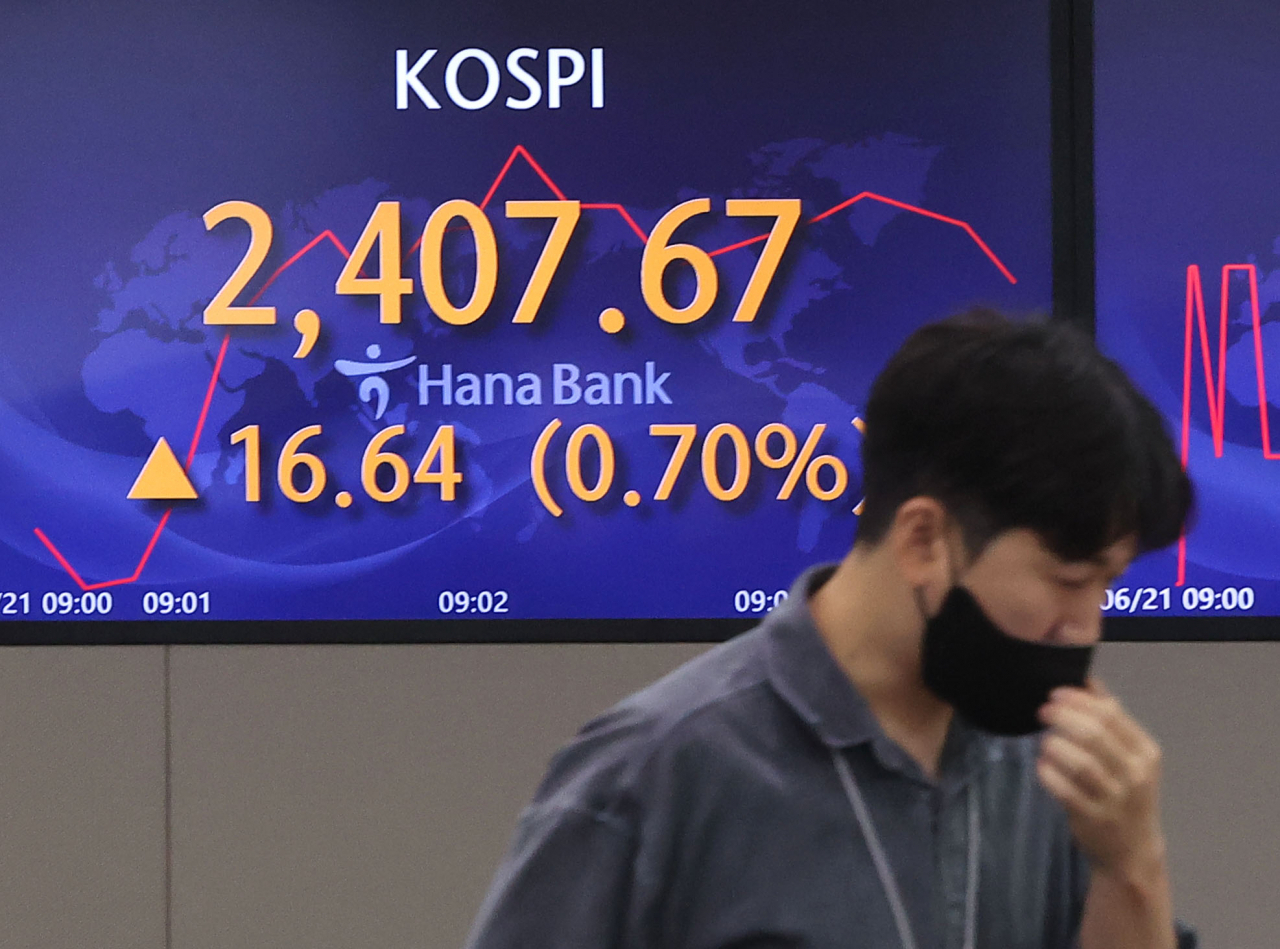 South Korean shares opened higher Monday amid lingering concerns that the global economy is teetering on the brink of a recession.

Foreigners and institutions went on a buying mode, while retail investors sold shares.

The local currency was trading at 1,311 won against the U.S. dollar, up 2 won from the previous session's close.