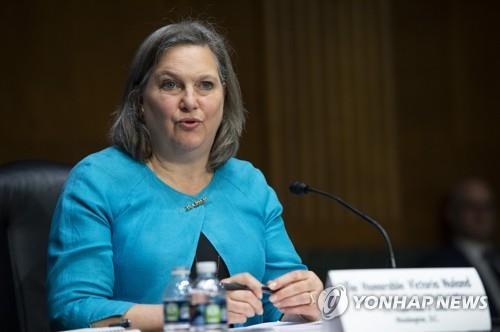 This file photo provided by UPI shows US Under Secretary of State for Political Affairs Victoria Nuland. (PHOTO NOT FOR SALE) (Yonhap)

A senior US State Department official will visit Seoul next week to discuss issues including Russia's war in Ukraine and North Korea's nuclear and missile threats, the department said.

Under Secretary of State for Political Affairs Victoria Nuland will visit Japan and South Korea from Monday to Thursday to meet with her counterparts from the foreign ministries and other government agencies of the respective countries.

Nuland will "coordinate on regional and global issues, including economic security, food security, Russia's war against Ukraine, and the threat to regional stability posed by the Democratic People's Republic of Korea," the department said in a press release, referring to North Korea by its official name. (Yonhap)