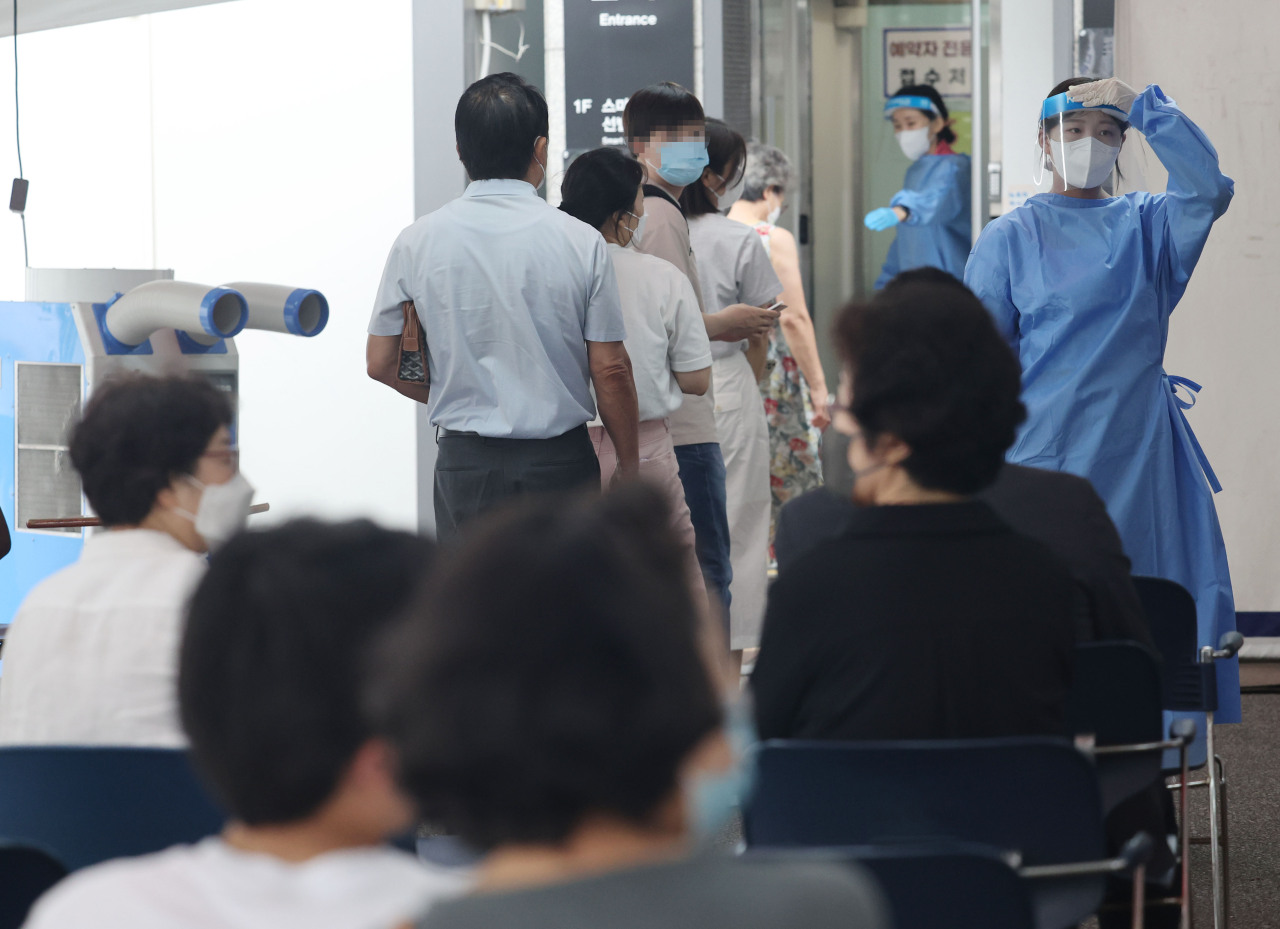 According to the Korea Disease Control and Prevention Agency, the country added 68,632 COVID-19 infections on Thursday. The daily tally is 9.5 times higher than 7,218 cases reported four weeks ago. The figure is also around 30,000 more than a week ago when the country reported added 38,882.

Amid the increasing number of new COVID-1 infections, the number of critically ill patients and deaths from the virus have been also gradually increasing.

On Thursday, the number of critically ill patients reached 130, going up from 107 a day earlier. The country also reported 31 deaths during the 24 hours of Thursday. The death toll went up to 24,825, and he fatality rate stood at 0.13 percent.

Interior Minister Lee Sang-min said Friday, “the recent upward trend in COVID-19 transmission has continued for four weeks, but there is still room in the country’s medical capacity” during a COVID-19 response meeting Friday.

According to Lee, the overall hospital bed occupancy rate is currently at around 20 percent, while the rate for seriously ill COVID-19 patients reach some 10 percent.

Lee added that the government will focus on having more people -- particularly those in high-risk groups -- to receive their COVID-19 booster shots at the moment, while securing additional hospital beds, pills, testing stations and medical facilities for the future.

Lee recommended people to keep basic safety protocols on attendance for social gathering and summer vacations. Lee noted the government would monitor the number of people at beaches during this summer travel season and inform the figure to guide travelers to choose less busy beaches.

Meanwhile, the country on Friday reported another patient infected with BA. 2.75, a newer omicron strain that is also known as “centaurus.” The country’s health authorities confirmed the infection six days after the person finished seven-day quarantine. Health authorities said they have confirmed that the patient had been in contact with 18 people, and they are currently being tested.