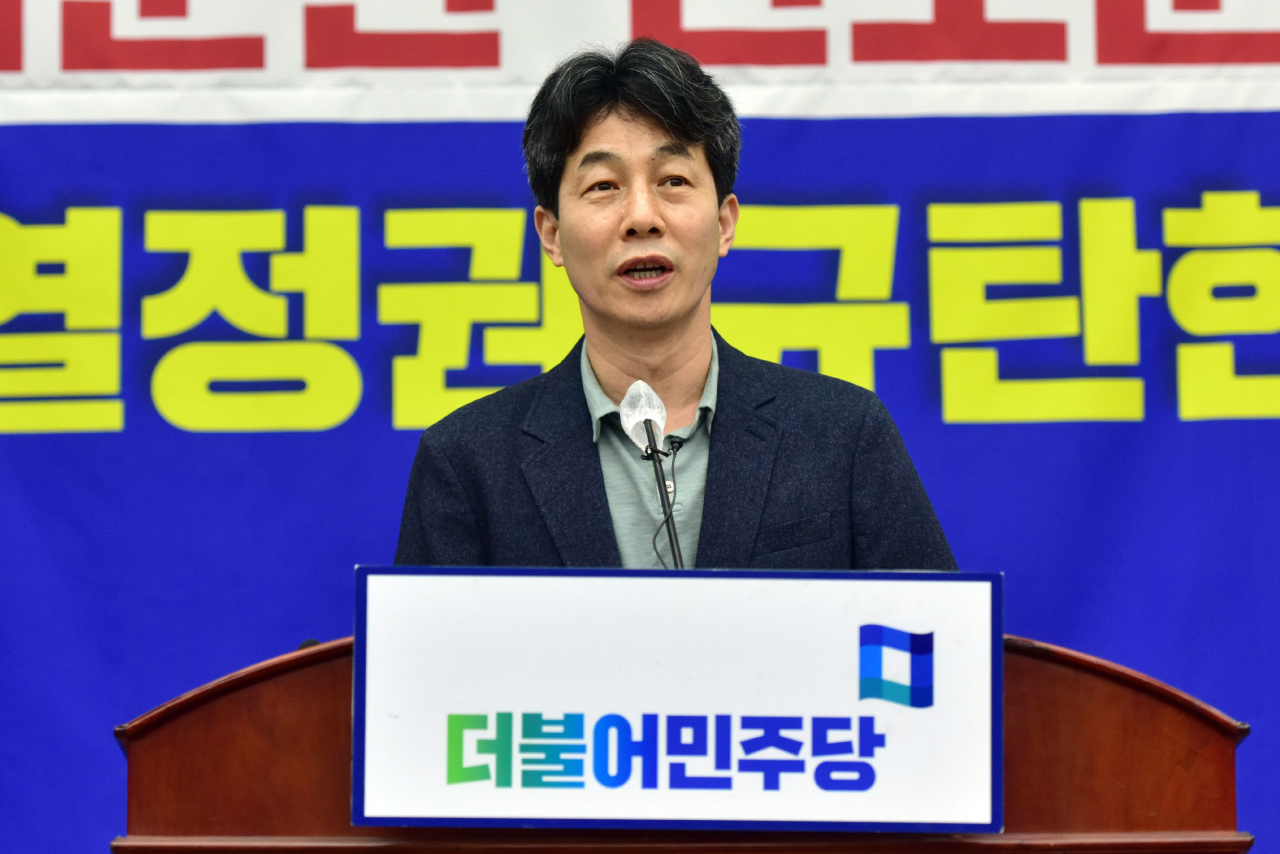 Democratic Party Rep. Yun Kun-young speaks at the party's general meeting of lawmakers at the National Assembly on Tuesday. (Yonhap)

The alleged killings were the main reason behind the Moon administration's decision to send the North Koreans back to their homeland, where they could face harsh punishment, even though they had expressed a desire to defect to South Korea.

On Wednesday, Rep. Han Ki-ho of the People Power Party (PPP), claimed the North Koreans had actually planned to help 16 people from five households in the North's northeastern city of Kimchaek flee to South Korea. Han, who cited accounts by defectors he did not identify, leads a PPP task force on national security incidents involving the previous administration.

"It's a ridiculous claim," Yun said in a radio interview with MBC, adding there are two reasons the previous government had held the North Korean fishermen accountable for the alleged killings.

"First, the military confirmed through SI that there had been a murder case in North Korean waters," he said, referring to signals intelligence obtained from intercepting signals. "Second, the two were questioned separately, and the confessions they made matched what was confirmed by intelligence assets of South Korea and the United States."

Yun criticized the ruling party for not trusting the military.

"The PPP's claim means they cannot recognize SI intelligence that was confirmed by our military, and intelligence assets of South Korea and the U.S.," he said. "It is making a fool out of the military."

Yun, who served as a key presidential aide to Moon, is a member of the DP's task force on the 2020 death of a South Korean fisheries official at the hands of North Korea. (Yonhap)