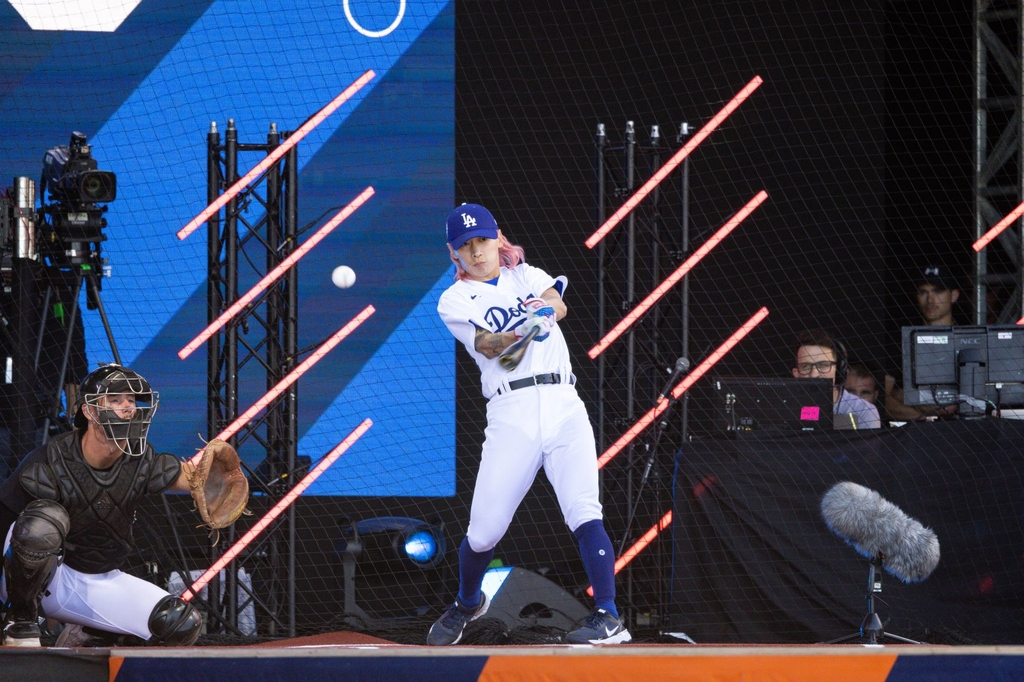 "FTX MLB Home Run Derby X" will stop in Incheon, some 30 kilometers west of Seoul, on Sept. 17. London hosted the inaugural event on July 9, and the tour will also visit Mexico City in October.

Each team will have a former big leaguer (Legend), a softball or women's baseball star (Superstar) and an influential content creator (Wild Card). Organizers said new players under the category "Hero" will be added for the South Korean event only.

Legends for the four franchises are: Jonny Gomes for the Red Sox, Geovany Soto for the Cubs, Adrian Gonzalez for the Dodgers and Nick Swisher for the Yankees.

The four combined for 832 career big league home runs, led by Gonzalez's 317. The two-time Silver Slugger Award winner had nine 20-homer seasons, including a career-high 40 in 2009.

Swisher had 245 dingers and nine consecutive 20-homer seasons, beginning in 2005.

For the Dodgers, South Korean short track speed skating star Kwak Yoon-gy made his debut as a Wild Card in London and hit his first home run there.

In the contest, hitters will swing at 25 pitches and take up to 10 pitches. They will get one point for every home run and also earn points by hitting targets -- two of them set up 160 feet from home plate and another two beyond the outfield fence.

The opposition will have players in the outfield, and a catch of any ball that fails to clear the fence is worth a point.

Tickets for the Incheon event went on sale Thursday. (Yonhap)