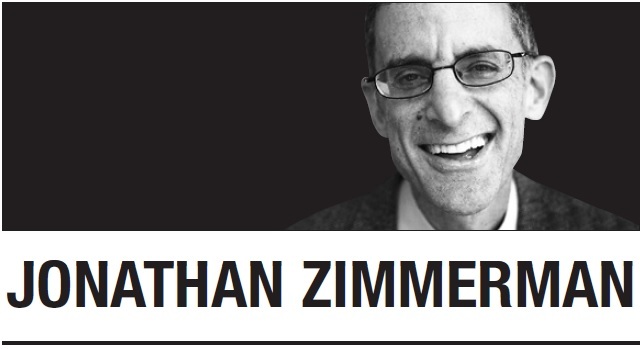 In April 1909, New York Highlanders‘ first baseman Hal Chase was hospitalized with smallpox near the team’s spring training site in Georgia. The rest of the squad -- which would be renamed the Yankees in 1913 -- took an overnight train to Richmond, Virginia, where they were scheduled to play an exhibition game against a minor league team before the regular season started.

But first, the players would need to undergo medical examinations to make sure they were not infected with the disease or at risk of spreading it to others. Informed about the Highlanders‘ situation, Surgeon General Walter Wyman sent Dr. Joseph Goldberger, a physician from the US Public Health Service, to Richmond “to pass upon the matter for the Government before the party be allowed to cross the Potomac,” as The New York Times reported.

The players, staff and accompanying newspaper reporters had already been vaccinated against smallpox. But the only way to know if a vaccination was effective was by examining the scar that it left. So “each man bared his arm,” the Times noted, “which revealed conditions to the medical experts.” Four players, a trainer and a journalist didn’t have visible scarring, so they were vaccinated again, along with two other players who had gone home and could not be examined by Goldberger.

A century later, the most remarkable part of this story is how unremarkable it was. As best as I can tell, nobody in the Highlanders organization resisted getting the vaccine. Nor did anyone on the Boston Red Sox refuse the following spring, when the team required players to be vaccinated against smallpox before the Sox went south for spring training.

Fast-forward to last week, when 10 Kansas City Royals could not accompany their team to Toronto because they hadn‘t been vaccinated against COVID-19, and you’ll see how times have changed. We have always had vaccine skeptics in America, of course. But in our schools and other institutions -- including professional sports leagues -- we also had a strong consensus that everyone should be immunized against disease, no matter what they believed about it.

That‘s gone now. Vaccination has become a “personal choice,” akin to the beer you drink or the car you drive. The most important thing, according to this point of view, is the individual. Everything else -- team, community, nation -- comes second.

Royals second baseman Whit Merrifield made that crystal clear last week in comments to reporters about why he wouldn’t be traveling to Canada, which has barred unvaccinated players. If he is traded from the cellar-dwelling Royals to a playoff contender, Merrifield said, he might reconsider. “But as we sit here right now, I‘m comfortable with my decision,” he added.

Translated: It’s all about me. I don‘t want to get vaccinated right now because it’s not worth the risk. But if I move to a better team, it might be. I‘ll keep my options open.

Never mind that the “risk” of the vaccine is negligible, according to every credible scientific study, or that the best thing you can do to keep yourself and others protected against a severe case of COVID-19 is to get vaccinated and boosted. Back in 1909, the New York Highlanders deferred to medical experts. But now each person gets to decide, no matter what the experts say.

This matter is personal for me, too, because I’m married to an infectious disease doctor. She has spent her adult life studying how infections occur and how we can prevent them from spreading. She would never consider telling Merrifield how to lay down a bunt, scoop up a grounder or steal a base. But somehow, Merrifield‘s judgment about vaccination takes precedence over hers.

And we seem to be OK with that, which is the most baffling thing of all. When four unvaccinated members of my hometown Philadelphia Phillies couldn’t travel to Toronto for two games -- both of which the Phillies lost, by the way -- other players defended their decision. It “doesn‘t mean someone’s being a bad teammate because they didn‘t get (vaccinated),” All-Star outfielder Kyle Schwarber said.

Actually, it does. It means you’d rather take yourself out of the lineup than take a few shots. It means that you‘re willing to put your fellow players at greater risk of disease. And it means, most of all, that you matter more than anyone or anything else. That doesn’t make you a good teammate, or a good citizen. It makes you an all-too-familiar figure, in our “me-first” nation: a selfish brat.