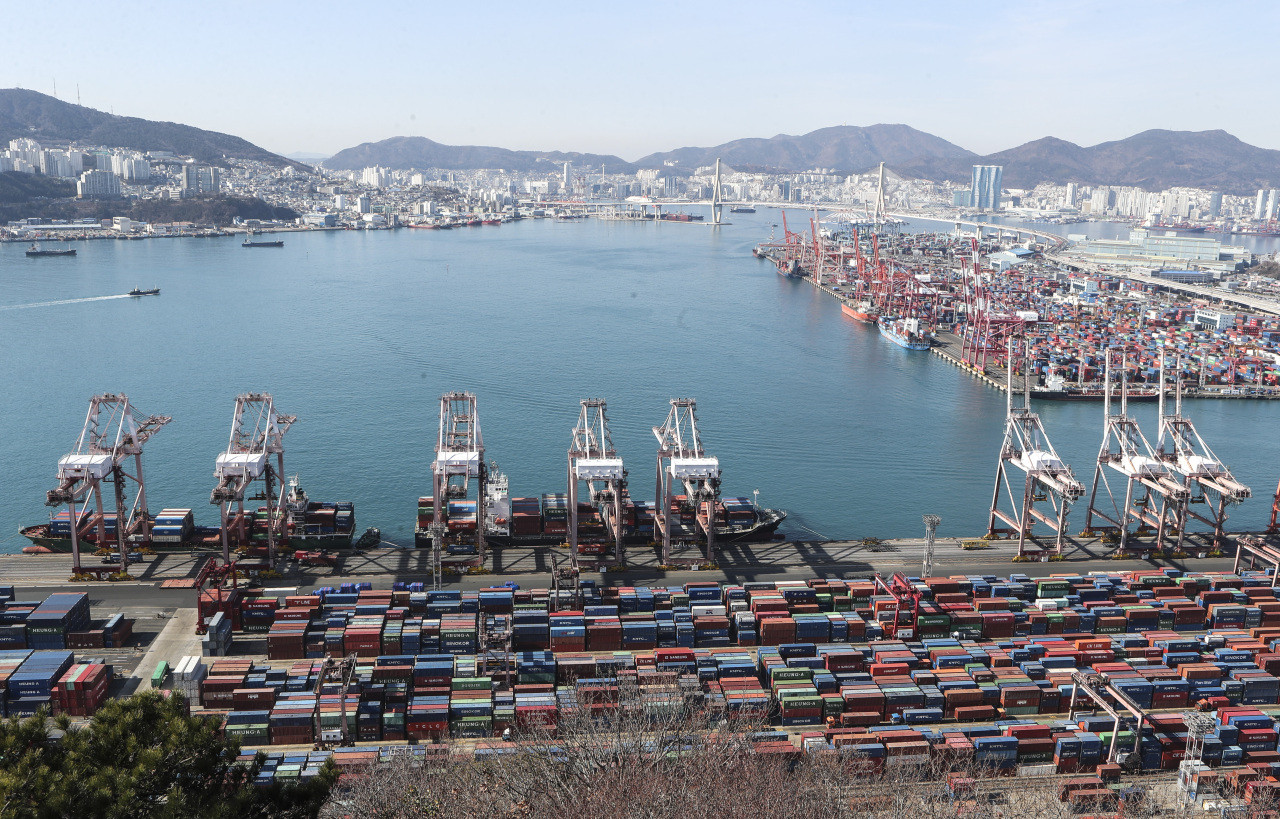 Containers are stacked up for outbound shipments at Gamman Pier in Busan on Friday. According to provisional tallies by customs authorities, the country's exports came in at $34.4 billion during the first 20 days of the year, up 22 percent from a year before. (Yonhap)

The Asian Development Bank (ADB) on Thursday slashed its 2022 growth outlook for the South Korean economy to 2.6 percent amid the ongoing Ukraine crisis and aggressive monetary tightening by major countries.

The bank cited the slowdown in the global economic growth and interest rate hikes as reasons for its downward revision despite strong external demand.

In June, the Seoul government also lowered its 2022 economic growth outlook to 2.6 percent from its earlier forecast of 3.1 percent.

The Bank of Korea also revised down its growth projection for this year to 2.7 percent from a 3 percent rise projected three months earlier.

As for inflation, the ADB sharply raised its 2022 outlook for South Korea to 4.5 percent from its April forecast of 3.2 percent. It also raised the country's inflation growth outlook for next year to 3 percent, up 1 percentage point from its previous forecast.

South Korea's consumer prices jumped 6 percent in June from a year earlier, the fastest rise in about 24 years and accelerating from a 5.4 percent spike the previous month.

Meanwhile, the ADB lowered its 2022 average growth outlook for 46 developing Asian countries to 4.6 percent from 5.2 percent. It forecast those countries to grow 5.2 percent in 2023.

The ADB said it made the gloomy forecast due mainly to global supply disruptions caused by the crisis surrounding Ukraine and aggressive monetary tightening by the United States and other major nations. (Yonhap)