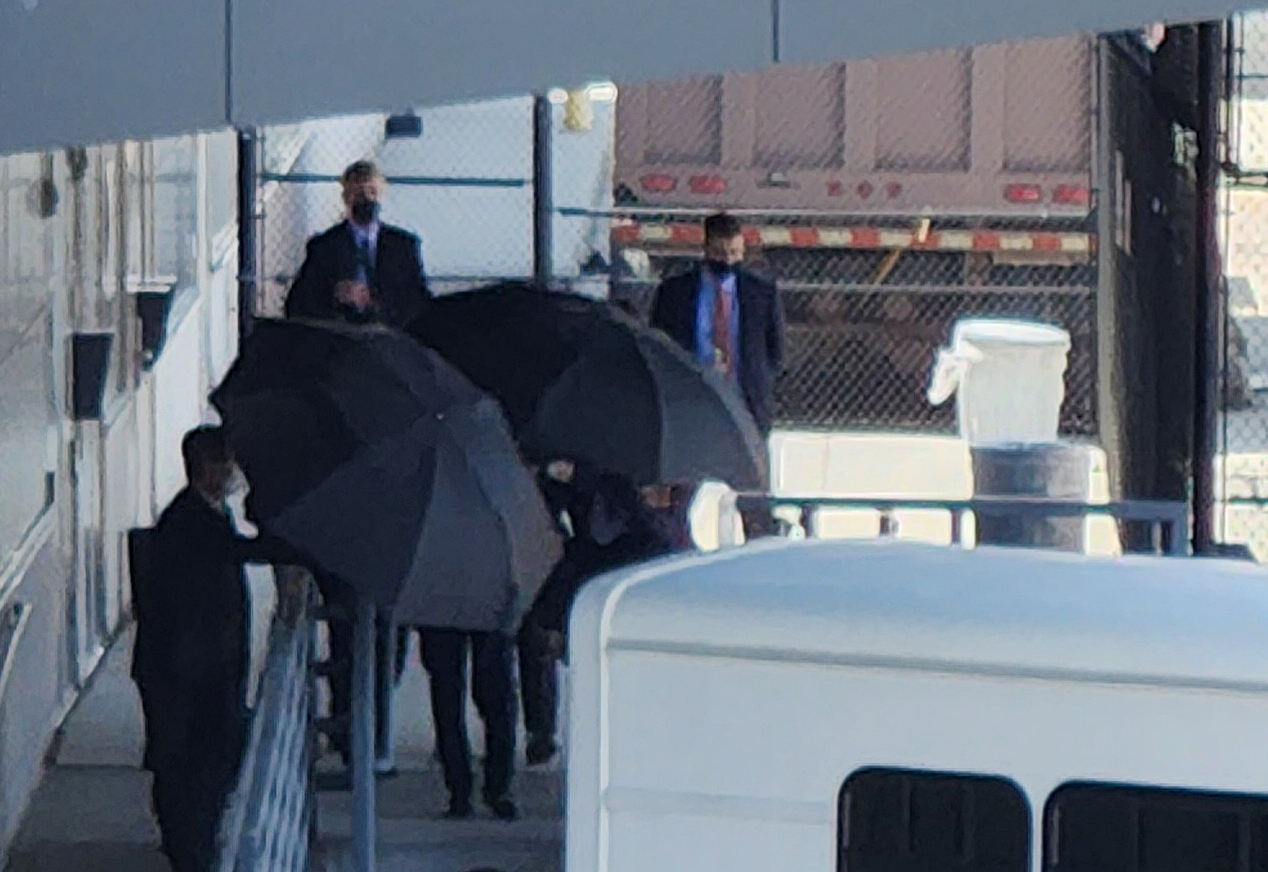 NIS Director Kim Kyou-hyun enters the US through Dulles International Airport near Washington, DC on Tuesday (local time). Employees held umbrellas to block Kim’s from being seen in photographs. (Yonhap)
South Korea’s National Intelligence Service Director Kim Kyou-hyun is in the US for an unofficial visit, amid the possibility of North Korea’s seventh nuclear test. He is expected to discuss issues related to Pyongyang’s provocations and recent controversies over the repatriation of North Korean fishermen with US top intelligence officials.

Kim was seen by the media entering the country on Tuesday morning (local time) through Dulles International Airport near Washington, DC. Photos showed he coming out of the airport through the VIP entrance while employees covered his face with an umbrella to hide his identity.

It is Kim’s first visit to the US since Yoon took office in May. Both NIS and the presidential office declined to confirm any of his schedules.

Earlier, Kim attended a close-door meeting of intelligence agencies held separately during the Shangri-La Dialogue in Singapore from June 10 to 12 and met Director Haines.

Some predict the possibility of Kim also paying a courtesy call to President Joe Biden as William Burns met President Moon Jae-in when he visited Korea in October last year although the chance is still low.

During his visit to the US, Kim is expected to share updates on the situation on the Korean Peninsula, including North Korea’s provocative moves such as ballistic missiles and nuclear tests, and discuss countermeasures such as sanctions against North Korea.

There is also a possibility that Director Kim may explain the position of the Yoon Suk-yeol administration in connection with the controversial forced repatriation of North Korean fishermen under the former Moon Jae-in administration and the shooting of a South Korean civil servant in the West Sea.

“Although everything is an assumption, the NIS chief’s visit to the US is for intelligence sharing rather than political strategy,” said Seo Jung-kun, a politics and economics professor at Kyung Hee University.

“They can share information on North Korea‘s nuclear test or coordinate their voices to be in the same page,” Seo said. As for the two issues of the fishermen and the killing of a South Korean official, Kim wanted to explain Yoon’s position or the US demanded more detailed information, the professor added.

The NIS accused former NIS chiefs Park Jie-won and Suh Hoon under Moon’s administration on charges of unauthorized deletion of intelligence reports related to the shooting of a civil servant in the West Sea and early termination of a joint investigation into the controversy over the forced repatriation of North Korean fishermen.

When asked by a reporter about the repatriation of the North Korean fishermen on Tuesday, US State Department spokesman Ned Price said, “When it comes to the removals of individuals from South Korea, I would have to defer to the South Korean government to speak to that process.”