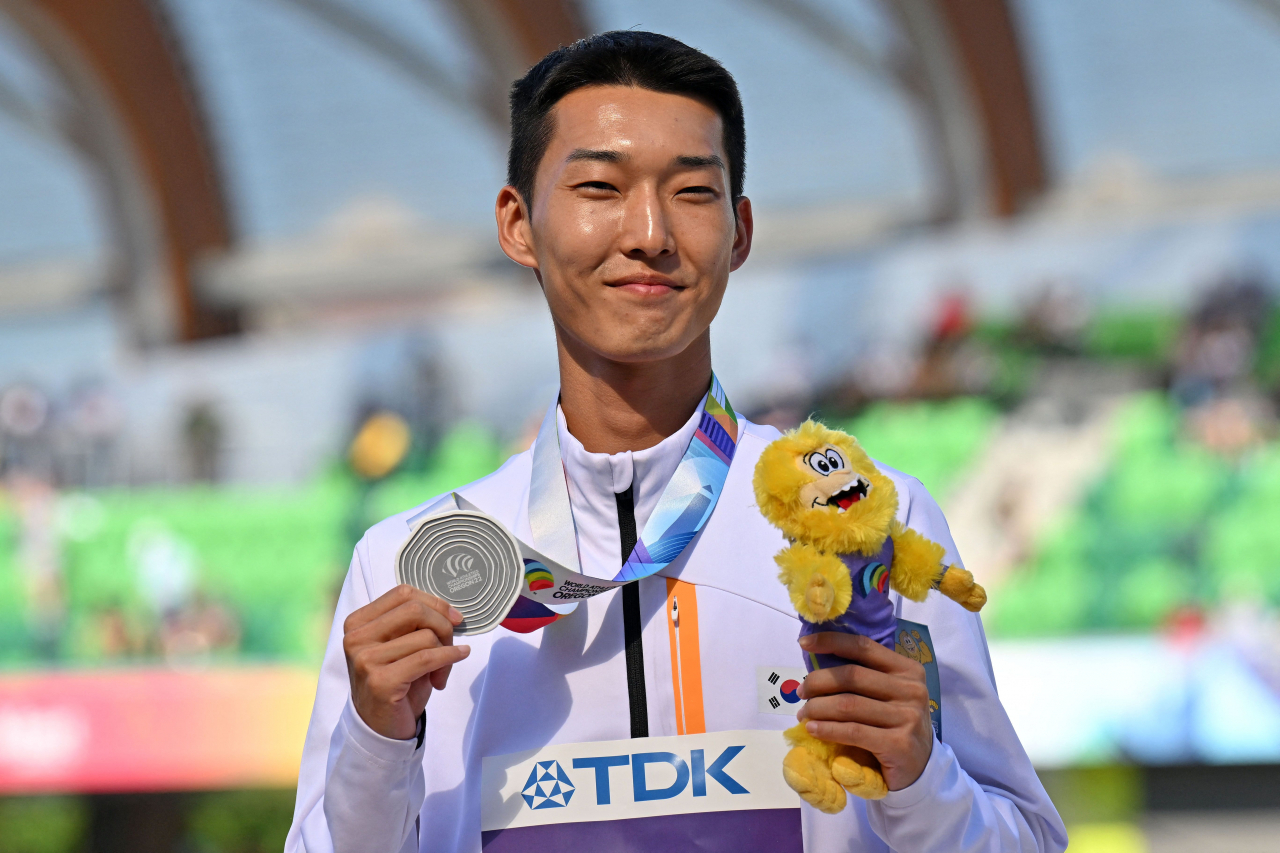 In this Getty Images photo, Woo Sang-hyeok of South Korea poses with his silver medal during the medal ceremony for the men's high jump at the World Athletics Championships at Hayward Field in Eugene, Oregon, on Tuesday. (Getty Images)

Woo was feted with two other medalists during the official medal ceremony of the World Athletics Championships at Hayward Field in Eugene, Oregon, on Tuesday (local time).

On Monday, Woo grabbed silver by clearing 2.35 meters. It was the best performance by a South Korean athlete in any discipline at the world championships.

Mutaz Essa Barshim of Qatar won the gold at 2.37m, and Andriy Protsenko of Ukraine got the bronze at 2.33m. The medalists received their prizes in a more informal ceremony immediately after their competition.

Though Woo is the second South Korean medalist at the worlds, he is the first to stand on the podium in an official ceremony.

Race walker Kim Hyun-sub is the first world championship medalist from South Korea. But he finished in sixth place in the men's 20km race walk in 2011 and was only moved up to bronze in 2019, after those who'd finished ahead of him failed doping tests.

Woo, who had won the world indoor championship gold medal in March, is scheduled to return home Thursday evening. (Yonhap)