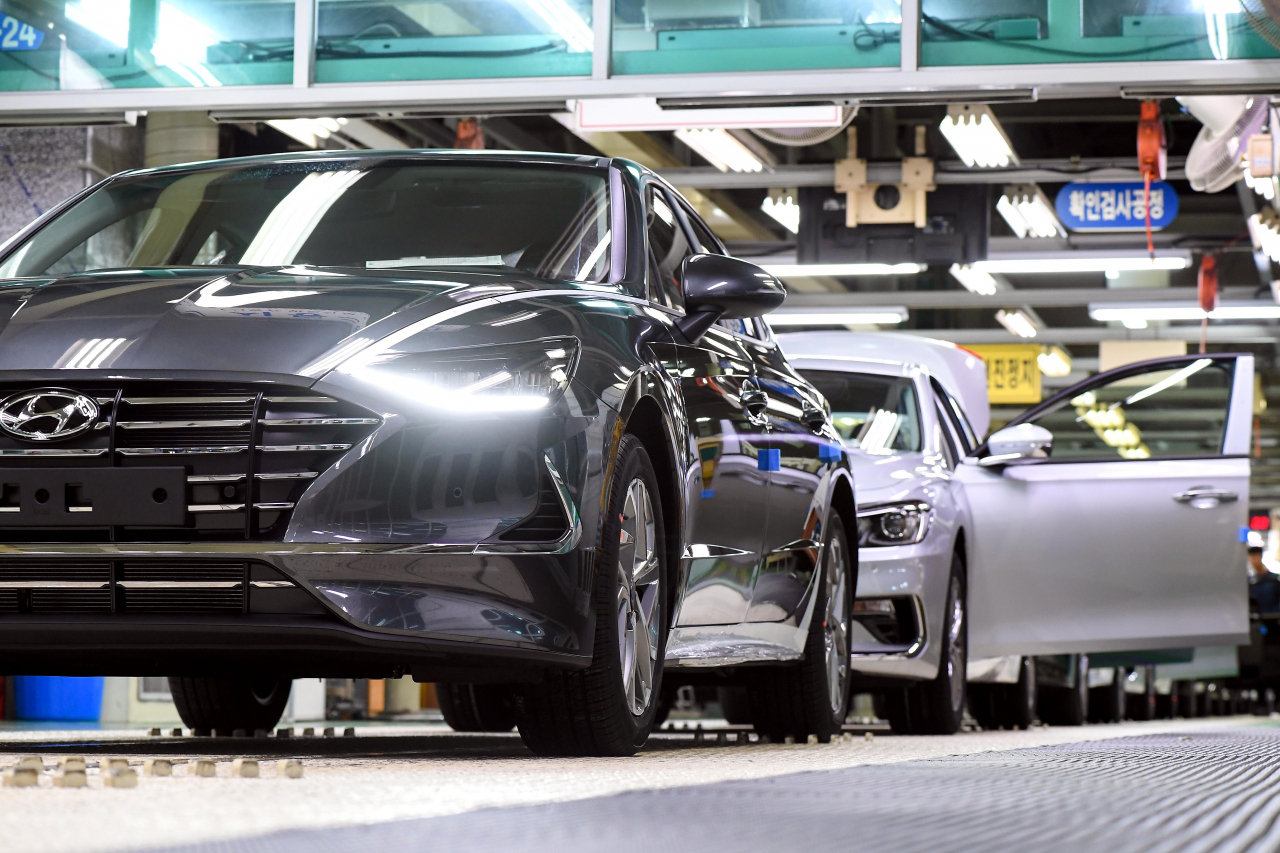 Despite unfavorable factors amid ongoing shortage of automotive semiconductors such as COVID-19 pandemic, Russia-Ukraine war and local cargo truckers’ nationwide strike, the carmaker’s sales strategy in high-cost SUV models and luxury brand Genesis cars worked, along with overseas sales growth in US, Europe and India amid increased exchange rate, according to market experts. From April to June, an average exchange rate of won-dollar came at 1,298 won, about 16 percent higher than in 2021.

According to quarterly data compiled by local securities firms, Hyundai Motor’s Q2 sales are expected to reach 33.8 trillion won, up about 9.1 percent from last year’s Q2 sales. Its operating profit rate is also expected to rise from 6.2 percent to 6.9 percent over the same period.

Experts said Kia would post record-high performance for the second quarter, at around 20.2 trillion won in sales and operating profit at 1.8 trillion won -- both rising by 10.3 percent and 23.8 percent on-year.

“Hyundai and Kia are expected to post even-higher sales in Q3, as the global semiconductor shortage, which had been crippling production for a year and a half, is easing,” said Kim Dong-ha, a researcher at Hanwha Investment and Securities.

In the first half of this year, Hyundai Motor and Kia sold a total of 556,369 units of cars in Europe, an increase of 12.6 percent from a year ago. It climbed to third in terms of market share, though the overall market shrank by 13.7 percent in terms of total sales.

Hyundai Motor’s luxury brand Genesis sold the most 25,688 units in the US from January to June period.