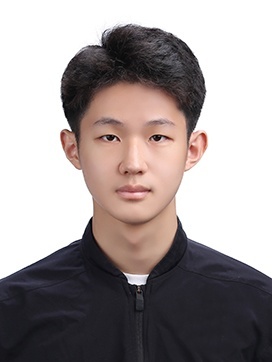 
Below is a winning essay from The Herald-Pioneer Essay Contest. -- Ed.

Former US President Barack Obama once said, “Globalization is a fact, because of technology…we’re not going to be able to build a wall around that.” Technological innovation ushered human globalization, an interconnected economic, political, and cultural chain of a global scale. While globalization might seem like humanity’s step towards Utopia, its rise has also led to distinct downsides, such as widening economic polarization. In order to maximize the benefits of globalization and minimize its harms, global leaders must identify and address the economic polarization caused by globalization, and must take action to curtail the gap between More Economically Developed Countries (MEDCs) and Less Economically Developed Countries (LEDCs) through widening global access towards technology.

The revolutionary invention of the internet in the 1990s by Tim Berners-Lee led to the near-complete globalization of the modern world. With innovations like smartphones, the 21st century became a new phase for humanity as cheaper and accessible technology formed a global information chain. During this process, companies with the capital to run transnational businesses on the internet dominated the world economy. Some examples are Apple and Google, taking massive advantage of technological globalization. Due to such events, individual economic abilities became more and more polarized, as those with access to technology gained more economic opportunities.

Technology-led globalization surely has various advantages. One advantage is global trade, opening up countries’ access to a wider export market. Individual companies benefited from the expanded market revenues, as they expanded into a transnational business. Outsourced labor allowed a rapid global expansion of multinational corporations (MNCs), which utilize cheap foreign labor. MNCs have also reached out to the global market, advertising their products all over the world. Human dependency on global brands and companies in international markets has grown to an unimaginable level. The diversified consumer pools and the easier access to affordable labor in the global market allowed more opportunities for corporations, forming an interconnected ‘global value chain’ of commodities and services.

However, globalization also led to economic polarization on a global scale. This can be defined from a microeconomic standpoint as the polarization between companies and workers, but also between wealthy MEDCs and LEDCs at a macroeconomic level. MNCs seek cheap LEDC labor to maximize their profit, while LEDC laborers work in harsh, abusive conditions. Top revenue MNCs like Apple, Amazon, and Samsung easily make much more than the poorest LEDCs of Africa. Countries in poverty cannot provide their citizens with basic living standards. The transnational monopoly generating unimaginable revenue each year is earned through suffering on the opposite part of the world. One billion people live in “extreme poverty”, living on a budget of fewer than 1.25 dollars a day to provide themselves food, water, and shelter. While we have the opportunity to enjoy the innovative technologies of the modern era, many still struggle to survive.

To minimize the perils of globalization, and lessen the extreme economic polarization between MEDCs and LEDCs, we need active international cooperation. Since 1971, the United Nations (UN) has supported LEDCs on an international scale. Under the UN and their Commitment for Development Policy (CDP), countries have been graded on their economic situation. The ultimate goal is to help LEDCs reach ‘graduation’, and achieve economic stabilization to a certain level.  Also, through International Support Measures (ISM), LEDCs such as Samoa in 2014, Equatorial Guinea in 2017, and Vanuatu in 2020 achieved ‘graduation’. To expand the scale of such beneficial operations, it is important to include both MEDCs and innovative private companies in future endeavors. A key example is SpaceX, who invented the‘Starlink’ system that allows internet connection in any country through a global satellite network. With hardware that connects to these satellites, anyone can enjoy an affordable and facile internet. An example is Ukraine, where a government official asked SpaceX’s chief Elon Musk to activate the Starlink system due to the damages on Ukraine’s internet infrastructures. This allowed the Ukrainian government and citizens to continue their internet access. As such, a plausible solution is where LEDCs enjoy modern technology in rural areas through a ‘package deal’, based on a technology package by SpaceX’s Starlink system provided by the UN. Electronic devices will be collected from the fifty million ‘E-waste’ produced by MEDCs and transported to LEDCs.  To back up healthcare, a medical service that collects biometric information such as heart rate, electrocardiogram, and blood pressure will be applied through sensors being mounted on electronic devices that operate through a mobile application. Education will be available through an educational mobile application designed by local universities and their students in local languages and English. This will allow equal education for young generations to rise as global leaders. These programs are a mere prototype, but will definitely be a major breakthrough for solving global disparities.

The advantages and disadvantages of globalization are clear, as it brought the world an unfathomable opportunity of global interaction, but also worsened economic polarization.  To solve the biggest issue of the wealth gap between people that limits all people from enjoying innovative technology and a higher quality of life, global entities such as the UN, MEDCs, LEDCs, and MNCs must collaborate to make the benefits of globalization truly ‘global.’ Only humanity’s united and coordinated effort can maximize the benefits of globalization and solve its perils.

*This student interview was conducted by Mr. Brian Cooper, who was the former the director of Duke University’s Talent Identification Program (TIP), and currently leads the Research & Development department at Pioneer Academics. The Pioneer Research Program is the world’s only fully-accredited online research program for high school students. Also, the Pioneer research program has world’s only online academic system that is trusted and recognized by the most selective universities and colleges.

Why did you choose to enter the Pioneer Academics – Korea Herald essay contest?

I was eager to receive feedback on both my ideas and writing, so that I would have a chance to develop my own opinions and broaden my perspective towards global issues.

Your essay discusses the potential for technology to address global economic polarization.

- How did you decide to write about this particular topic?

I like to learn about new technology and products that are being developed in this era of the Fourth Industrial Revolution, such as Artificial Intelligence, Big Data, and how it has been utilized by worldwide companies. The correlation between [technological] advancements and the economic system of the world was complex, but seemed worth analyzing, as I believed it will determine the next phase of industries.

- How does this topic relate to your academic interests?

I have great passion towards macro level economics. I like to read about recent economic events, both at a global or national scale or a community level scale. Furthermore, since technology took a primary role in the trending of globalization, my interests in modern technology and its advancements were also related to the topic.

- What has promoted your desire to address economic polarization and inequality? Why are those issues problematic? Why are they important to you?

As I was writing this essay and putting emphasis to these global issues, I started to understand the consequences of rapid change. It seemed as if the advancements that were shown to have so many benefits had flaws as well, and I developed a firm belief that the world wouldn’t advance or improve without these issues being resolved.

What teachers, or other adults in your life, have most helped you develop your critical thinking and writing skills?

There are numerous people who I have received help in developing my critical thinking and writing skills, but if I had to choose one of them, I would choose my father. With his guidance… I was also able to think in a broader view adapted to a global scale. This allowed me to critically think and analyze aspects from multiple perspectives…. [He] taught me how to listen to ideas, but also think about their weaknesses and flaws at times to seek improvement.

Pioneer Academics offers young scholars the opportunity to pursue their own original research in one of 30 different research areas or disciplines, which you can view at https://pioneeracademics.com/academics/. In which of those disciplines would you be most interested in pursuing research? Why?

I would be most interested in pursuing the Economics section as my area of research if I had the chance to be a part of the Pioneer Academics research program. I feel that my research towards an area of study I am passionate about, especially regarding economics, would help me to grow as a young economist and future expert.

What have you learned through your participation in this essay contest?

I learned to critically view a global issue. I developed my skills in forming an original idea of my own, based on my self-determined research. I was able to broaden my perspective to a whole new level in a way that I would love to keep on developing, as I experienced in analyzing a prompt worth discussing about for the future. I was also able to reach new heights in becoming a researcher. I learned to think in a complex way, but also to organize these complex ideas into a coherent essay of my own.