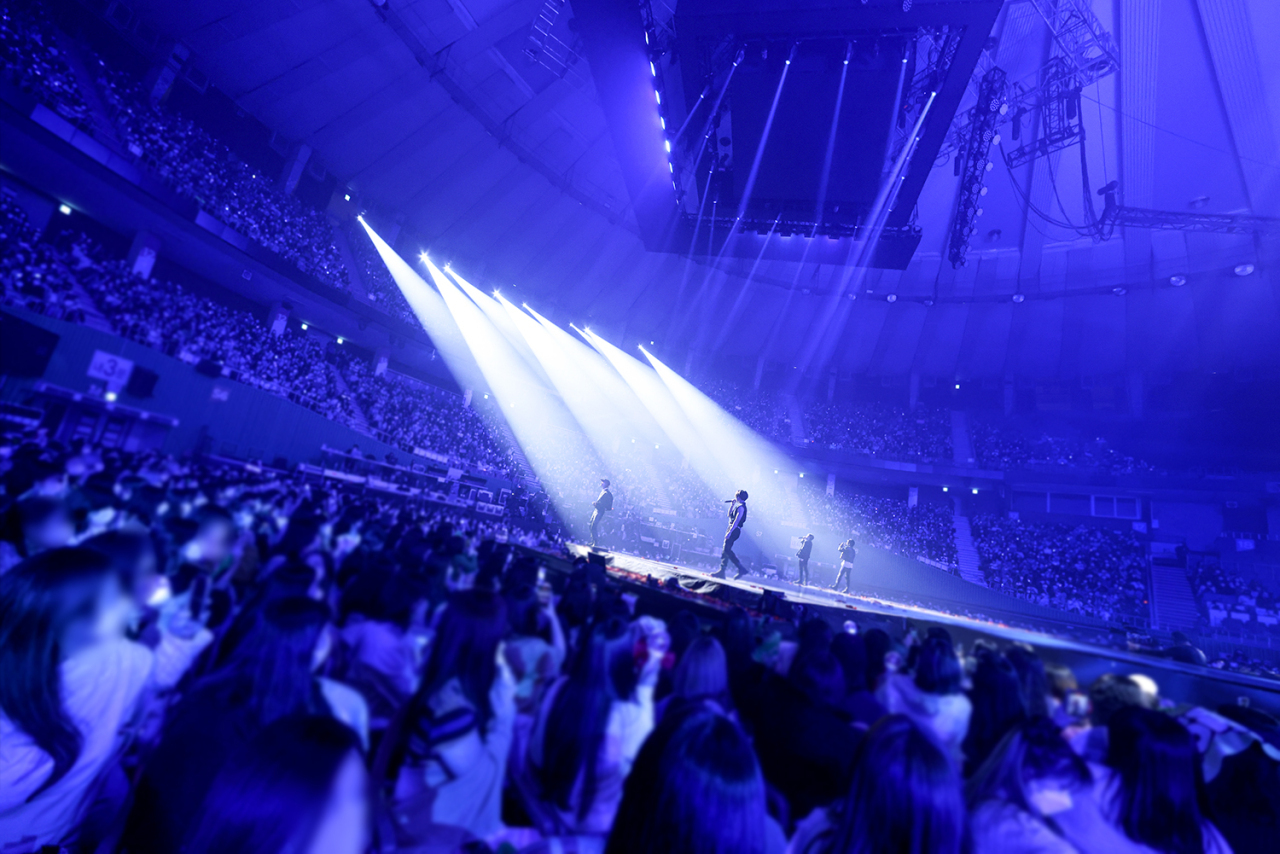 Boy band Stray Kids perform during its second world tour, “Maniac,” in Seoul on May 1 (JYP Entertainment)
My life switching between continents as a third-culture kid gave me a crystal-clear music taste.

I was an avid fan of Justin Bieber, Boys Like Girls and Cody Simpson a decade ago, when Girls’ Generation, Big Bang and Super Junior were major drivers of the Korean Wave. None of these singers would make it onto my iPod playlist.

Please allow me to be candid. I never knew I would be interested in K-pop, nor would I have ever expected myself to listen to idols’ songs.

While Shinee was serenading fans in Jakarta with “Ring Ding Dong,” I was distracted, looking up tickets for Maroon 5 and Katy Perry. I later left that meet-and-greet not knowing the group would make it big; that’s how humdrum the event seemed to me. 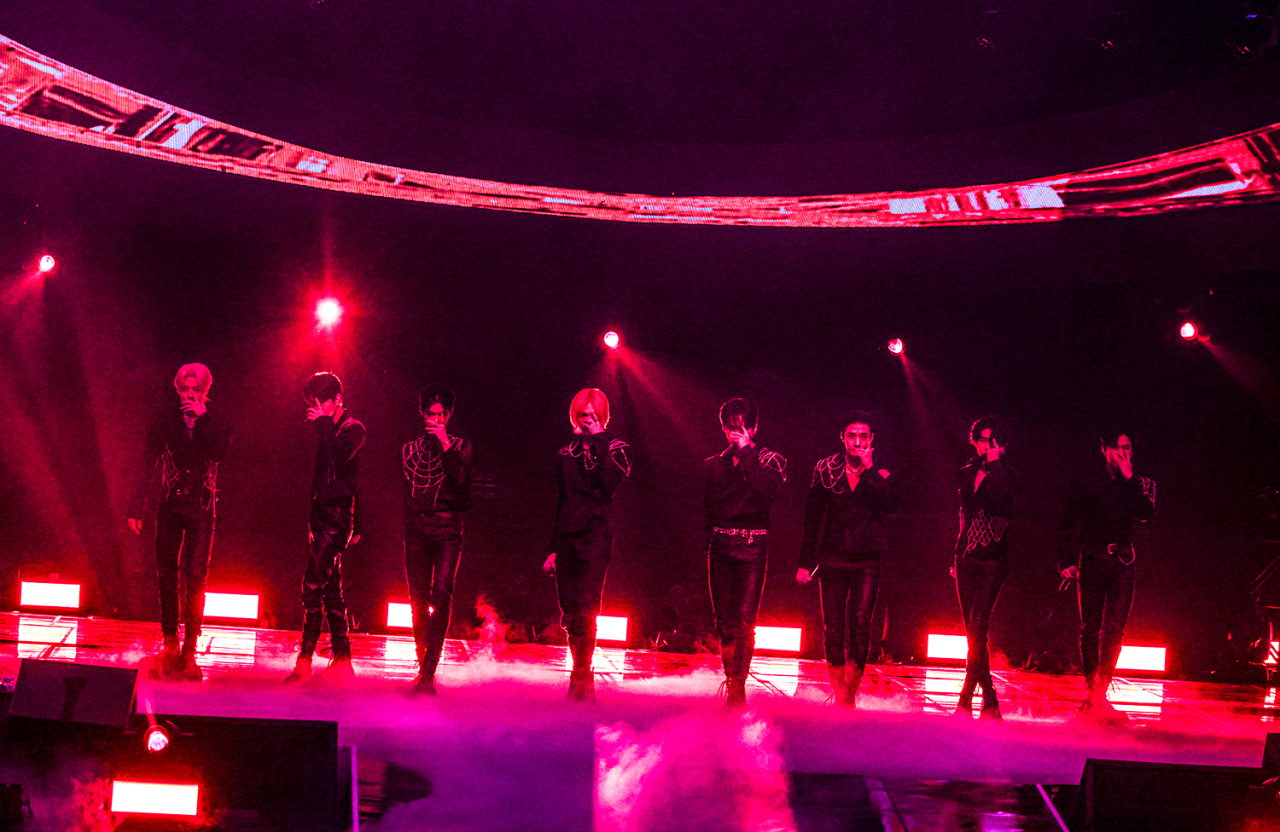 Boy band Stray Kids perform during its second world tour, “Maniac,” in Seoul on May 1 (JYP Entertainment)
As a teenager, I grew up listening to Western pop music and branched out around 23, having only a brief flirtation with K-pop. I later realized that, for my job as a writer, I had to get into the genre, at least for the time being.

I couldn’t make head nor tail of it when I joined the K-pop writing team and struggled to grasp why this music had become such a global phenomenon. I felt a little lost, but I had no time to waste: I had to prepare for online showcases and press conferences of K-pop bands.

My one-year stint covering the genre is relatively short, but my experiences attending press conferences and concerts have introduced me to the whole K-pop world. 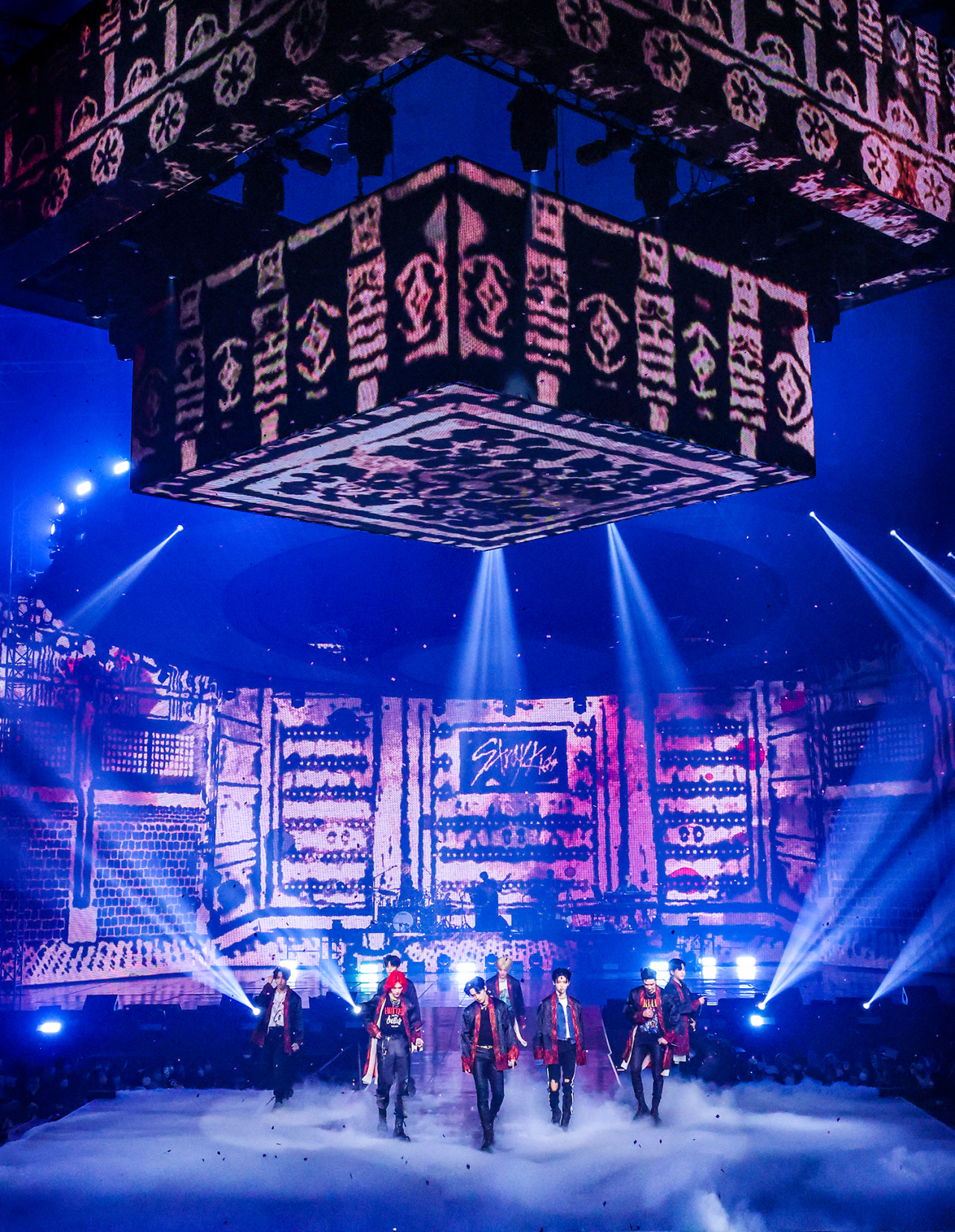 Boy band Stray Kids perform during its second world tour, “Maniac,” in Seoul on May 1 (JYP Entertainment)
Let me be frank. While I may not have gravitated toward Korean music a decade ago, my visit to the Stray Kids’ concert held in May solidified my answer: Yes, I like K-pop.

The concert was majestic. I was concerned that frantic fans would fill the venue, but everyone complied with the government’s COVID-19 restrictions and enjoyed the night.

All eight members sang live perfectly, something that defied my preconceptions of K-pop. I used to think that idols would often lip sync, but I could hear their breath coming out of the mic -- it was that clear. They could also rap and dance, making me realize how versatile these performers are.

After the three-hour gig, my perception of K-pop was this – addictive melodies mixed with slick choreography in a project with surprisingly high production values. Behind the glitz and the glamour, there was real craft. The amount of time and effort devoted to producing these eye-catching performances is probably the formula behind their popularity. 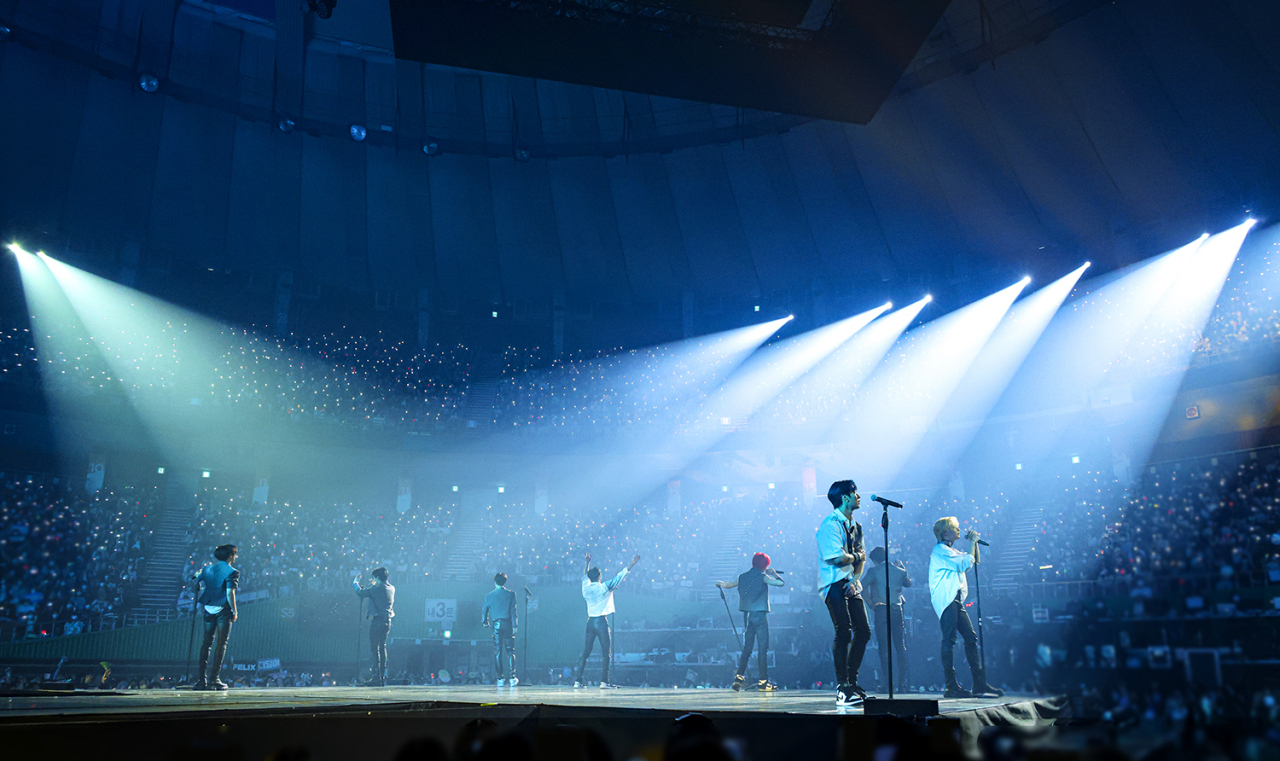 Boy band Stray Kids perform during its second world tour, “Maniac,” in Seoul on May 1 (JYP Entertainment)
A catchy hook and repetitive lyrics get paired with a signature dance move, and you have the key to going viral on social media, followed by the ever-popular dance challenges. Once the melody gets into your head, you can’t get it out. And, of course, the tracks are always decorated with a flashy music video.

The physical merchandise market is also something unique to this genre. K-pop idols sell their experiences with albums and other merchandise, including photo cards, lyric books and posters.

One more key to K-pop’s popularity is the album cover. Groups and labels take chef-d’oeuvre-like care to ensure that the album covers fit both current trends and into the group’s universe, a term that describes an artist’s complete brand. Music fans will only find these in K-pop, and I can assure you that. 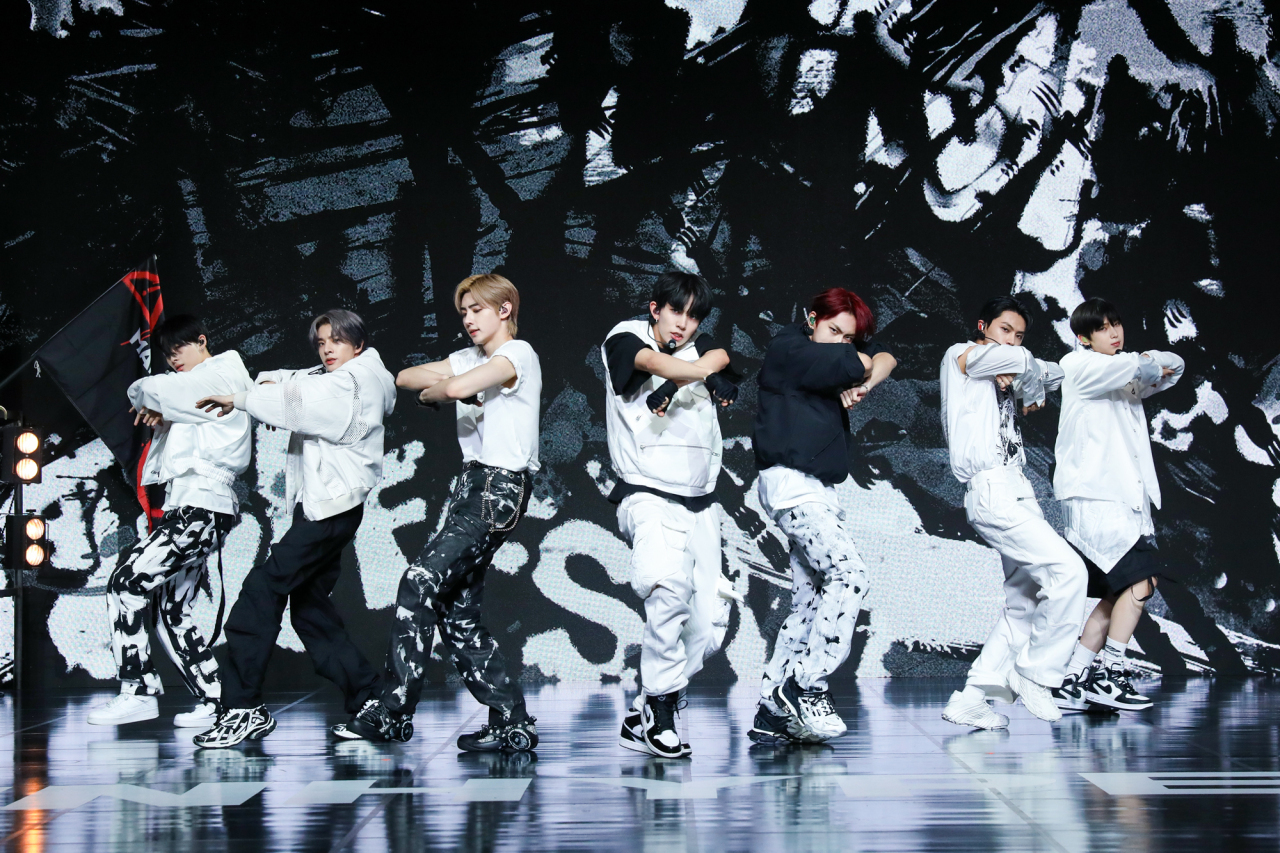 Enhypen performs “Future Perfect (Pass the Mic),” at a press conference in Seoul on July 4 (Belift Lab)
When the entire package is released, fans give it a life of its own. This is what paves the way for an international phenomenon. Enhypen, Tomorrow x Together and NCT Dream have done that, to name a few. I’ve been to their press conferences, and I have to tip my hat to them for making me a K-pop fan.

Recently, J-Hope’s solo album “Jack In The Box” took over my playlist. He has moved away from the usual bright songs of BTS and opted for darker, ambient hip-hop, showing that he has his own musical style and can produce work that has a message, evokes emotions, and is melodious.

Now, I pay attention when K-pop comes out of the speaker, thinking, why couldn’t I have realized a bit earlier that these voices and performances could be the real deal, not just some poseur.

At least, in my opinion, Korean music is what the industry needs right now; watching idols perform live reminds me of how good music is supposed to sound. 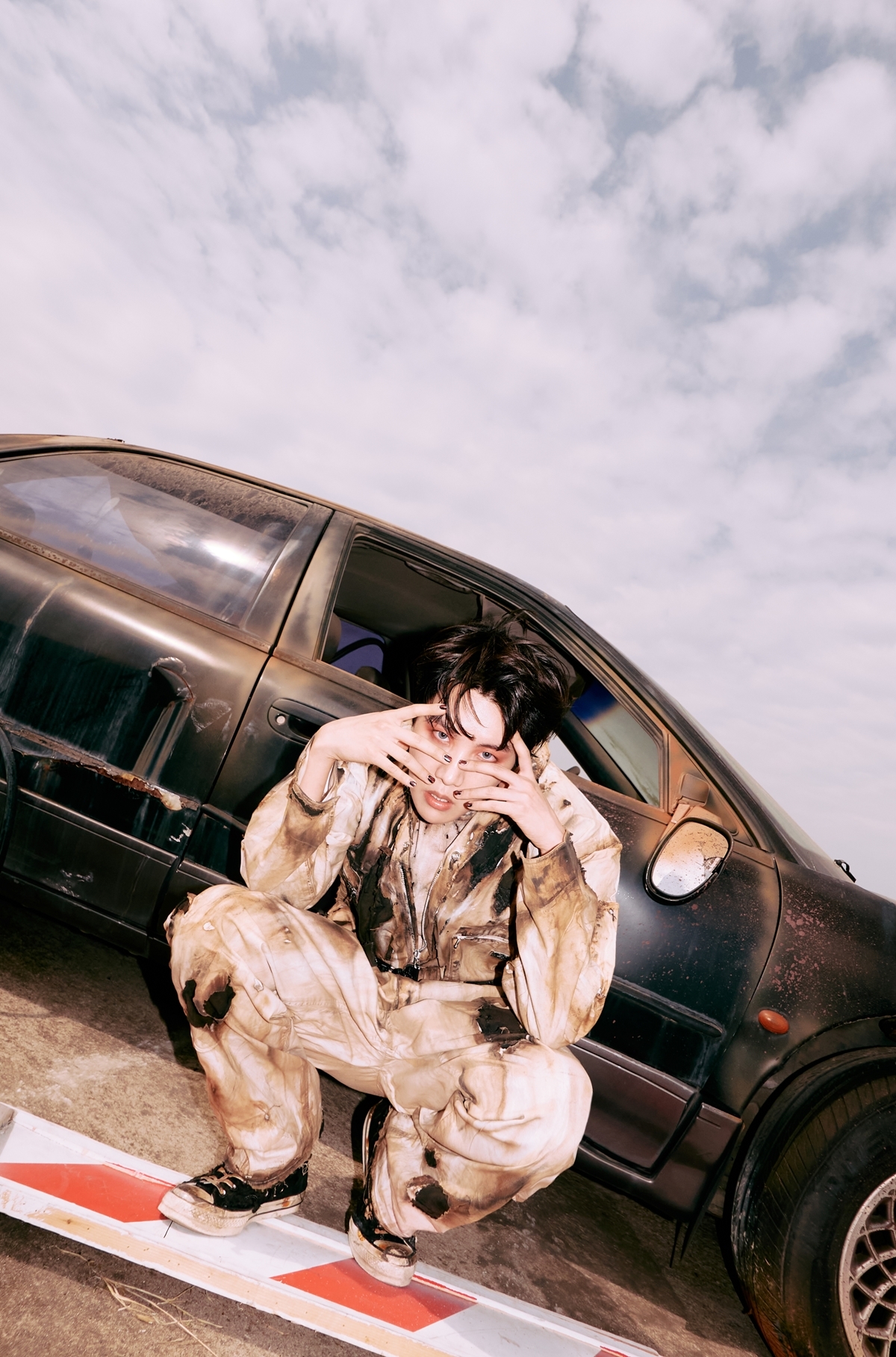 A concept image of J-Hope’s “Arson” (Big Hit Music)
And I’ve concluded that the time has come to respect K-pop. It’s time to appreciate idols and their songs, as their sound connects with the global community and delivers hopeful messages.

I’ve often listened to the genre with a cynical eye, but K-pop has taught me not to take things at face value. I never had the will to delve into K-pop, and I was judging a book by its glitzy, flashy cover. But after flipping several pages of the story, I knew I would be a K-pop fan.