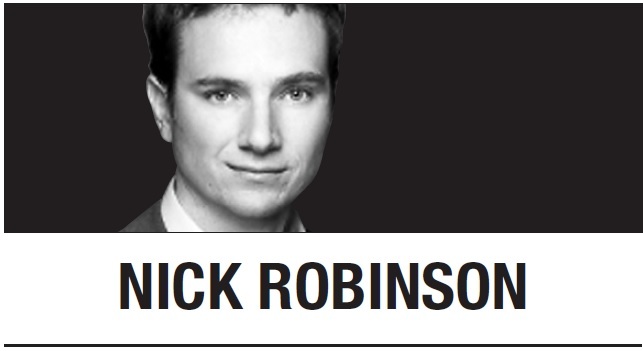 After the recent wave of conservative judgments from the Supreme Court on abortion, gun control and environmental regulation, many Americans are looking for alternatives to the courts for ways to enact democratic change. Yet, in the past several years, many state lawmakers -- often Republicans -- have systematically attempted to restrict other traditional paths for political participation.

Some of these shifts have received widespread attention, particularly a slew of new state laws that were inspired by President Donald Trump’s false claims that he won the 2020 election. These laws limit opportunities to vote and set the stage for potential partisan interference in elections. As concerning as these laws are, they are only part of a much larger set of constraints facing citizens wanting to engage in our democracy. As the country has become increasingly polarized, politicians have targeted the ability of opponents to push dissenting views.

Consider those who wish to go into the streets to protest the Supreme Court’s decision in Dobbs v. Jackson Women’s Health Organization, which allows states to restrict access to abortion, including making the procedure illegal. Since 2017, 45 states have considered over 200 anti-protest bills, so far enacting 38 of them, mostly in reaction to Black Lives Matter and environmental protesters. These laws significantly increase liability for common forms of peaceful protest. For example, after the protests in response to the murder of George Floyd by Minnesota police officer Derek Chauvin in 2020, Arkansas, Iowa and Tennessee increased the penalty for blocking a sidewalk during a demonstration. Now in all three states a protester can be sentenced to up to a year in jail for this offense.

These laws can also appear to encourage violence. Iowa, for instance, enacted a statute last year that eliminated civil liability for certain drivers who hit those participating in an unauthorized “demonstration” in the street. While the regulation does not protect drivers who “recklessly” or “willfully” strike protesters, laws like these still send a chilling message. Perhaps not surprisingly, a truck in Cedar Rapids, Iowa, drove through a group of pro-choice demonstrators last month, injuring several. No arrests have been made.

Another cherished US tradition, the right to boycott, is also being targeted. Since our colonial boycott of British goods, Americans have long used their consumer power to make their voices heard. However, led by states such as Texas and West Virginia, policymakers have enacted laws that ban those doing business with the state government from engaging in boycotts of the fossil fuel industry, gun manufacturers or Israel. Legislation like this is often brought to lawmakers by lobbyists for these industries or supporters of Israel.

In June, the full 8th Circuit Court of Appeals ruled against an Arkansas newspaper that refused to sign onto a state-mandated pledge that it would not boycott Israel, and the paper lost an advertising contract with a state college as a result. Remarkably, the judges found that economic boycotts are not protected under the 1st Amendment because they claimed they are neither speech nor expressive conduct. The ACLU has pledged to appeal the ruling.

It is not just demonstrations and boycotts that are threatened. Employee activism has long pushed companies to take stands against injustice, but even those actions are facing pushback. In May, under pressure from employees, the Walt Disney Co. spoke out against the so-called “Don’t Say Gay” bill recently enacted in Florida, which restricts discussion of sexual orientation in schools. Gov. Ron DeSantis then led the successful charge to remove Disney World’s special tax status in the state. The move was seemingly sparked not because the tax status was bad policy, but because the governor did not appreciate Disney’s criticism.

Taken together, these moves represent a form of hardball by state officials that creates a climate of fear for those wishing to engage in traditional forms of political mobilization. With the Supreme Court’s recent abortion decision, this adversarial environment will likely worsen. Several states are moving to follow Texas’ lead and enact laws that allow private citizens to sue those who assist women in having an abortion. While the Texas law’s reach is unclear, it could put activists who help pregnant people get out-of-state abortions in legal jeopardy. That could include something as simple as supplying them with information about abortion providers. States that ban abortion will likely continue to ratchet up their efforts to target pro-choice groups.

These attacks on the ability of Americans to engage in their democracy are not isolated or ad hoc -- they are a larger compression of civic space. Any response will need to be holistic and should include educating fellow citizens about the importance of different types of protest throughout US history. But first, Americans must be made to recognize the scope of the danger.


Nick Robinson
Nick Robinson is a senior legal adviser at the International Center for Not-for-Profit Law. He wrote this for the Los Angeles Times. -- Ed.