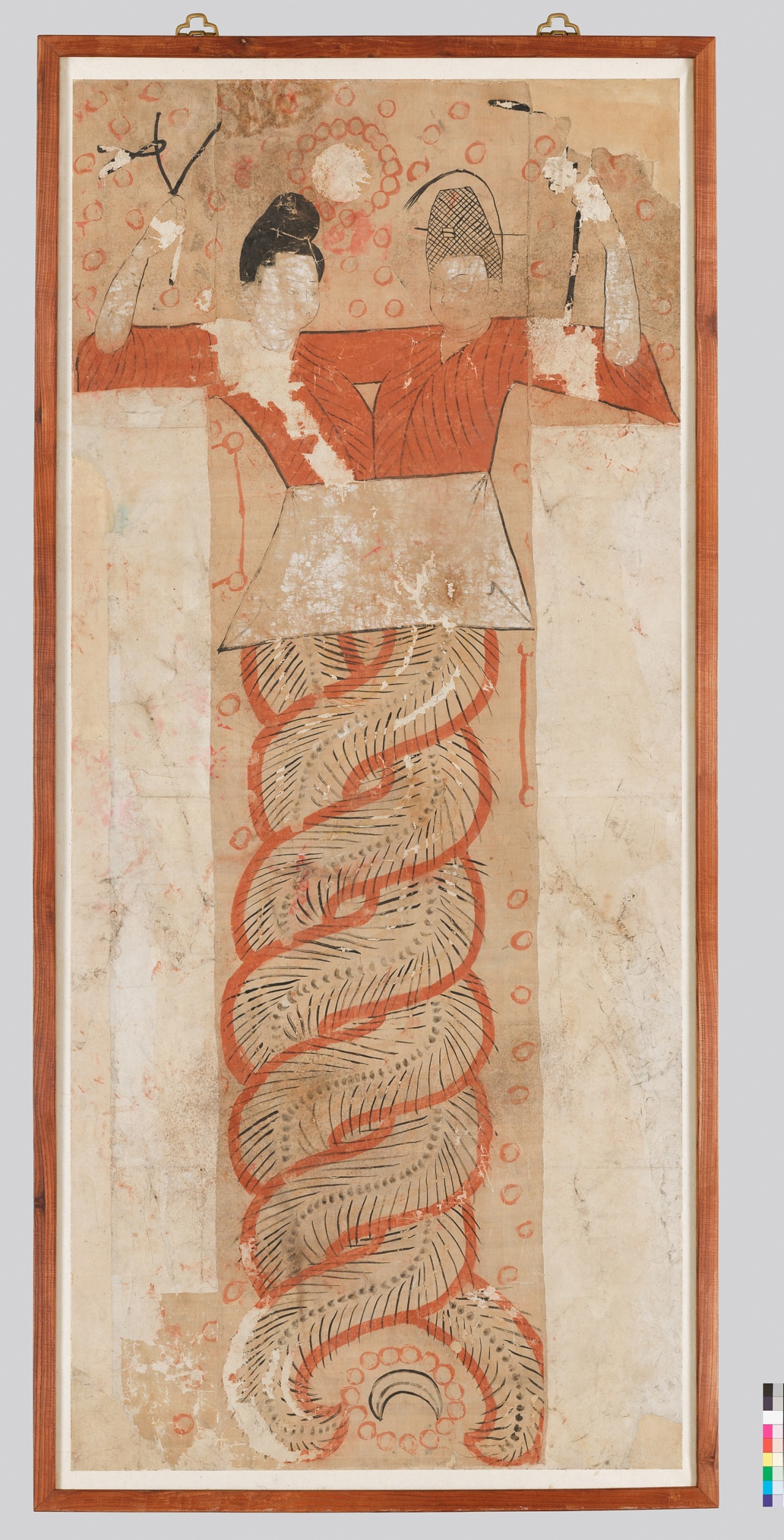 Painting titled “Fuxi and Nuwa,” from the 7th century (NMK)
The National Museum of Korea has opened the “Astana Tombs – A House of Eternity” exhibition in the Central Asia Gallery located on the third floor of the Permanent Exhibition Hall.

The exhibition has on display figurines, pottery and documents discovered inside some 400 Astana tombs at a cemetery of the ruling class built near Turpan in Xinjiang, China, near the ancient city of Gaochang that dates back 1,300 years.

The relics are recorded to have been discovered or traded and sold by villagers in the early 20th century, from Japan’s Otani expedition.

The Otani expedition consisted of three trips led by the Japanese Count Otani Kozui with a group of monks, through Central Asia into China, from 1902 to 1914. 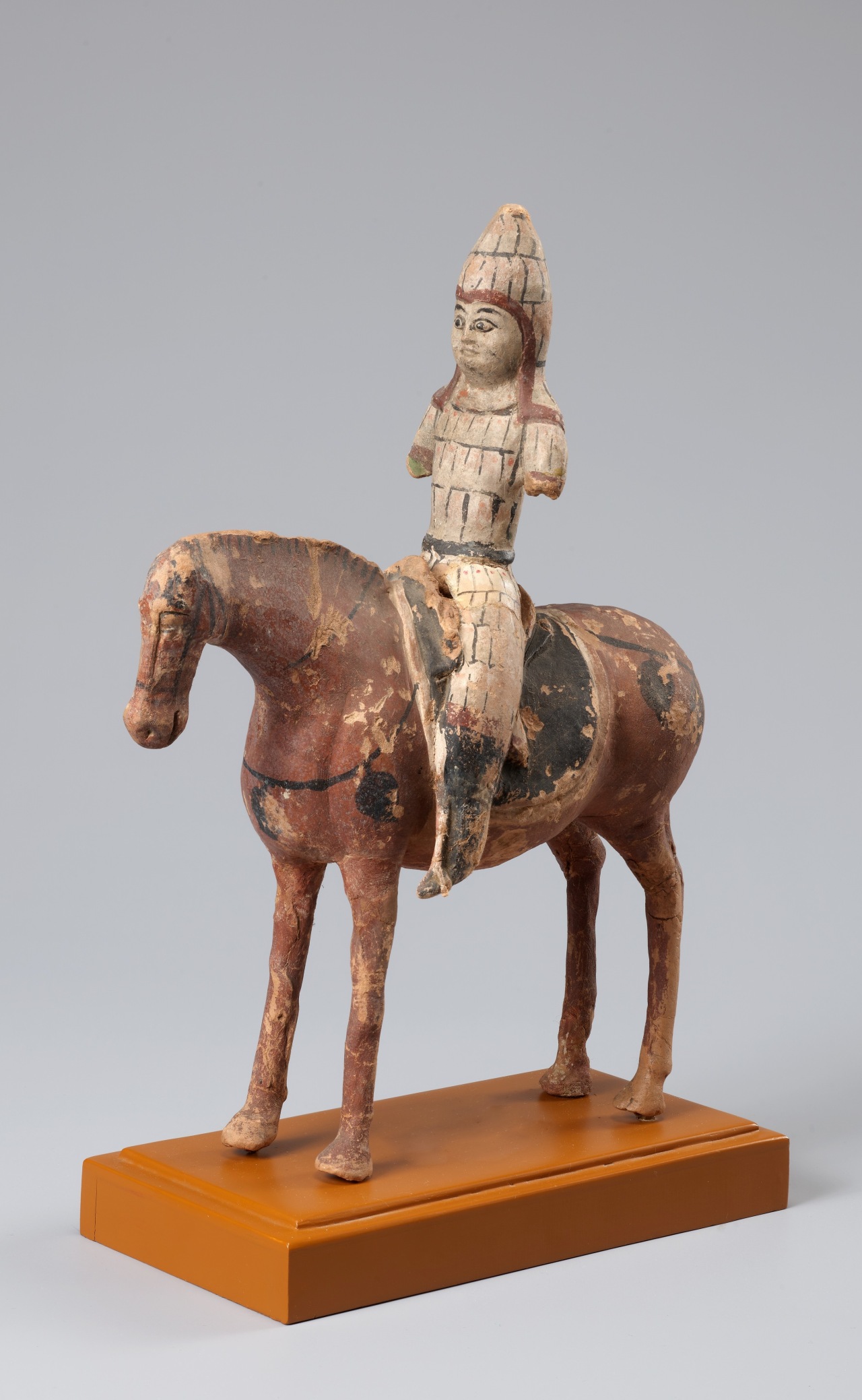 A warrior on a horse figurine estimated to be from around 7-8th century (NMK)
In 1916, during the Japanese colonial rule of Korea, the relics were acquired by the Joseon Government-General Museum, according to a museum official. Upon Korea’s liberation, in 1945, the museum was renamed the National Museum. The museum, today’s NMK, kept the entire collection of the museum it succeeded.

The artifacts are displayed as they would have been found in the excavation site consisting of everything from the main chamber to the side rooms and through the passageway.

One of the paintings,“Fuxi and Nuwa,” depicts two divinities -- a human upper body and a snake lower body. The painting was originally located on the ceiling of the main chamber, reflecting people’s yearning for the deceased to be reborn. 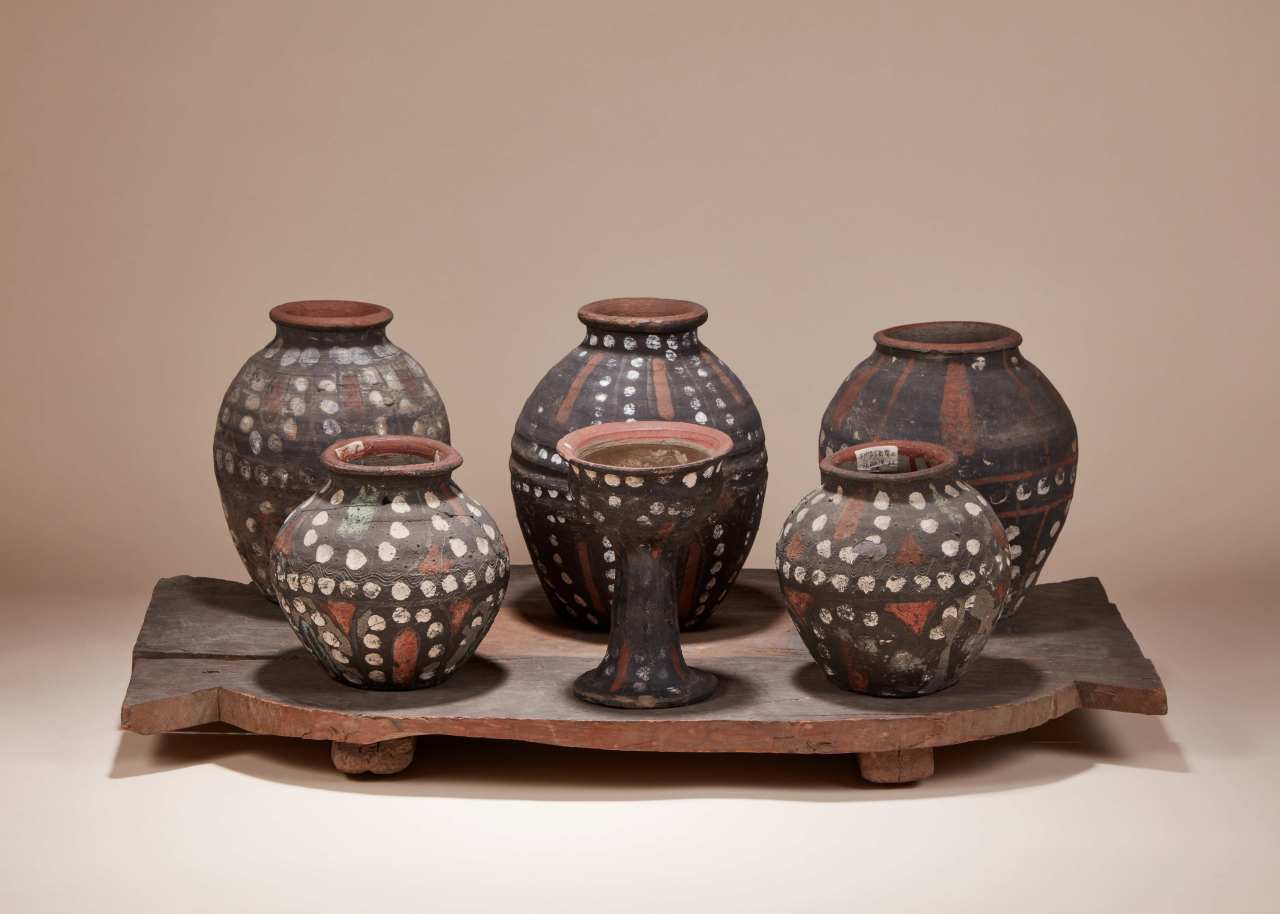 “We focused on designing the exhibition to resemble, as closely as possible, the actual site of discovery for a lively experience,” the exhibition researcher told The Korea Herald.

The exhibition will stay open for at least one year until further notice by the museum, according to the official.