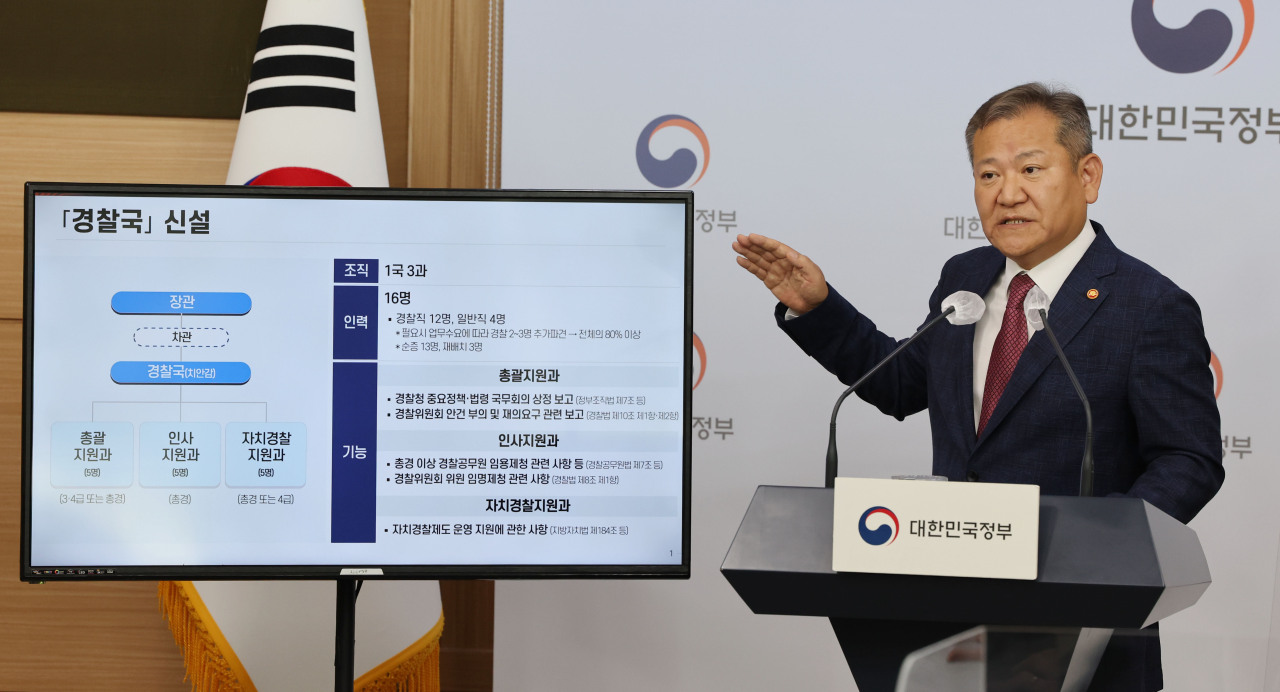 The Interior Ministry finalized its plan to launch a “police bureau” to supervise the police, which has recently seen its powers increased.

The National Police Agency expressed their intention to accept the plan, despite criticism from police officers.

On Friday, Interior Minister Lee Sang-min announced the details of the launch of the new police bureau.

The new bureau will have 16 members, of which 13 would be police officials, a decision made in response to the criticism that the political neutrality of the police may be harmed. The bureau will supervise the National Police Agency, whose authority has been recently strengthened when the prosecution lost its investigative powers.

A police reform advisory committee under the ministry offered a set of recommendations to supervise the police, including the launch of the new bureau.

The bureau will give approval on major policies of the National Police Agency and will also be briefed ahead of Cabinet meetings. International agreements and plans that require enactment or revision of law will also come under the wings of the new bureau.

The police bureau will return to the ministry for the first time in 31 years since it was spun off as an independent outside organization from the ministry in 1991 to ensure the independence and neutrality of the police.

The new measure will take effect from Aug. 2 after a Cabinet meeting.

The plan drew heavy criticism from within the police, mainly over concerns that it may damage the independence of the police organization.

“We are sorry that (the launch of the bureau) did not meet the expectation of our colleagues. However, we will make sure to avoid what concerns the people and police officers in the run phase,” the National Police Agency said Friday, a few hours after the Interior Ministry announced the details of the launch.