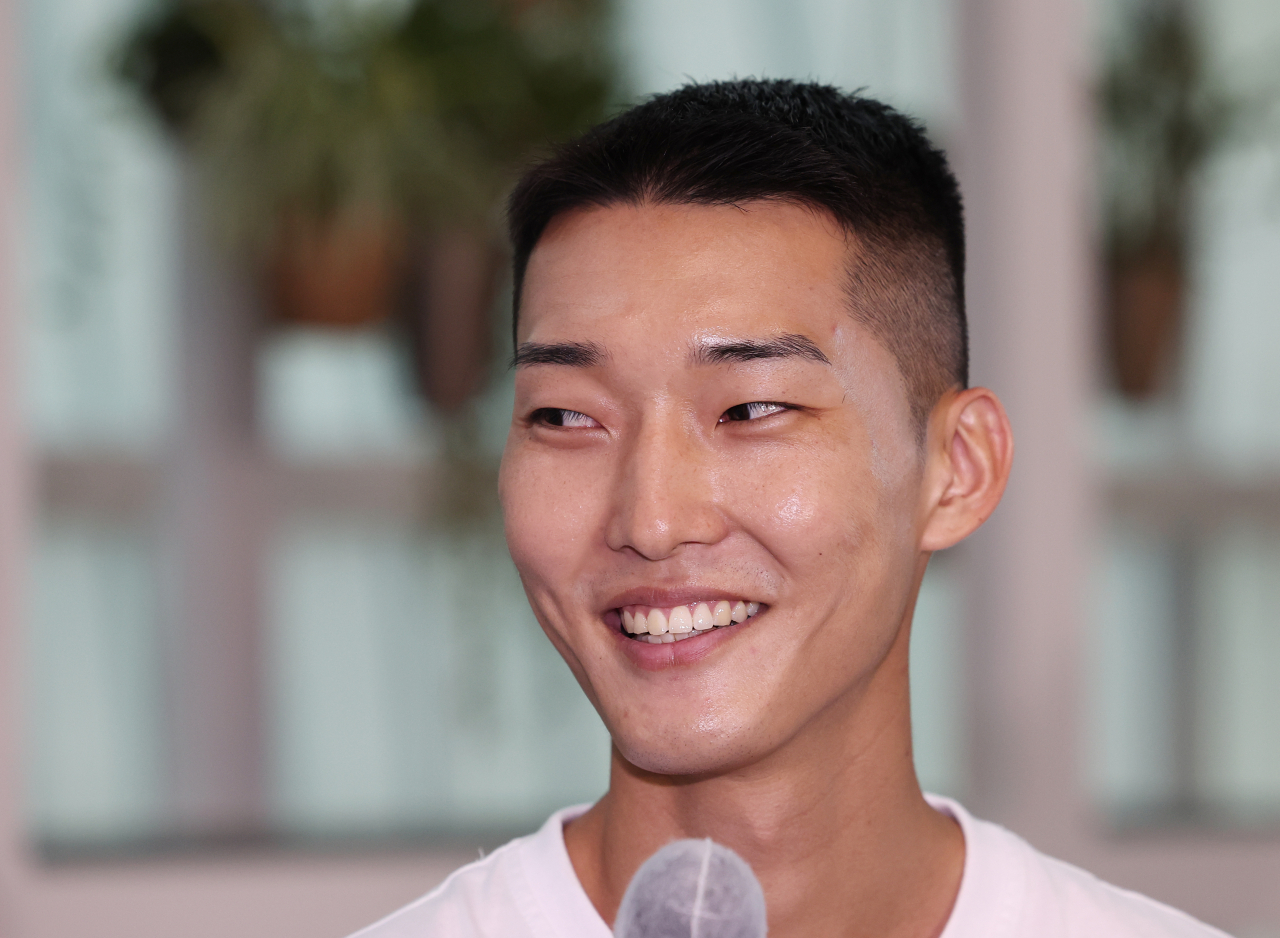 In this file photo from June 30, South Korean high jumper Woo Sang-hyeok speaks with reporters at Incheon International Airport in Incheon, just west of Seoul, before departing for the United States for the World Athletics Championships. (Yonhap)

High jumper Woo Sang-hyeok has already made plenty of South Korean athletics history, with his first career world indoor title from March this year being the biggest feather in his cap so far.

The ascendant athlete will look to add an outdoor world title this time.

Woo will take part in men's high jump at the World Athletics Championships in Eugene, Oregon. The qualification phase is scheduled for 10:10 a.m. Friday local time, or 2:10 a.m. Saturday in South Korea.

No South Korean has ever won a gold medal at the outdoor worlds. The race walker Kim Hyun-sub remains the only medalist, with his bronze from the 2011 competition in the 20km race walk. Kim had finished sixth but moved up to bronze after athletes above him failed doping tests.

Woo won the indoor world title by jumping over 2.34 meters in Belgrade. His outdoor season high is 2.33m from May, when he won a Diamond League title in Doha. Woo is tied with Shelby McEwen of the United States for the second-best height for 2022.

Ilya Ivayuk of Russia owns the best outdoor mark of this season with 2.34m. But the World Athletics (WA), the international track and field governing body, has banned all Russian athletes from the world championships following their country's invasion of Ukraine.

This recent run of success makes Woo one of the top contenders in Eugene.

Woo first turned heads at last year's Tokyo Olympics, finishing in fourth place, the best showing by a South Korean in any track and field event, with Gianmarco Tamberi of Italy and Mutaz Essa Barshim of Qatar sharing the gold medal. So far this year, Woo has outperformed both.

If Woo wins gold, he will become just the second male high jumper to grab both indoor and outdoor world titles in the same year, joining Javier Sotomayor from 1993. (Yonhap)