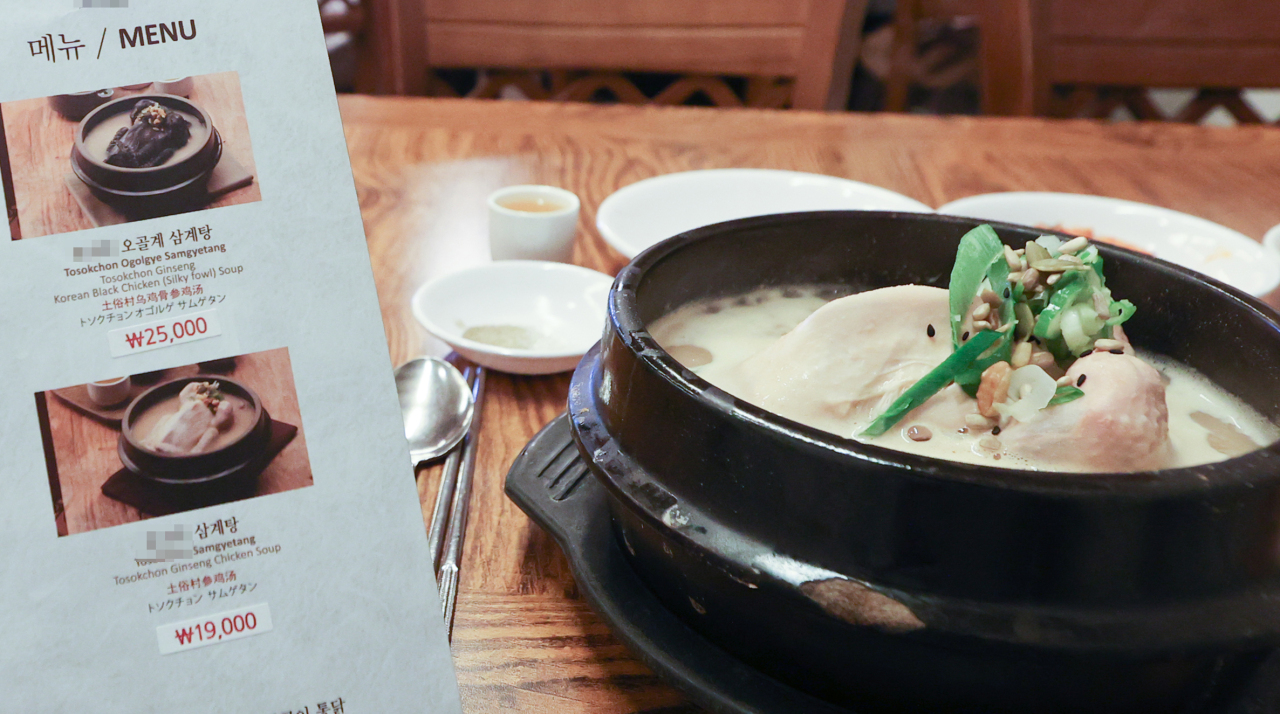 The price of popular summertime dish samgyetang has jumped across the country as chicken costs have soared amid inflation. (Yonhap)
For Oh Ju-ha, a housewife in her 50s, having samgyetang, or ginseng chicken soup, has for many years been a way to endure the highest temperatures of summer. But she is having second thoughts this year.

“I’m thinking about making kongguksu (soy milk noodle soup) for this chobok, instead. It’s also high in protein, and not as ridiculously expensive as samgyetang,” she said. Chobok is traditionally the beginning of the most sweltering days of the year in Korea.

Oh is one of many Koreans contemplating whether or not to eat samgyetang, a common summer dish, this year, as the prices for chicken are currently soaring through the roof.

Koreans have long believed that chicken stuffed with healthy ingredients revitalize the weakened body during the three boknal, or the three hottest days of summer.

However, traditions are gradually being put aside as food prices have risen rapidly. The retail price of samgyetang served at local restaurants saw a 5.7 percent increase on average from 14,077 won ($10.75) to 14,885 won last month, according to data released from the Korea Consumer Agency.

The jump in the price of samgyetang can be attributed to the rise of chicken production cost, as Russia’s invasion of Ukraine has caused grain prices worldwide to soar, according to retail experts.

The rise has had a direct impact on the cost of chicken feed, pushing the wholesale price of samgye, the chicken used for samgyetang, to 5,692 won per kilogram – a 15.8 percent increase from a year ago, according to Korea Institute for Animal Products Quality Evaluation.

But experts quoted by local reports said the tariff cut is unlikely to lower the price of most chicken dishes, as the zero-rate policy only applies to boneless chicken.

The owner of a samgyetang store in Mapo-gu, western Seoul surnamed Kim is hoping the increased poultry prices do not affect her business. “The ingredient costs are over the top. I had to buy the ingredients again yesterday for chobok, and I’m losing money. I thought about posting a sign in the shop to explain why I had to raise the price, but I am concerned about losing customers.”