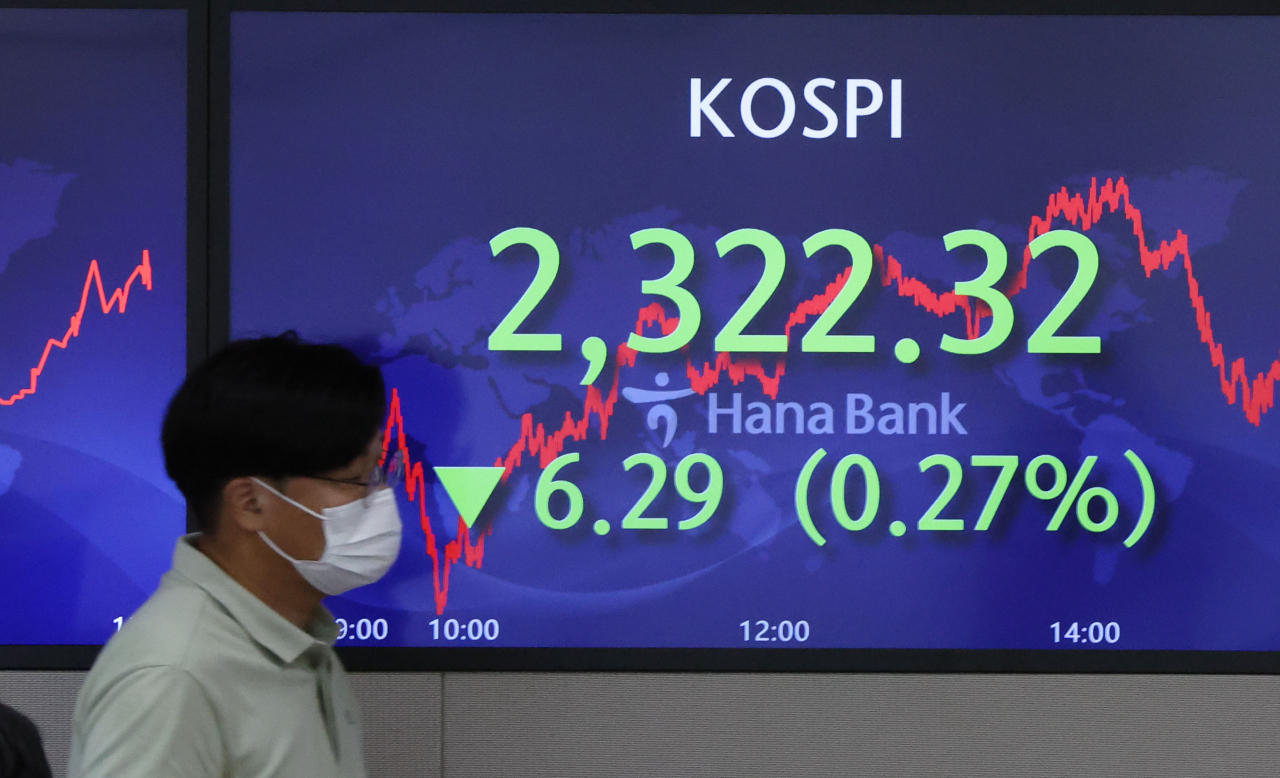 South Korean stocks retreated Thursday after a choppy session amid jitters about high inflation at home and in major economies. The Korean won fell against the US dollar.

Trading volume was relatively low at about 344 million shares worth some 6.4 trillion won ($4.9 billion), with gainers outnumbering losers 433 to 418.

"It seems like investors are divided over how to interpret the US consumer price index. Stocks seem to have rebounded on investors' expectations that the fallen fuel prices are not projected in the index yet and will eventually pick out later," Shinhan Investment Corp. researcher Choi Yoo-joon said.

The local currency closed at 1,312.1 won against the US dollar, down 5.2 won from the previous session's close. (Yonhap)