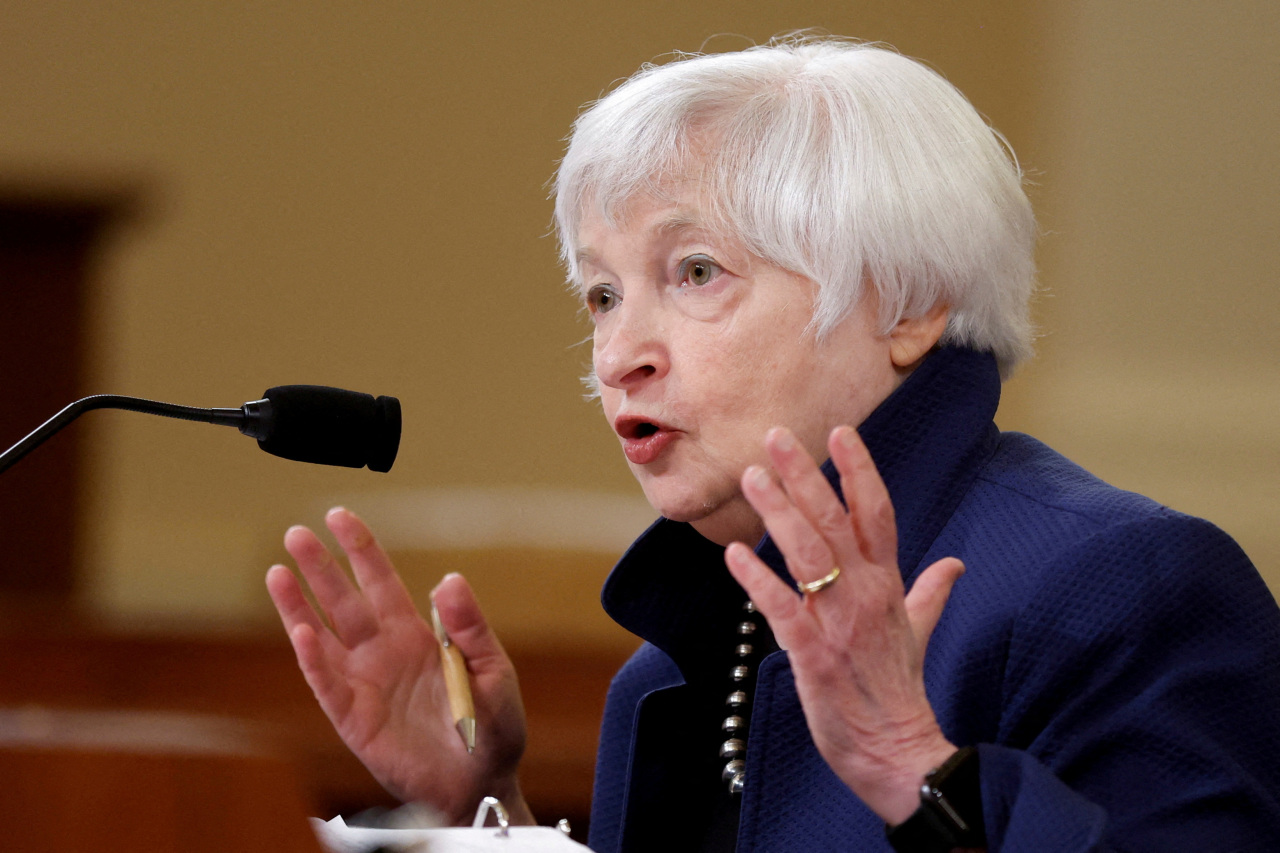 US Treasury Secretary Janet Yellen testifies during a House Ways and Means Committee hearing on US President Joe Biden‘s proposed 2023 US budget, on Capitol Hill in Washington, June 8. (Reuters-Yonhap)
United States Treasury Secretary Janet Yellen is poised to hold talks with South Korea‘s key financial policymakers, raising market expectations of a possible currency swap amid the growing strength of the US dollar against the local currency.

Her two-day visit to Korea on July 19-20 will take place immediately after the Group of 20 Finance Ministers and Central Bank Governors Meeting in Bali, Indonesia, scheduled from Friday to Saturday. During her visit, the secretary will also visit LG Science Park, a research campus of the nation’s fourth-largest conglomerate in Seoul.

On the first day of the trip to Korea, Yellen is to meet Finance Minister Choo Kyung-ho and Bank of Korea Gov. Rhee Chang-yong.

Rhee confirmed Yellen’s visit to Korea during a press conference after the Bank of Korea Monetary Policy Board meeting Wednesday, when the Korean central bank announced an unprecedented interest rate hike by 50 basis points to 2.25 percent.

Rhee also told press that Finance Minister Choo will be the likely counterpart with Yellen to discuss ways to tame the strengthening US dollar against the Korean won, while the possibility of a foreign currency swap is unlikely to be discussed between Rhee and Yellen. The dollar-to-won currency exchange rate hit the highest point in over 13 years, with the dollar trading above 1,310 won.

On July 20, Yellen is scheduled to visit LG Science Park in western Seoul, home to the research base of eight LG group affiliates, including LG Chem.

Yellen is to deliver a speech over the need to ensure resilience in the supply chain. LG Chem Chief Executive Officer Shin Hak-cheol is to accompany Yellen in her visit there.