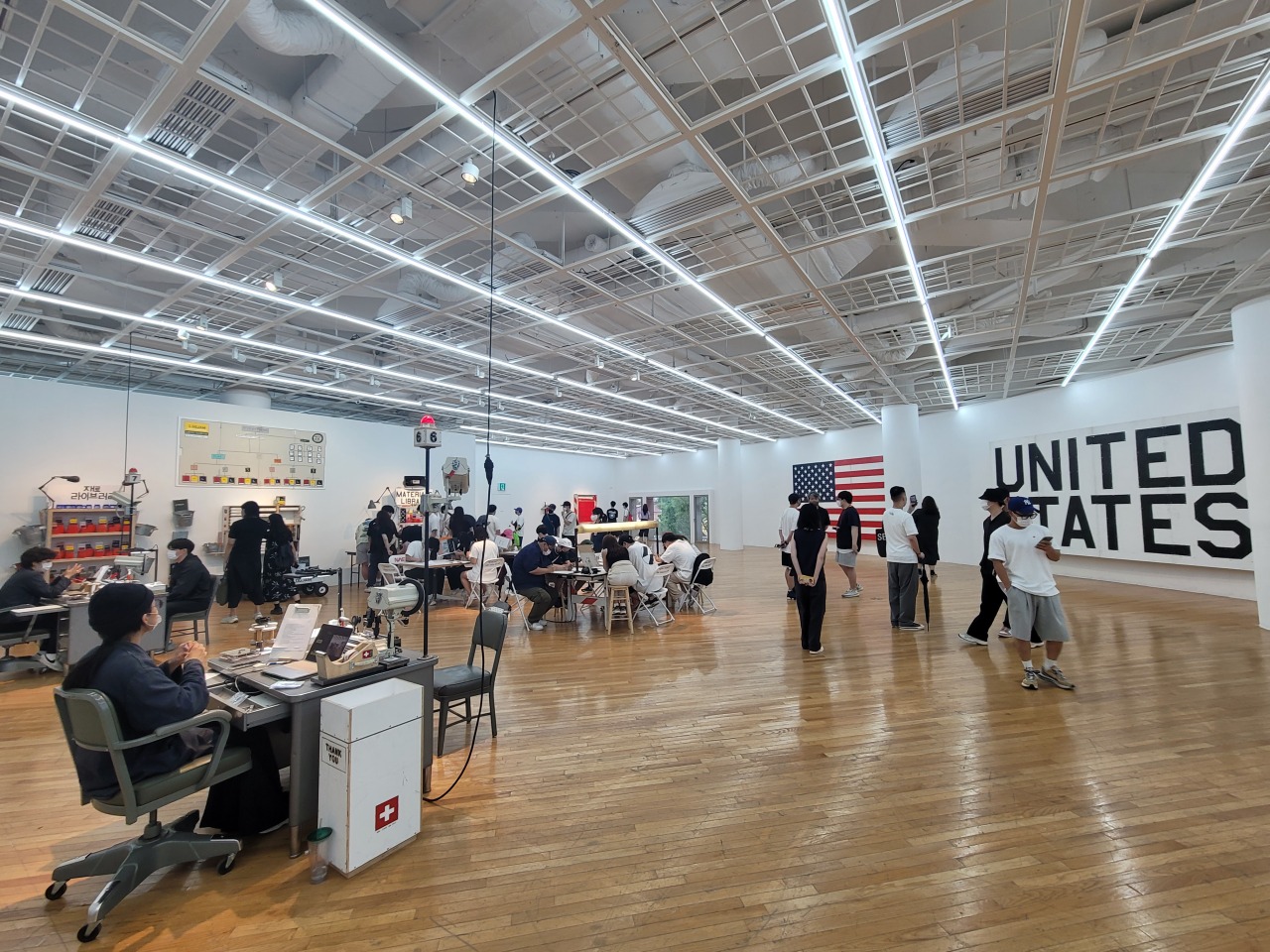 Long lines formed to see works by US sculptor Tom Sachs when the shows kicked off in late June at Art Sonje Center, Thaddaeus Ropac and Hybe Insight. Exhibitions of the same artist are running simultaneously
at three different places across Seoul.

Born in 1966, the New York-based artist’s sculptures present twists on contemporary society, culture, politics, and economy. A self-proclaimed guilty consumer living in an age of instant gratification, Sachs questions overconsumption and the short life cycles of the things we buy.

The artist uses bricolage in which sculptures are created from ready-made or available objects, such as portable radios, umbrellas and batteries.

“His use of bricolage in his work shows us his process, such as the tape he used or traces of mistakes he made while creating. We live in a time where we value the process over the result. I think that is why young people are fascinated by his work,” Kim Sun-jung, Art Sonje Center founder who curated “Tom Sachs Space Program: Indoctrination,” told The Korea Herald. 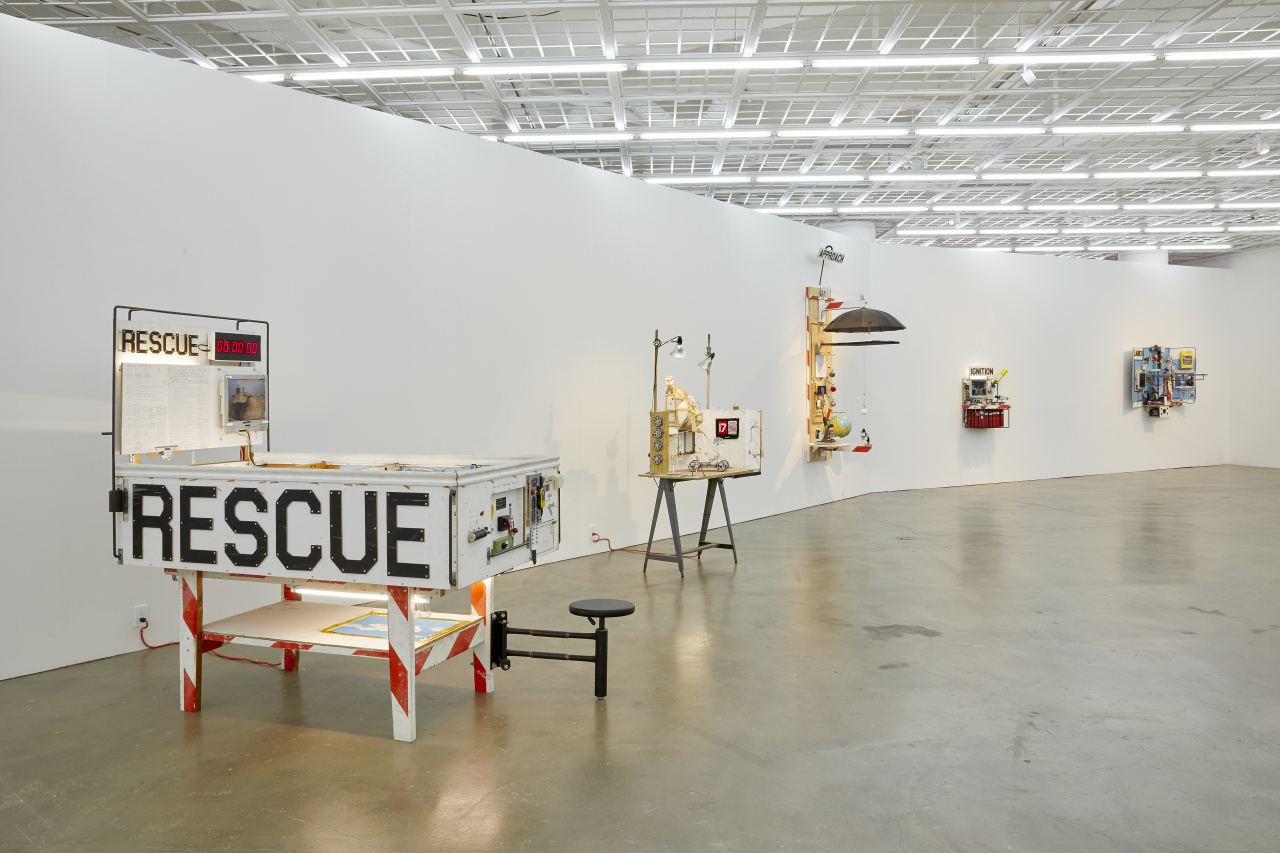 An installation view of “Tom Sachs Space Program: Indoctrination” at Art Sonje Center in Seoul (Art Sonje Center)
The museum showcases some 50 paintings and installations by Sachs. The exhibition is the fifth edition in his Space Program series, which began in 2007. The artist has been exploring the theme of space for more than 30 years, and his obsession with NASA has led to creating hand-made sculptures related to the US space agency.

“NASA is a prestigious brand associated with science. It is like the Chanel of science,” the artist said during the artist talk held June 26 at Art Sonje Center, eliciting laughter from the audience.

“Science and religion are on a parallel course to answer the same question: ‘Are we alone? Where do we come from?’ … In a lot ways, NASA -- the brand -- is the logo of living with uncertainty,” he added.

When asked why he categorizes himself as a sculptor when he creates a variety of artworks, the artist said, “Sculpture is where it all begins and ends.”

He believes all work can be categorized into three things -- spirituality, sensuality and stuff.

“Everything has a sculptural quality. The physical objects are how we build a bridge to the spiritual. I am a maker, and my priority is the object,” he said. 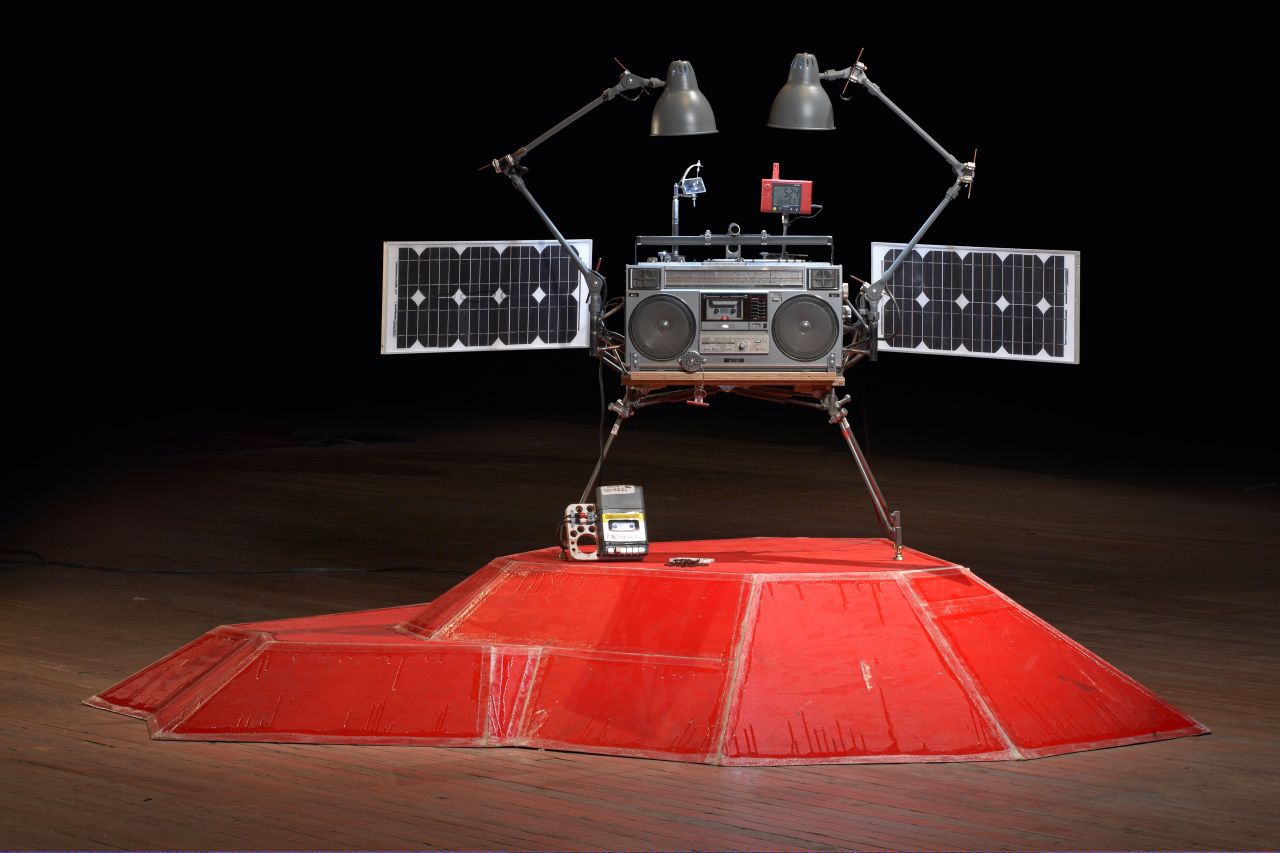 "Phonkey" by Tom Sachs is on display at Hybe Insight in Seoul. (Hybe Insight)
Another exhibition, “Tom Sachs: Boombox Retrospective,” at Hybe Insight, presents 13 of the artist’s Bricolage sculptures, including some of his early work. The sculptures on display at the cultural center run by entertainment company Hybe feature musical elements such as radios, speakers and a CD player.

Among the work at Hybe Insight is “Phonkey,” a sculpture that combines images of a 1980s boombox and a NASA space probe. 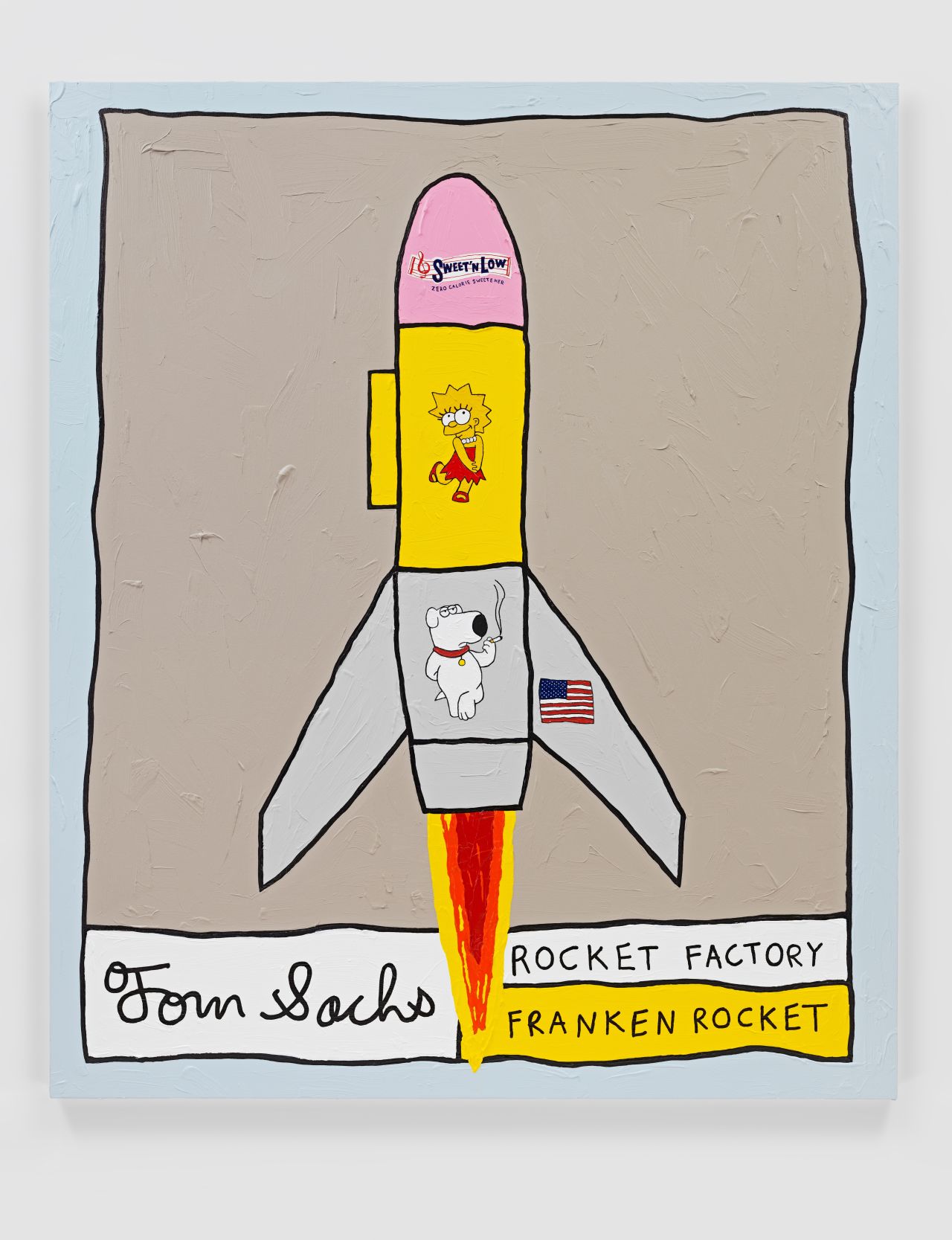 “Brands form our sense of tribal belonging,” the artist once said. “In my Childhood, at the kitchen table we would discuss dad’s new car or mom’s new dress. Brands are the foundation of the dominant religion of our era – consumerism.”