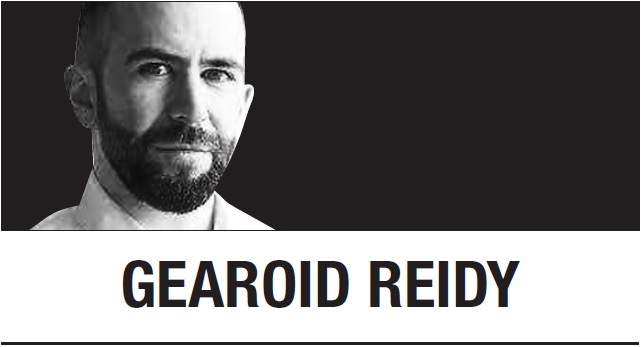 In the specter of Shinzo Abe’s shocking assassination, the party to which he dedicated his life secured a resounding victory in Sunday’s upper house election.

The 75-year-old constitution, written by the occupying American army and forbidding Japan the right to possess an offensive military force, has not once been altered despite the best efforts of generations of Japanese politicians, including Abe. Before he was murdered on the campaign trail Friday, Abe was the movement’s most prominent voice, and lobbied to the end for his long-held goal.

Even now, after Russia’s invasion of Ukraine brought home the reality of the use of force, many dismiss the need for change. The Self-Defense Forces, after all, exist even though a literal reading of the constitution says they should not. Cabinet reinterpretations of the document, most recently in 2015, have just about kept its security clauses relevant.

Kishida undoubtedly has other issues on his agenda. Pressure will likely increase on him to consider measures to contain a growing COVID-19 wave. He must also deal with rising inflation, the weak yen, repairing relations with South Korea and the myriad questions about security Japan will be asking itself as a result of Abe’s death.

But the need for constitutional change should not be understated. The most pressing concern is a Ukraine-like situation; confusion in a crisis moment must be minimized. Imagine a Chinese invasion of the Senkakus -- the islands administered by Japan which China also claims and regularly patrols that are supposedly under the protection of the Japan-US Security Treaty.

Indeed, there are parallels between the illusions of security Japan believes it has despite the constitution, and the confidence Japan had in the safety of its society that may have contributed to Abe’s death.

Just as for years Japan has felt as if it’s a society free of violence -- the type of place high-profile politicians can hold stump speeches with minimal security -- it has also seemed to believe in a world where force no longer settles international disputes. That first illusion was shattered by Abe’s death on Friday. The second surely ended with Russia’s invasion of Ukraine. Yet Japan clings to its peace constitution in an increasingly hostile world.

The position of the Self-Defense Forces may one day seem as flimsy as the special protection that was supposedly guarding Abe.

Unlike the late premier, Kishida has never been a forceful proponent of constitutional change. Indeed, there is confusion over where he even stands on the issue. Since becoming prime minister, Kishida’s rhetoric has moved toward change, but many speculate this was just political cover against Abe, who led the largest faction in the ruling party until his death.

It’s precisely this lack of devotion to the issue that makes Kishida the man who can do what Abe did not. Many in Japan were skeptical of Abe’s nationalist, even revisionist tendencies, but Kishida has little such baggage.

Fundamentally, a constitution must be a living document. Cabinet interpretations may have kept it relevant, but these days one doesn’t need to look too far abroad to see how a society can fragment when a dead document is exposed to reinterpretation by partisan politics. Just look at the US and its inability to move forward on legislation on everything from abortion to gun control.

The LDP has been campaigning on constitutional revision for decades but, perhaps wisely, has tended to see it as an idea that should not yet be put to the test. At some point, though, the LDP must turn it from a vague aspiration to an actual goal. Much like balancing the budget, it can’t be something that is always talked about and never acted upon.

Those who say Kishida’s victory in Sunday’s elections does not constitute a mandate may have a point. Upper house votes typically have a very low turnout; that Sunday’s was not the lowest in history may only be due to Abe’s murder.

But Kishida now has time to lead, having won three elections in a row -- party, lower and upper houses since his predecessor Yoshihide Suga resigned last September. Among the reasons that Abe’s death was so shocking was because, as a leader, he made the difficult decisions. From the sales tax hikes to the Trans Pacific Partnership to changes to security legislation, he bore the brunt of public dissatisfaction with unpopular but necessary moves.

Those accomplishments will resonate for decades, having helped set Japan on a better course. Kishida, whose time in power has so far been more like an extended audition for the role, must now start to make these hard calls himself. He need look no further than Abe’s cherished goal as a place to start.