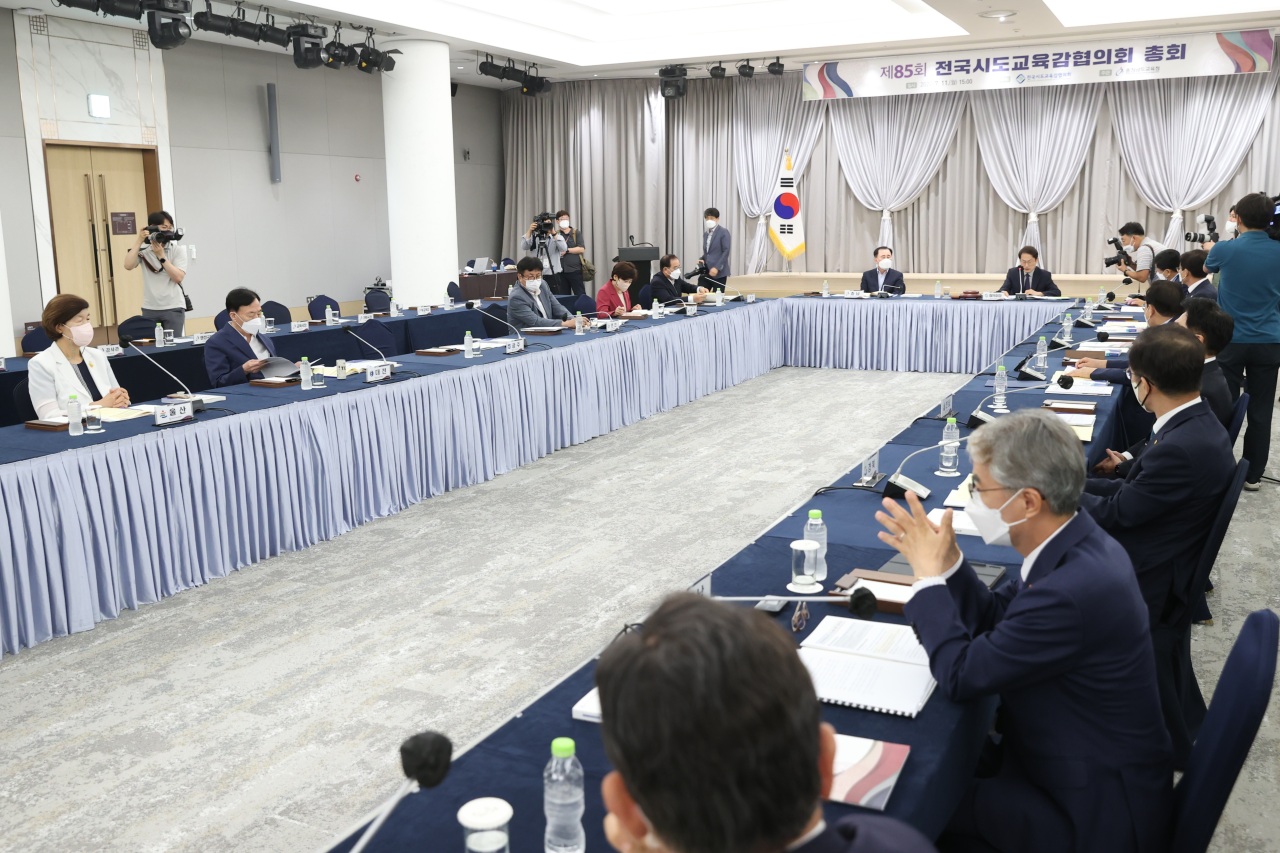 After the authorities have decided to reallocate part of budget earmarked for early childhood, elementary and secondary education for higher and lifelong education -- mainly to invest in training for semiconductor experts -- chiefs of education offices across the nation expressed disapproval.

“The current conditions of education environment and finances are already insufficient,” Cho Hee-yeon, the head of the National Council of Governors of Education, said Monday at an event held in Buyeo, South Chungcheong Province.

“We have to reshape the vision and conditions of education, putting the students first and rethinking the core value of education,” Cho said, reiterating the education office chiefs’ disapproval of the reallocation.

Last week, the committee of regional education office chiefs issued a statement opposing the reallocation, a few hours after the government announced it.

The education offices were in charge of running the reallocated budget worth 3.6 trillion won ($2.8 billion) won.

At Monday’s event, the committee called for the ministry to launch a task force regarding the reallocation plan.

“I would like to suggest discussing the matter together,” Cho said.

According to the ministry of education, Minister Park Soon-ae, who took office a week ago, said “We will look over early and higher education and try to find an alternative” in response to the committee’s suggestion.

Park did not give specific answers to the regional education chiefs’ requests. She repeatedly mentioned “cooperation,” stressing on the need for coexistence.

“Though the media focuses on differences, categorizing education chiefs by their political stances, I believe we are all the same in our sincerity for children,” the new minister said.

“The agendas of the new government are similar to the pledges of education superintendents,” she said. “That is why the communication and cooperation matters more than ever.”