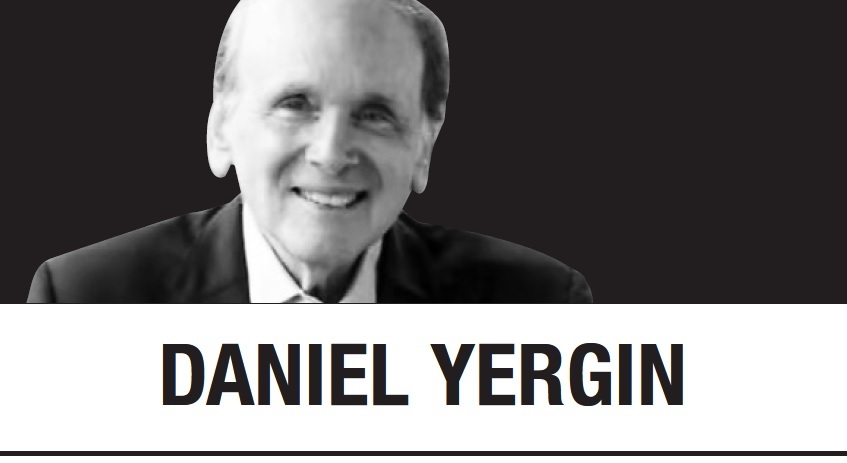 Is today’s energy crisis as serious as similar previous ones -- particularly the 1970s oil shocks? That question is being asked around the world, with consumers hit by high prices, businesses worried about energy supplies, political leaders and central bankers struggling with inflation, and countries confronting balance-of-payments pressures.

So, yes, this energy crisis is as serious. In fact, today’s crisis is potentially worse. In the 1970s, only oil was involved, whereas this crisis encompasses natural gas, coal, and even the nuclear-fuel cycle. In addition to stoking inflation, today’s crisis is transforming a previously global market into one that is fragmented and more vulnerable to disruption, crimping economic growth. And, together with the geopolitical crisis arising from the war in Ukraine, it is further deepening the world’s great-power rivalries.

Today’s energy crisis did not begin with Russia’s invasion of Ukraine, but rather last year when energy demand surged as the world emerged from the COVID-19 pandemic. That is when China ran short of coal and prices shot up. The global market for liquefied natural gas (LNG) then tightened, with prices skyrocketing, and oil prices rose as well.

Normally, with rising energy prices, a country like Russia would have increased its natural-gas sales to its main customer, Europe, above the minimum contracted volumes. Instead, it stuck to its contracts. At the time, it appeared that Russia was trying to force prices up. But, instead, the Kremlin may well have been preparing for war.

Because Europe depended on Russia for 35-40 percent of its oil and natural gas, Putin assumed that the Europeans would protest the invasion but ultimately stand aside.

Looking ahead, five factors could make today’s energy crisis even worse. First, Putin has opened a second front in the conflict by cutting back on the contracted volumes of natural gas that Russia supplies to Europe. The goal is to prevent Europeans from storing enough supplies for next winter, and to drive prices higher, creating economic hardship and political discord.

Second, a new or revived nuclear deal with Iran is unlikely. Thus, sanctions on the country will not be lifted -- and that means Iranian oil will not be flowing into world markets anytime soon.

Third, although Saudi Arabia may step up its oil production to help “stabilize” oil markets in connection with US President Joe Biden’s upcoming visit, no gusher is likely to follow, because there does not appear to be a large amount of extra oil in Saudi Arabia (or in the United Arab Emirates) that can be produced on short notice.

Fourth, China’s demand for oil has been significantly reduced by its “zero-COVID” lockdowns, which have sharply curtailed economic activity. But if it lifts many restrictions, a big increase in oil consumption and demand will follow.

Lastly, however tight the market for crude oil, there is even more tightness in the refining sector that produces the gasoline, diesel, and jet fuel that people actually use. This sector has developed into a complex, highly interconnected worldwide system. Russia was refining products that it was shipping to Europe, while Europe was sending gasoline that it did not need to the US East Coast, and so forth.

In some places, the system is going all out, with US refineries already operating at about 95 percent capacity. But the system overall still cannot keep up with demand. Russian refineries are functioning only partly, depriving Europe of oil products; and not enough European gasoline is reaching North America. Chinese refineries are operating at less than 70 percent capacity. Some four million barrels per day of refining capacity have been shut down worldwide, owing to the pandemic, new regulations, and challenging economics. Add in the risk of accidents, poor policy decisions, and a hurricane knocking out refineries on the US Gulf Coast, and the situation could get even worse.

That said, a few countries could still boost production. Canada -- the world’s fourth-largest oil producer -- could provide extra barrels in collaboration with its major market, the US. And US shale oil production is back in gear and could add 800,000 to one million barrels per day of new production this year -- far more additional production than the rest of the world combined.

An economic slowdown could also dampen prices. S&P’s latest global purchasing managers’ index points to a weakening of economic growth, with US manufacturing activity “slipping into a decline … to a degree only exceeded twice” -- at the height of the pandemic lockdown and during the 2008 financial crisis. Likewise, European growth has slowed sharply to a 16-month low. Such slowdowns could reduce demand and lower energy prices. But, of course, they also will strain the Western alliance and popular unity.

The next six months will be critical, testing whether Europe can maneuver its way through the coming winter. In what Habeck called a “bitter” but “necessary” decision, Europe will need to burn more coal. In the difficult months ahead, there will need to be more informed collaboration between government and the industry that manages the energy flows on which modern economies depend.

Daniel Yergin
Daniel Yergin, Vice Chairman of S&P Global, is the author of “The New Map: Energy, Climate, and the Clash of Nations” and “The Prize,” for which he won the Pulitzer Prize.