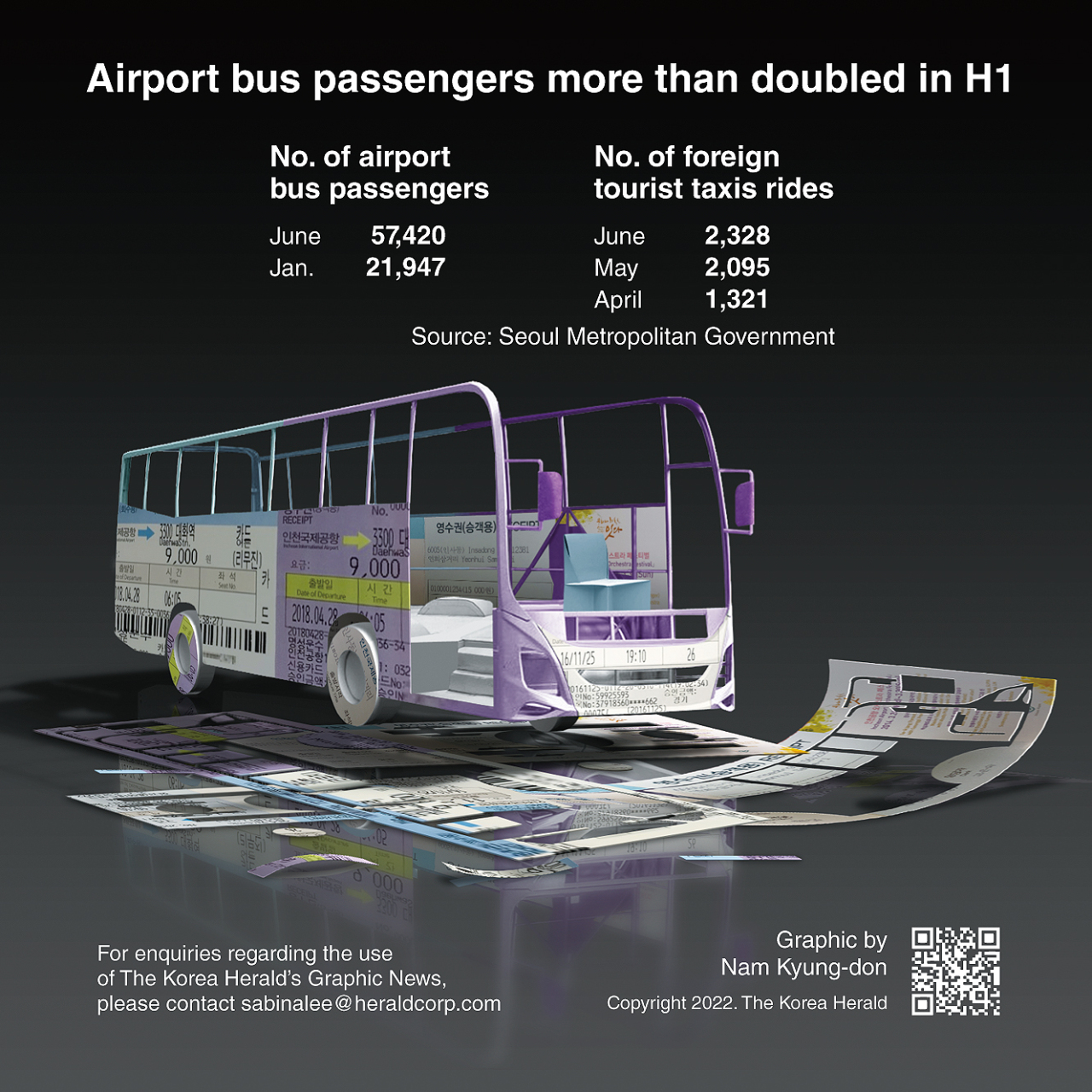 The number of airport bus passengers in Seoul increased by 2.6 times during the past six months, the city government said, as the demand for air travel has spiked after the lifting of almost all COVID-19 social distancing restrictions in April.

The number of rides performed by foreign tourist taxis has also rebounded and exceeded 5,000 in only three months after they resumed operations in April, the government said.

In the case of foreign tourist taxis, 189 vehicles are currently in operation, and the number of their rides surged from 1,321 in April to 2,095 in May and 2,328 in June, the city government noted. (Yonhap)