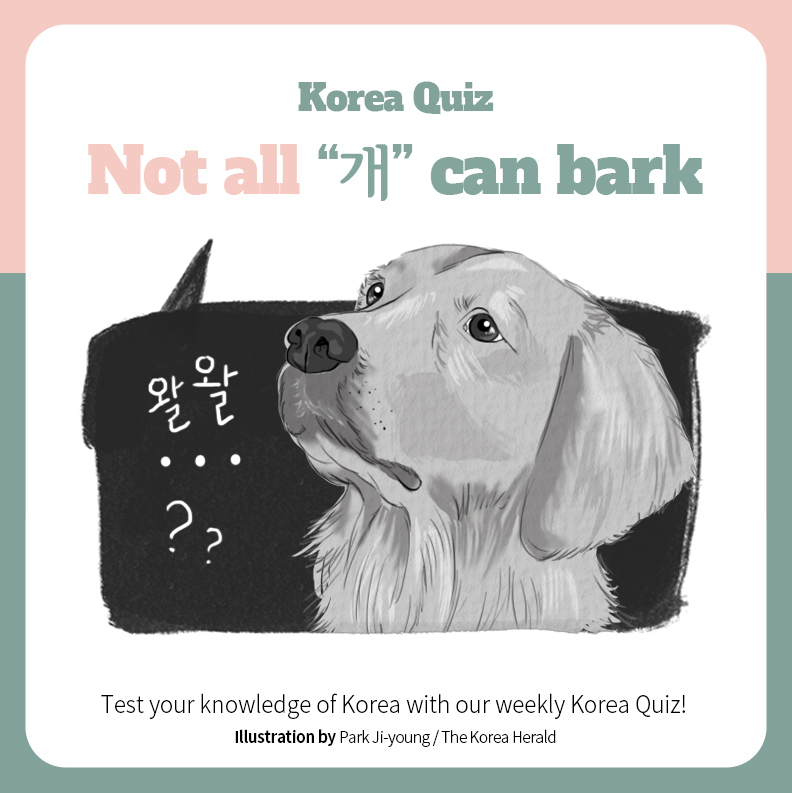 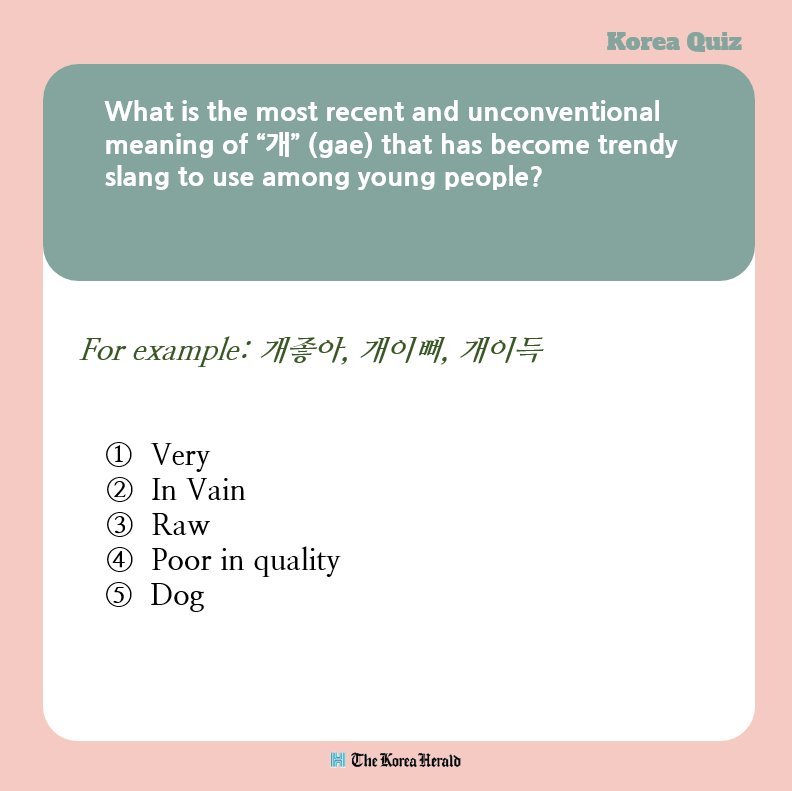 
“개 (gae)” might be one of the most versatile words in the Korean language. The most common meaning of the word is a dog, but it can also be used to mean all the other options listed above.

In recent years, however, teenagers have used the word more often and in a far broader context as an amplifier to increase the intensity of something both positive and negative. It works like “very” or “so.”

But unlike the other four meanings that can be found in the dictionary, “gae” as an intensifier is not officially acknowledged, according to the National Institute of Korean Language.

That, however, does not stop young people from using it in such a way in everyday conversations.

The good thing about this use of “gae” is that it can be added to almost any adjective whether it is describing food or people. While “mashiseo” would mean tasty, saying “gae mashiseo” would be like saying “freaking tasty” in English. Similarly, “Ippeo” which means pretty, will also become very pretty when you say “gae ippeo.” But beware. A frequent use of “gae” could give out an impression that the speaker is talking in teenage parlance.

Though some believe that the word means “dog” given their exact same sound in Korean, the origin of this use remains unclear.

It is worth noting that when the word “gae” is used as a prefix in front of a noun, it originally meant either “raw,” “poor in quality” or “in vain.”

It can also be used with certain nouns with a negative connotation to increase their intensity. These uses are acknowledged as official by the National Institute of Korean Language. “Gae” is also included in certain swear words, but it is widely understood that it means “dog” in these cases.