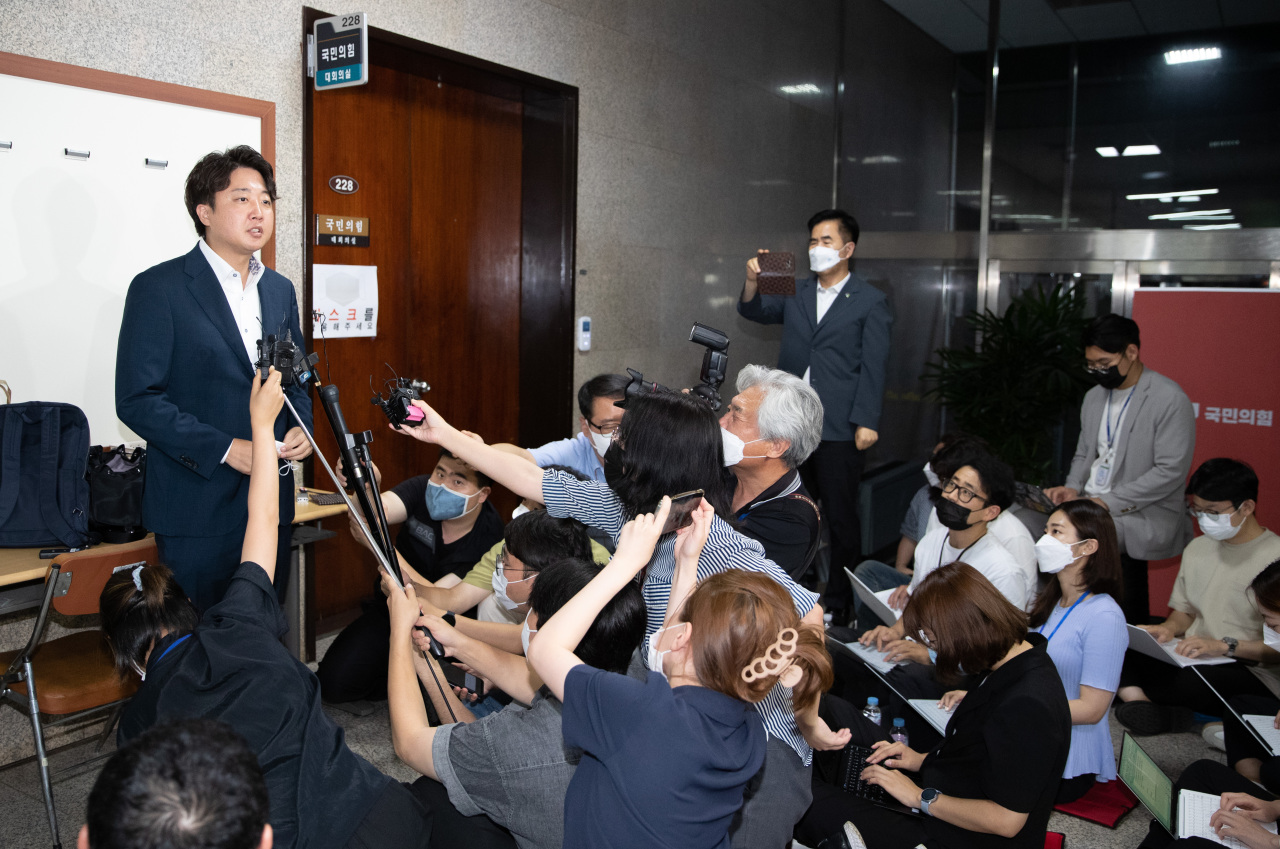 The internal ethics panel of the People Power Party announced at 2:45 a.m. Friday, after an eight-hour-long meeting, that they have decided to suspend Chairman Lee Jun-seok for the next six months, threatening his chances of finishing his term, which ends next June.

The panel said they did not find Lee’s defense trustworthy but decided to only suspend his membership temporarily, considering his contribution to the party’s victory in the presidential election in March and the local elections last month.

Lee has been under police investigation since early this year after allegations arose that he received sexual favors as well as bribes worth 11.5 million won ($8,800) from a business owner in 2013. Lee was then a member of the emergency steering committee for the Grand National Party, the predecessor of the People Power Party.

The panel started discussions to possibly penalize Lee for “failing to maintain dignity” and “coercing to destroy evidence” in relation to the case. Lee was suspected of ordering one of his top aides to broker a deal with a key informant by offering him a promise of investment.

The chairman has denied all allegations made against him, accusing the ethics panel of being manipulated by those with close ties to President Yoon Suk-yeol. Calls have grown since the end of the presidential election for Lee to step down and let a new leader take his place to help the party create synergy with the Yoon administration.

Lee has faced increasing opposition from his own party, especially allies of Yoon, after he announced the launch of a special committee to overhaul nomination guidelines for the next general election in 2024.

The chairman announced in a radio interview Friday morning that he will not accept the ethics panel’s decision and will file a complaint with the court to have the penalization prevented from taking place.