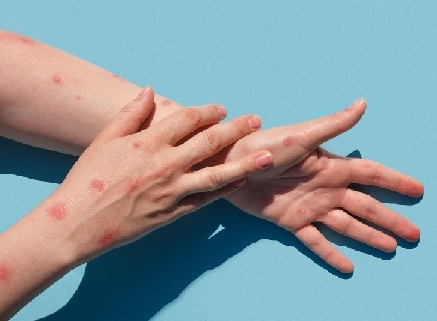 (123rf)
The COVID-19 pandemic is not quite over yet, but the world is on alert for the next virus: monkeypox.

To date, more than 6,000 cases of monkeypox have been reported in 58 countries, with over 80 percent of the cases in Europe, according to the World Health Organization.

Korea confirmed its first case of the virus on June 22. The first patient is a Korean citizen who returned from a trip to Germany and showed symptoms of fever, sore throat, lethargy and skin lesions, the Korea Disease Control and Prevention Agency said.

The patient is likely to be released from isolation treatment as early as this week as most of his or her symptoms disappeared, said an official at Incheon Medical Center, where the patient is currently receiving treatment.

“The patient still tests positive for the infection. Discharge depends on how test results come out,” the official added.

Mainly found in central and western Africa, monkeypox is a viral infection that causes a serious illness similar to smallpox illness in humans.

The zoonotic virus, which was first identified in laboratory monkeys in 1958, spreads primarily through direct contact with sores and bodily fluids from infected persons as well as respiratory secretions when people have face-to-face contact.

While the spread of another deadly virus is worrisome for all, local LGBT communities fear a new wave of homophobia in Korea.

Judging by social media, it is not difficult to justify the concerns.
One tweet uploaded on Jun. 27 reads, “What if the monkeypox infection further spreads (here) because of gays, lesbians and other homosexuals.” Another posted on Jun. 29 by a different person reads, “Gays are a high-risk group for the monkeypox virus.”

Some have called for the cancellation of the upcoming Seoul Queer Culture Festival, scheduled for July 16, on the grounds that a large crowd of homosexuals gathering in the middle of Seoul would put the city at risk of monkeypox spread.

Recently, the virus has spread mostly among men who have had sexual contact with other men.

According to a survey conducted by the World Health Organization on 2,103 monkeypox patients reported between Jan. 1 and June 15, 99 percent of the confirmed cases could be classified as such.

“We know monkeypox can spread when there is close contact with the lesions of someone who is infected, and it looks like sexual contact has now amplified that transmission,” said David Heymann, who formerly headed WHO’s emergencies department, in an interview with AP in May.

Rave parties held in Spain and Belgium may be behind the ongoing monkeypox outbreak, he said.

Gay communities have been “a route of virus transmission” and this does not mean gay and bisexual men are the origin of the virus itself, nor are they particularly at a high risk of infection, experts stressed.

“It seems the monkeypox virus has accidentally entered male homosexual groups from an outside source. Anyone can get or spread monkeypox through physical contact like skin-to-skin touch with someone who has an infectious rash or scabs,” said Kim Woo-joo, an infectious disease professor at Korea University.

“It’s not a disease confined to the gay community nor a venereal infection.”
Eom Joong-sik, an infectious disease professor at Gachon University Gil Hospital, echoed the view, saying, “It’s inappropriate to view gay and homosexual men as high-risk groups for monkeypox.”

“Women and medical staff who treat monkeypox patients are also at great risk of contracting the virus.” 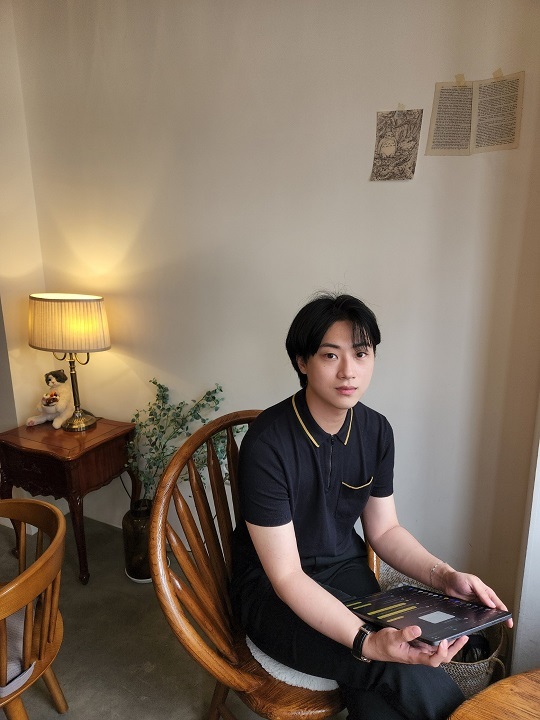 Choi Seung-hee, a 29-year-old transgender man and YouTuber, poses for a photo during an interview with The Korea Herald on July 5, in Bucheon, Gyeonggi Province. (Choi Jae-hee / The Korea Herald)
Choi Seung-hee, a 29-year-old transgender man living in Bucheon, Gyeonggi Province, who has been dating a gay man for almost three years, says monkeypox seems to be providing some Korean people the justification to despise homosexuals.

“Even though a number of medical professionals have corrected a misleading claim that only gay people get and spread monkeypox, many people still pin the blame on the LGBT community.”

“I think they are taking their fear, frustration and anger toward an infectious disease outbreak out on sexual minorities like me,” said Choi, whose YouTube channel “Only One” has more than 70,000 subscribers.

When the first case was confirmed in Korea and social media flooded with posts attacking the LGBT community, he was reminded of May 2020 when a cluster infection of COVID-19 was reported in Itaewon, where many gay bars and clubs are located.

Public antagonism toward the LGBT community surged and many gay men were treated as potential virus carriers at that time.

“With fears of being ridiculed and rebuked in relation to the monkeypox, some of my gay friends decided not to join this month’s Seoul Queer Culture Festival. Gay people, who have continued to experience pervasive discrimination in this society, became even more frustrated and intimidated.

"Me and my boyfriend are not going to crowded places for the time being,” he added.

Meanwhile, Prof. Kim of Korea University raised alarm over the negative effects of the social stigma towards gay people in times of a national crisis.

“Social stigma against monkeypox patients as well as sexual minorities could make people hide from health officials despite having symptoms, slowing the pace of the detection of virus infections, which could further threaten public health,” he said.