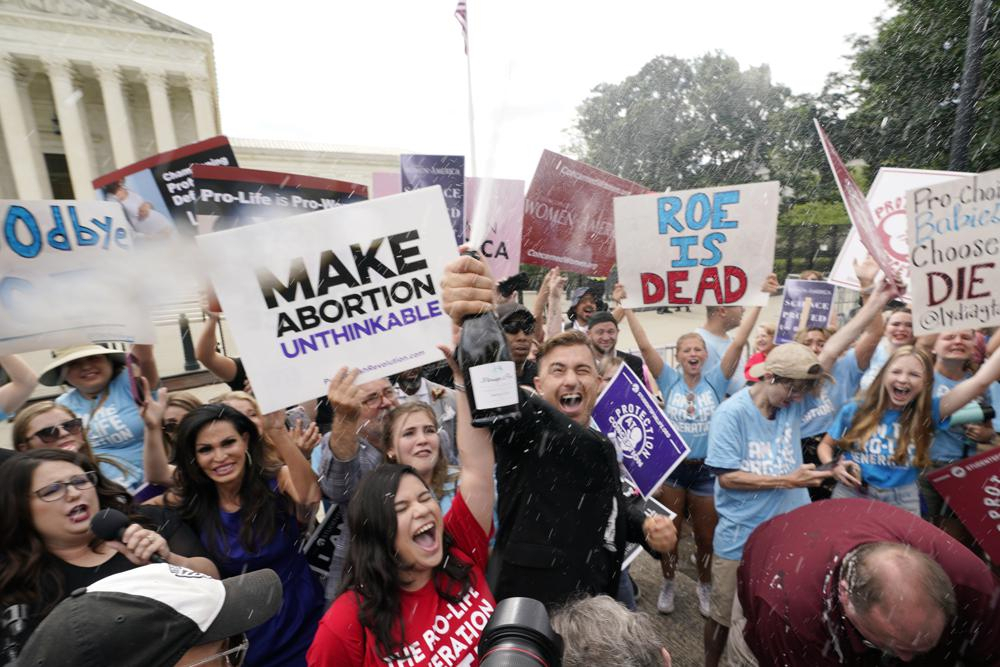 A celebration outside the Supreme Court, Friday, June 24, 2022, in Washington. The Supreme Court has ended constitutional protections for abortion that had been in place nearly 50 years — a decision by its conservative majority to overturn the court's landmark abortion cases. (AP)

The US Supreme Court on Friday overturned Roe v. Wade, the 1973 decision that had provided a constitutional right to abortion. The ruling is expected to lead to abortion bans in roughly half the states, although the timing of those laws taking effect varies.

Some Republican-led states will ban or severely limit abortion immediately, while other restrictions will take effect later. At least one state, Texas, is waiting until after the Supreme Court issues its formal judgment in the case, which is separate from the opinion issued Friday and could take about a month.

In anticipation of the decision, several states led by Democrats have taken steps to protect abortion access. The decision also sets up the potential for legal fights between the states over whether providers and those who help women obtain abortions can be sued or prosecuted. (AP)