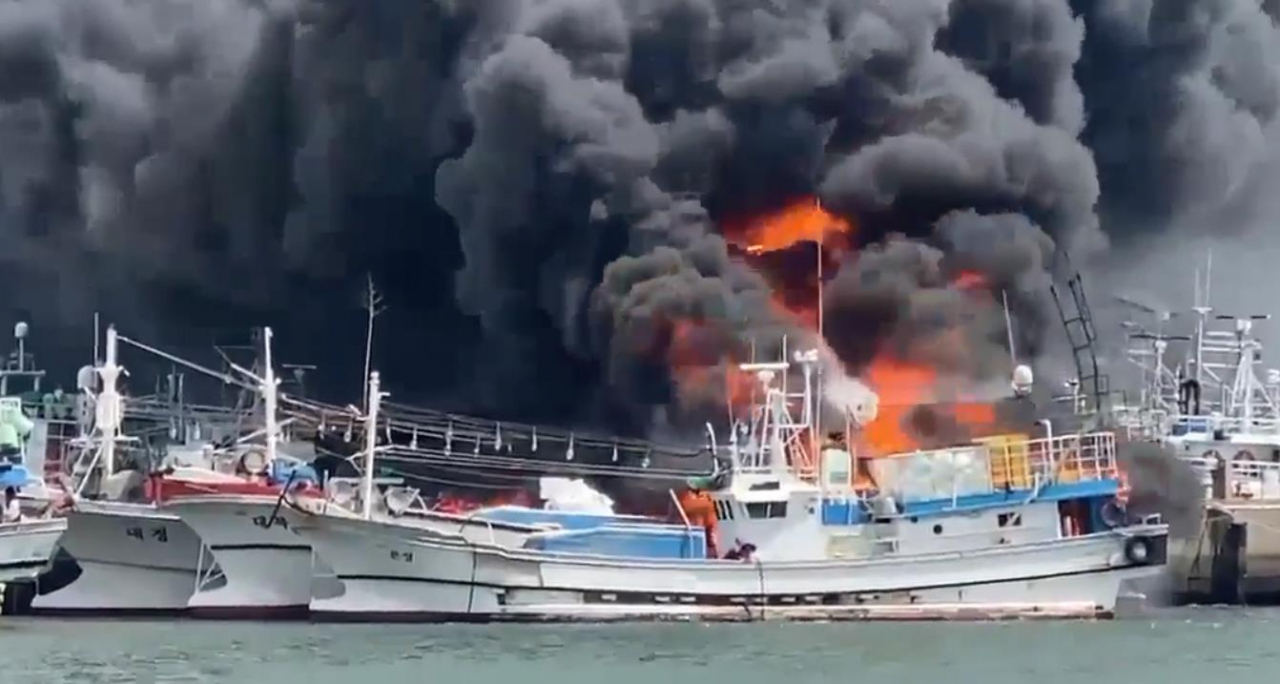 Fishing boats are on fire at Jeju's Hanlim Port on July 7, 2022, in this photo provided by a news reader. (Yonhap)

The fire started in one boat at Hallim Port at 10:17 a.m. and is believed to have spread to two others, according to the Coast Guard and firefighters.

Three people were rescued from the sea reportedly with serious injuries and were transported to a hospital, officials said.