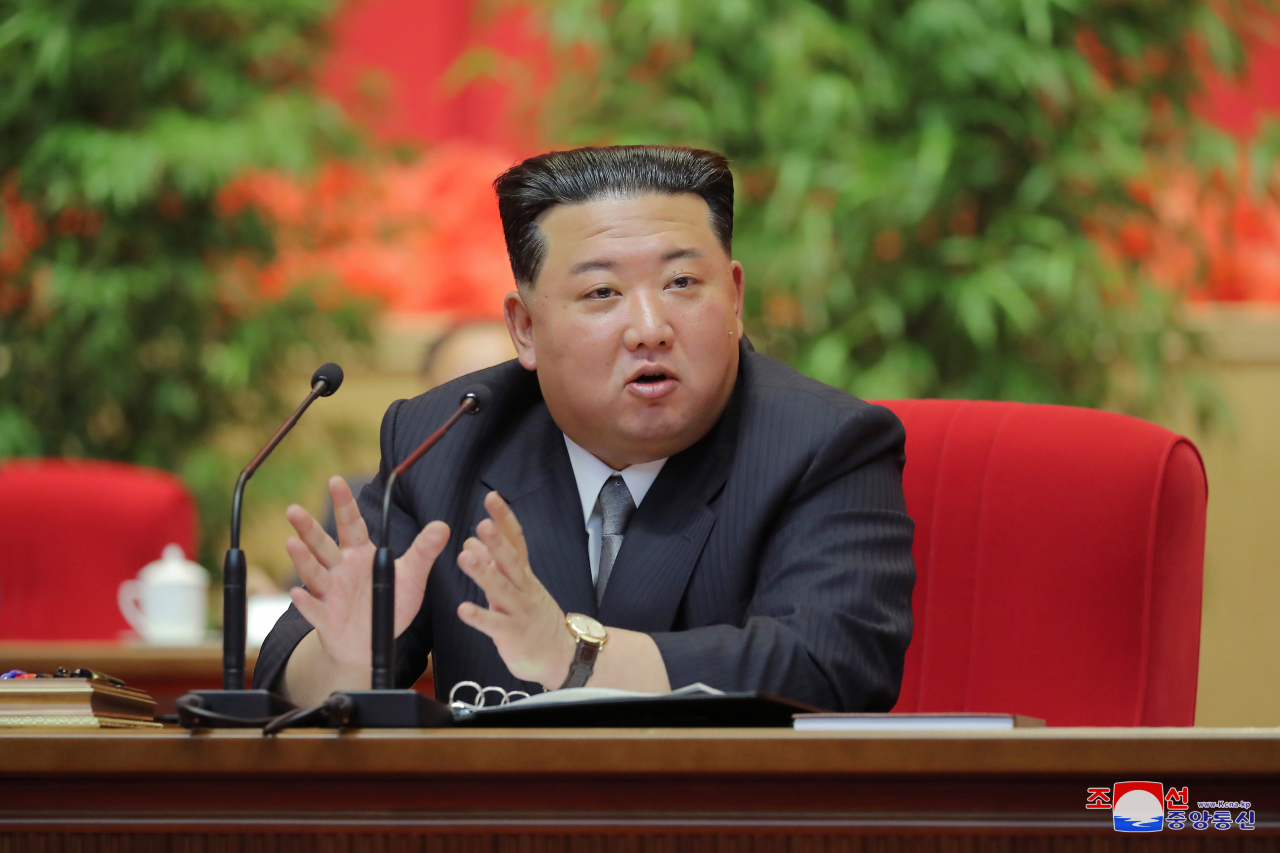 North Korean leader Kim Jong-un addresses a special workshop at the April 25 House of Culture in Pyongyang for officials in the party life guidance sections of organizational departments of party committees at all levels of the Workers' Party of Korea, in this undated photo released on Thursday, by the North's official Korean Central News Agency. According to the KCNA, the workshop, held from July 2-6 and the first of its kind, "is of important and practical significance in establishing the Party Central Committee's monolithic leadership system more thoroughly across the Party and society." (KCNA)

The workshop, the first of its kind, was held from July 2-6 at the April 25 House of Culture in Pyongyang for officials in the party life guidance sections of organizational departments, according to the Korean Central News Agency (KCNA).

The special workshop was held to establish the "monolithic leadership system" of the party's central committee "more thoroughly" across the party and society, realize the "organizational and ideological consolidation of the Party ranks in every way" and improve the role of the party, the KCNA said.

At the workshop, Kim stressed that all party organizations should "regard it as the main iron rule of Party life guidance to establish the discipline absolutely obeying the monolithic leadership of the Party Central Committee."

"Noting that our Party has powerfully guided socialist construction while further cementing the political position and displaying its fighting efficiency despite manifold harsh trials and challenges, he said it would have been unthinkable without the activities of the Party life guidance sections of the organizational departments of the Party committees at all levels," the KCNA added.

Kim also pointed out that the party life guidance sections failed to meet the demand and intention of the central committee, it said, suggesting that he could have rebuked the officials serving in the organizational department.

The workshop appears to be part of the North's efforts to tighten social discipline and rally internal unity amid multiple challenges, including growing economic pressure from the prolonged COVID-19 pandemic. (Yonhap)