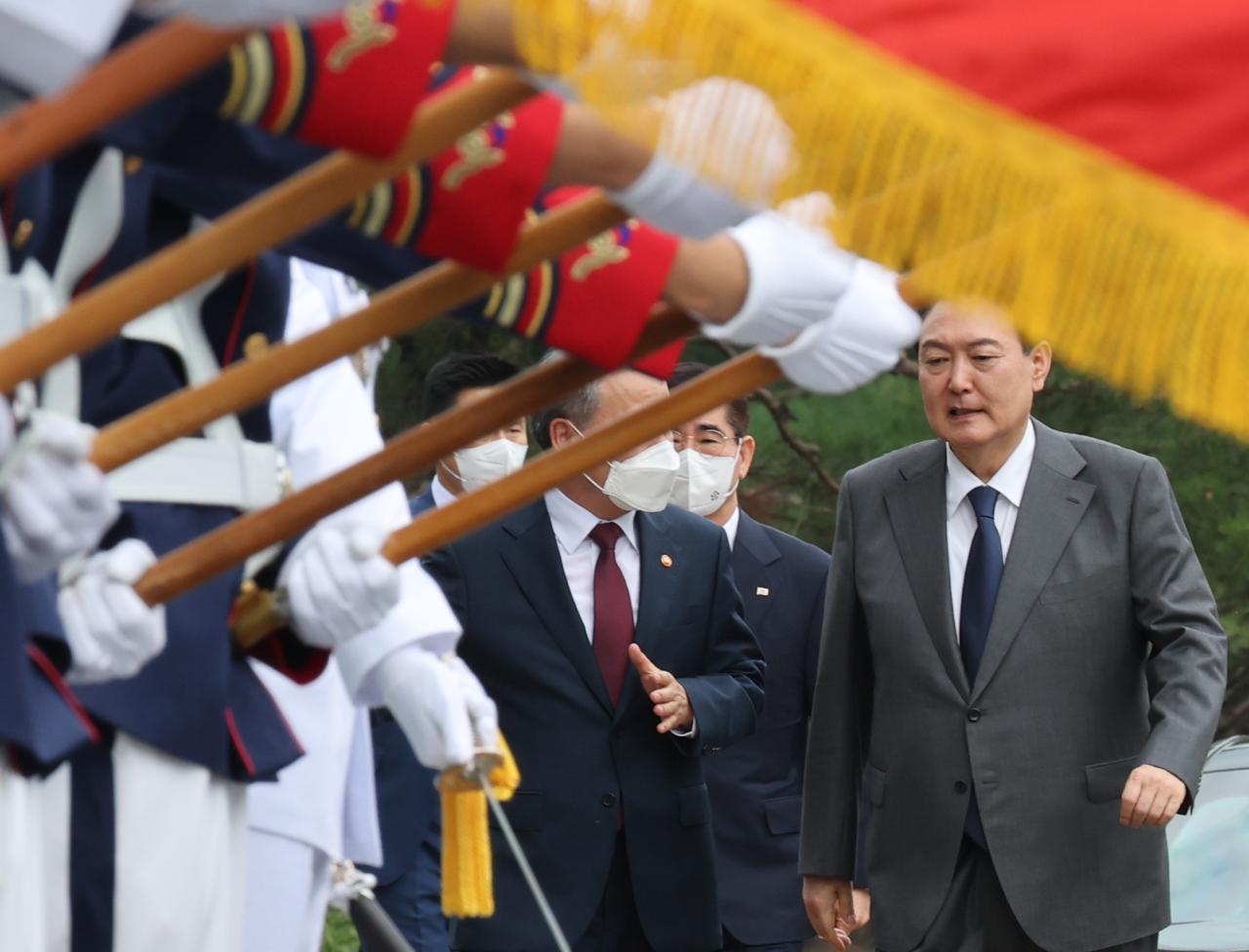 The South Korean military will establish a new command in response to missile and nuclear threats from North Korea, the Ministry of National Defense said Wednesday, while President Yoon Suk-yeol called for prompt and firm punishment in respond to North Korean provocations.

“It is the military’s mission to protect the lives, property, territory and sovereignty of the people at any cost, and we must firmly show our will to do so,” President Yoon said at a meeting of all military commanders at Gyeryongdae in South Chungcheong Province, where the headquarters of the Army, Navy and Air Force are located.

“We need to take fundamental measures against North Korea’s nuclear and missile threats,” he said, calling for the increase of the effectiveness of the extended deterrence based on the South Korea-US alliance.

President Yoon also ordered them to secure strong response capabilities such as a the “Korean three-axis system” to curb North Korea’s use of nuclear weapons and missiles and to reduce the possibility of provocations.

The three-axis system refers to the South Korean military’s response plan to intercept and destroy North Korea’s nuclear weapons and missiles and destroy key facilities such as its command. It includes the Kill Chain, the Korea Air and Missile Defense and the Korea Massive Punishment and Retaliation plan.

He also asked the commanders to prepare for future security threats by fostering armies with science and technology based on artificial intelligence in the face of declining military service resources.

At the meeting, Yoon and the commanders discussed strengthening the ability to respond to nuclear and missile threats, speeding up the use of AI-based combined systems, improving working conditions for military officials and guaranteeing the command of commanders.

The same day, the South Korean military decided to establish a “strategic command” to command and control the South Korean three-axis system to expand response capabilities to North Korea’s ever-advanced nuclear and missiles.

The creation of the strategic command was included in the Yoon Suk-yeol administration’s national agenda devised in May. The military seeks to come up with the plans next year and establish it in 2024.

When it is established in 2024, it will command and control strategic weapons that will implement the three-axis system and will be in charge of setting related military strength plans.