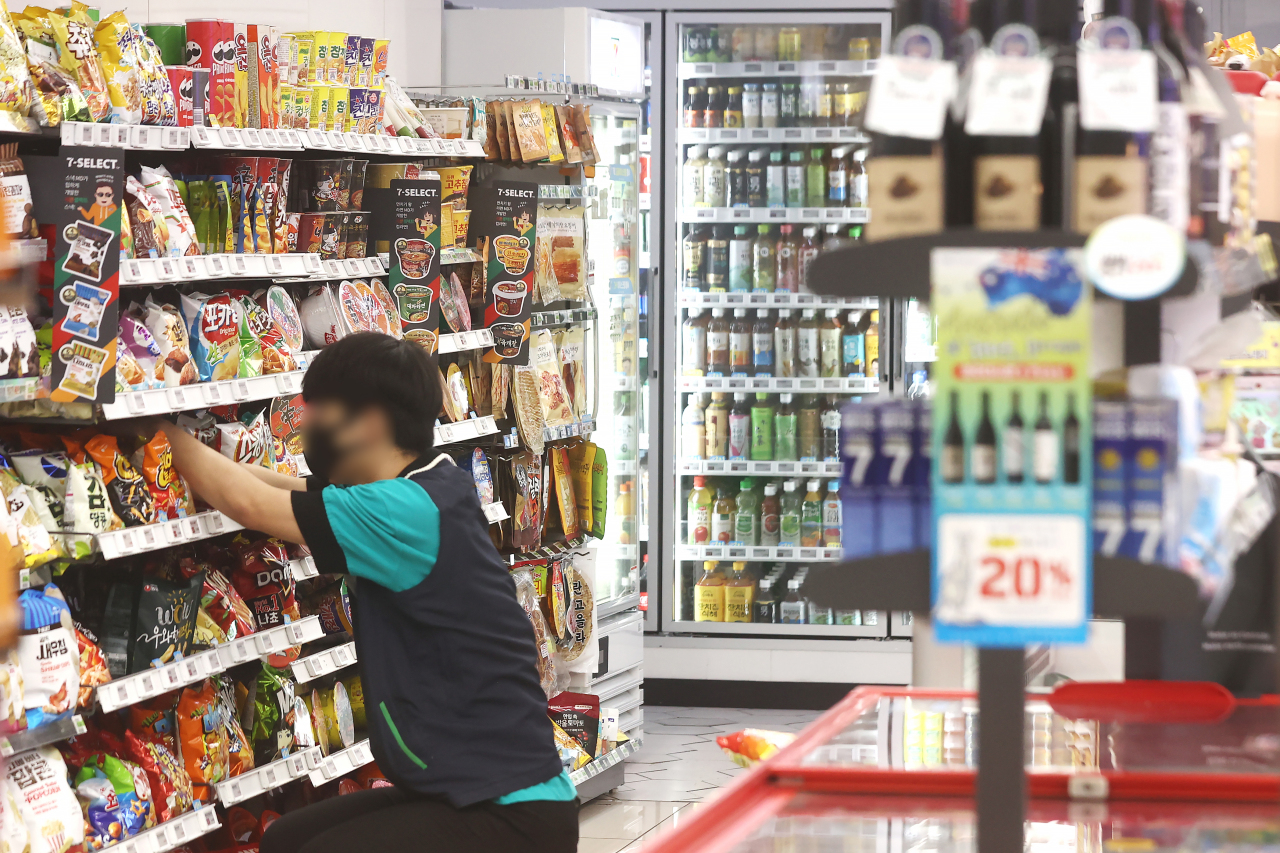 A worker arranges stocks on shelves at a convenience store in Seoul, Wednesday. (Yonhap)
Convenience store owners are pushing to impose late-night surcharges on items to offset the expected rise in labor costs from next year’s legal minimum wage increase.

Under the proposal, owners would impose a 5 percent surcharge on the price of all items sold at their store from midnight to 6 a.m.

“Most stores aren’t earning any money during the late-night hours,” said Kye Sang-hyuk, the association’s president. “We want subsidies to cover labor costs for the late-night shift.”

They will also ask franchise headquarters to expand unmanned operation systems at stores and demand that the government consider abolishing the weekly holiday pay.

The average monthly labor cost paid by convenience store owners is around 8.79 million won, according to the organization.

With next year’s minimum wage increase, that would rise by an additional 450,000 won to 9.24 million won.

The association did not hide its dissatisfaction with the wage-setting commission, saying its decision-making structure failed to respond to the dire need of those who are directly impacted by it.

Given the runaway inflation and growing downside pressures on the economy, the store owners’ late-night surcharge plan is unlikely to get public backing, market watchers said.