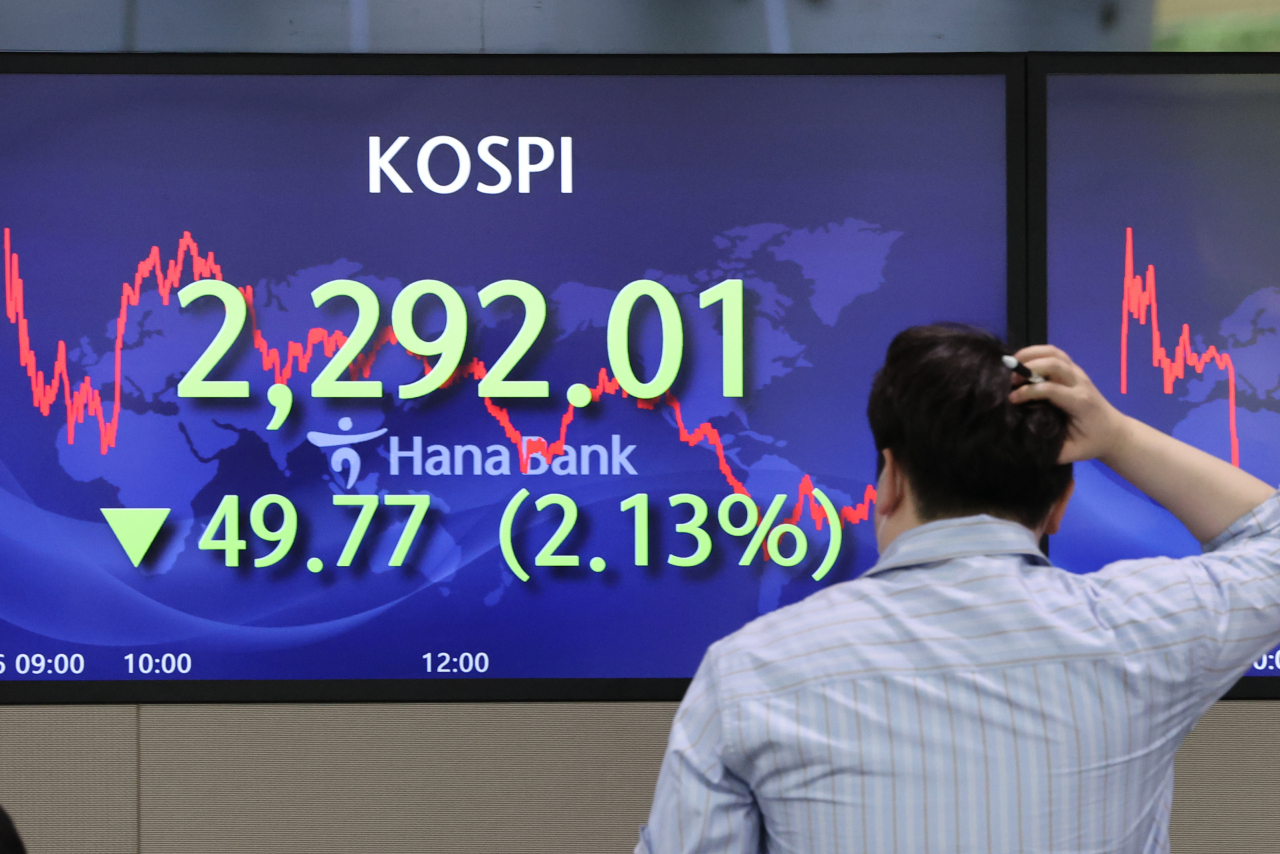 South Korean stocks dipped to a 20-month low Wednesday, as bleak data from Europe and a sharp fall in oil prices underscore worries over a global economic recession. The Korean won fell sharply against the US dollar.

"The looming recession issue dampens investor sentiment in the stock market, which is heavily influenced by exports," said Seo Sang-young, an analyst at Mirae Securities Co.

"And the won's steep fall against the dollar can have a negative impact on the inflow of foreign funds."

In Seoul, foreigners and institutions turned to a selling mode, unloading a net 313.8 billion won and a net 623 billion won, respectively. Individual investors snapped up a net 896.5 billion won.

Fears of recession were fueled by downbeat data from the eurozone, with the euro sinking to its weakest level against the US dollar in nearly two decades and with oil futures also tumbling.

Earlier this week, Germany reported a trade deficit for May, the first such headline in more than 30 years, amid a deepening energy crisis due to Russia's war in Ukraine.

Investors will look to the US Federal Reserve's latest minutes due out Wednesday (US time) as they seek clues to the Fed's next move in the monetary tightening ahead of the meeting slated for later this month, analysts said.

In contrast, top battery maker LG Energy Solution soared 2.49 percent to 370,500 won on news that it will supply batteries to Japanese commercial vehicle maker Isuzu for its electric trucks in a deal reportedly valued at 1 trillion won.