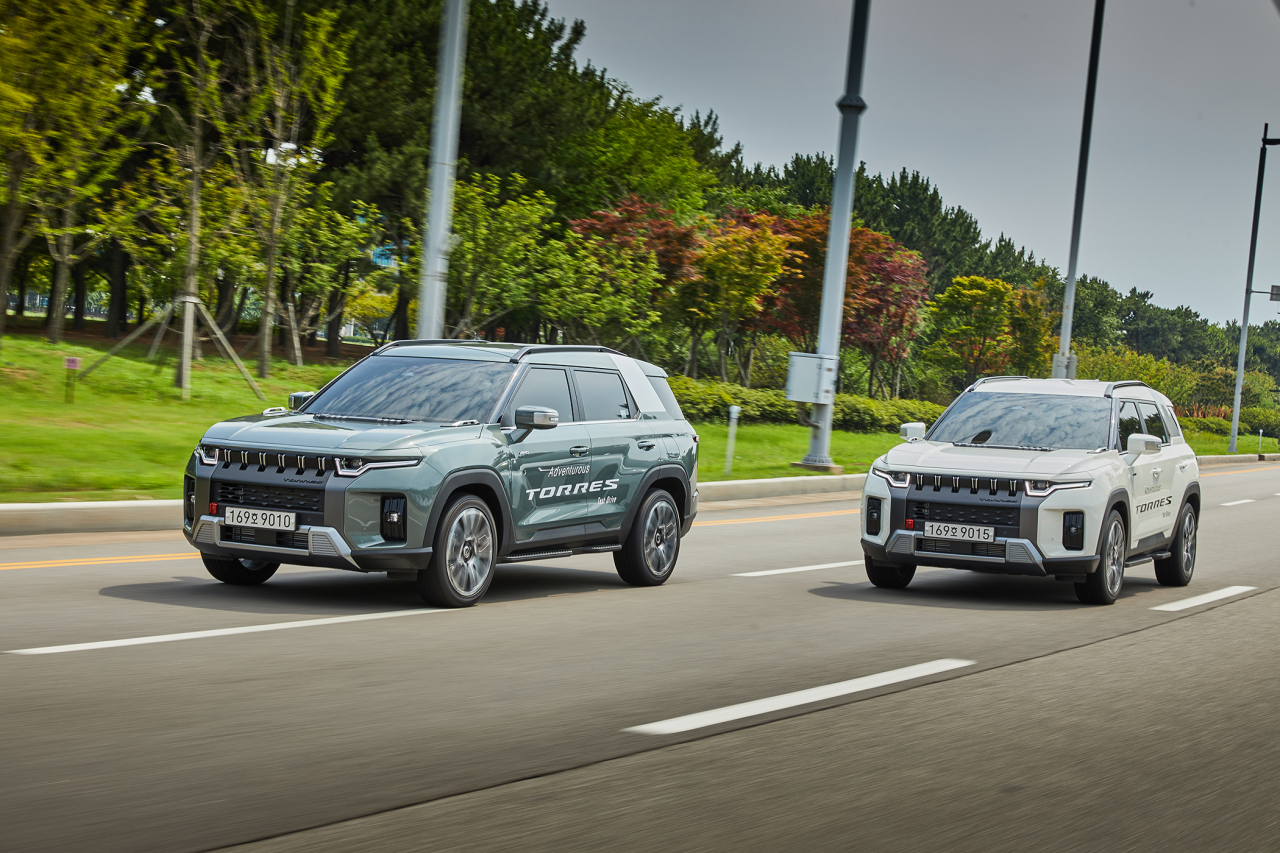 The Torres on a test-drive session (SsangYong Motor)
It’s no wonder SsangYong Motor’s Chilean dealers came up with the name Torres when they first saw the carmaker’s new midsize sport utility vehicle. The Torres looks tough enough to navigate through the soaring mountains of the Torres del Paine National Park in Chile’s Patagonia region.

Unlike other SUVs of the same size, like Kia’s Sportage and Sorento which look too sophisticated to be driven on harsh road conditions, the Torres looks like it was made for off-road driving, with bold lines that make the car look sizable and sturdy.

From the front, the radiator grille with triangular studs gives the car an alligator-teeth inspired look. The protruding storage box from the right C-pillar makes the car look like a tank.

At the back, Torres was made with a hexagon-type rear garnish that lends the impression that it has a spare tire at its back, finishing off its authentic SUV look.

One can tell that SsangYong worked on making the car spacious just by its exterior design as the roof inclines toward the C-pillar, giving more headroom for passengers in the backseat. 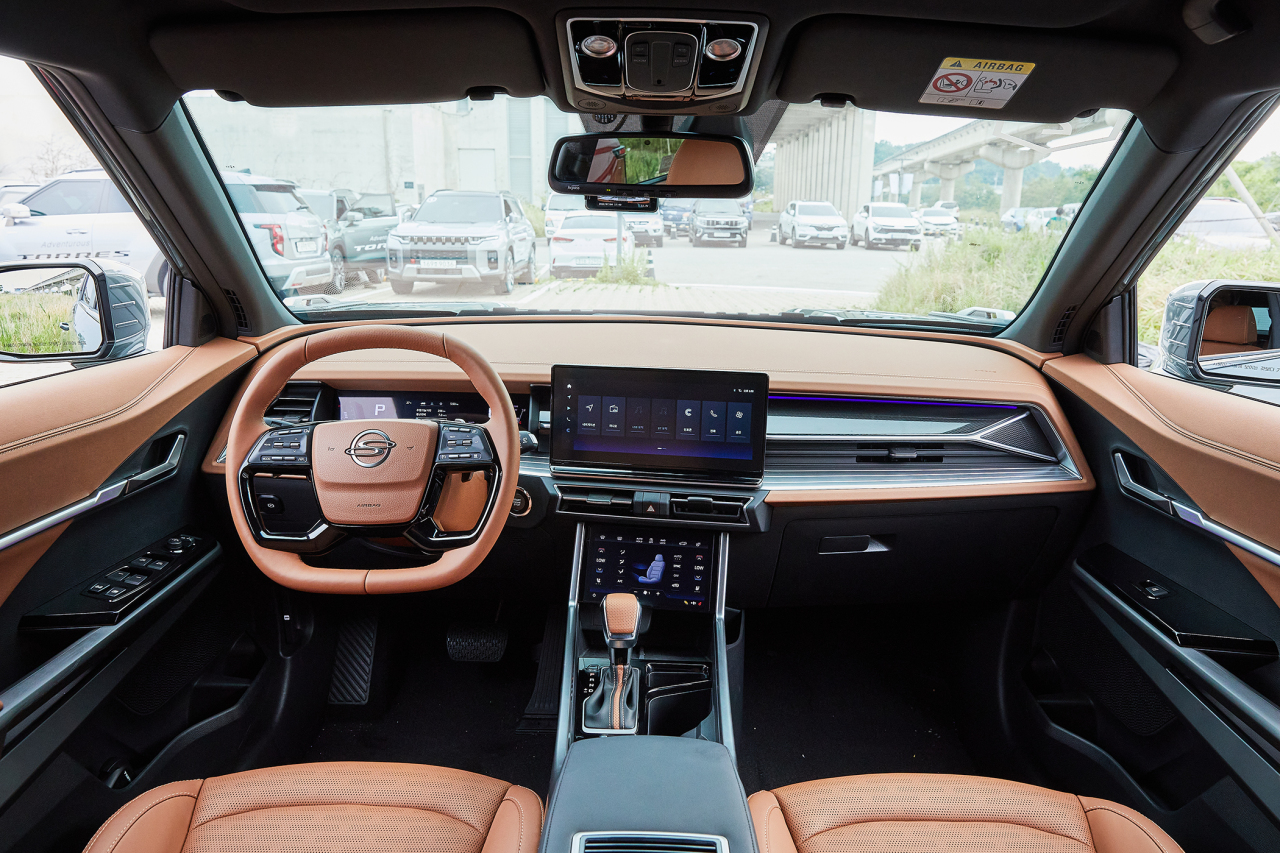 Interior of Torres (SsangYong Motor)
Inside the car, SsangYong stepped up efforts on the interior design -- which had long been a weakness for the carmaker -- by installing new digital features.

The Torres was equipped with three digital panels and an especially large, 12.3-inch screen for navigation.

The revamped, buttonless control panels were implemented on a separate display below the center panel.

The backseats offered a comfortable experience for passengers as the seats could be reclined further back.

It could also be fully folded to allow for car camping or car picnics — a growing travel trend among young Korean customers.

With the backseats folded, the Torres has 1,662 liters of space, capable of carrying at least four golf bags and four large-size carriers, or several surfboards.

During an 86-kilometer test drive session in Incheon on Tuesday, the vehicle’s performance was a bit disappointing. When trying to speed up, the Torres had a hard time boosting and that was also clear from even in the passenger seat.

The Torres is equipped with a 1.5-liter turbocharged gasoline engine that offers a maximum torque of 28.6 kilogram-meters.

The sound of the engine and road noise was quite disturbing when driving above 100 kilometers per hour.

Use of the steering wheel and pedaling on the brake were smooth, making for a pleasant and easy driving experience.

But what really makes the Torres appealing for young customers, especially first-time buyers, could be its affordable price.

The price of the new midsize SUV starts at 27.4 million won.