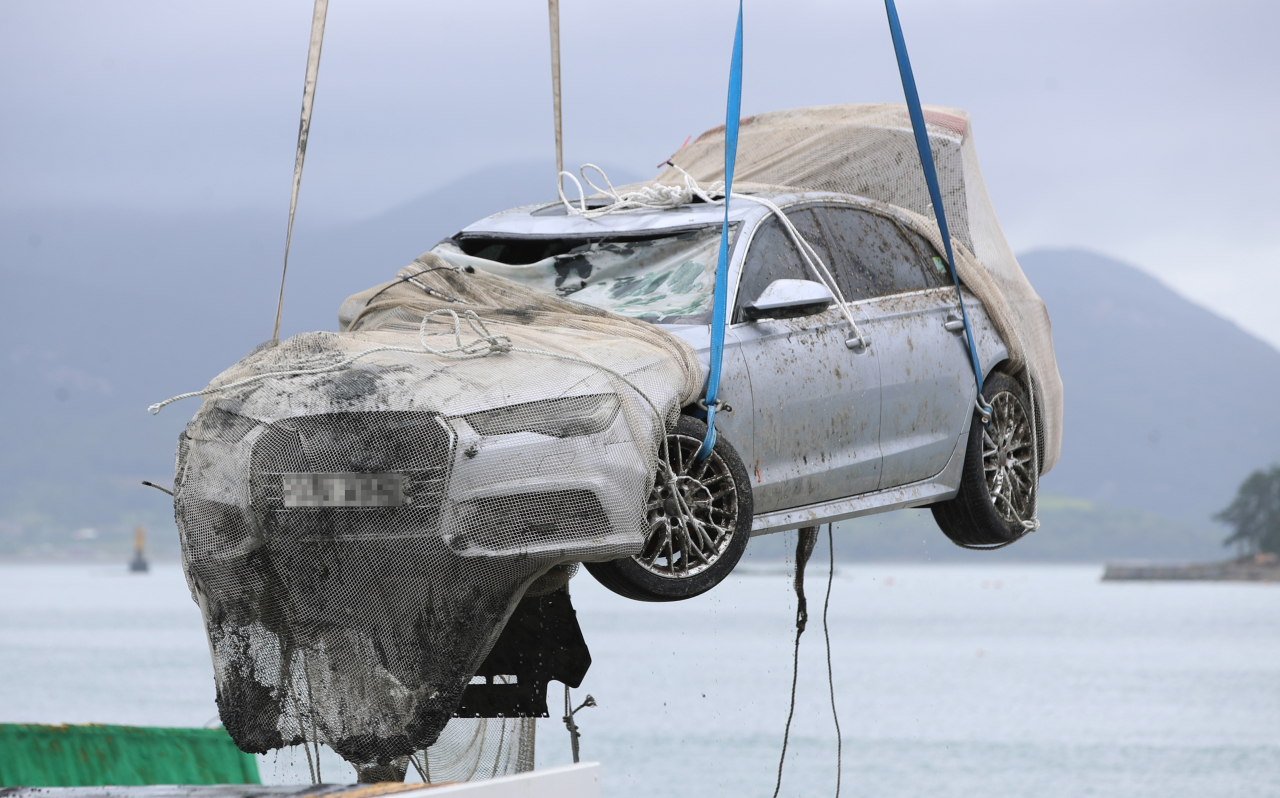 Police pulls out Cho Yu-na family`s submerged car on June 29. (Yonhap)
The parents in the family found dead in a submerged car suffered from depression, police have said.

According to police, both of Cho Yu-na’s parents were being treated for depression at a medical center in Gwangju, where the family had resided, from 2020 until recently.

“We have received information that Cho’s parents were being treated for depression by the National Health Insurance Corp.,” police said. “It is difficult to reveal details as the investigation is ongoing, and (the family’s) privacy should be protected.”

Police said Cho’s mother, surnamed Lee, was prescribed sleeping pills twice, in April and May, but did not make additional purchases apart from the prescriptions.

Cho, 10, and her parents said they would stay on Jeju Island for about a month, from May 19 to June 15, requesting leave from her elementary school.

When Cho did not show up to classes after the leave and was unable to be reached, her school reported her as missing to the police.

Police tracked the family to the southern island of Wando, South Jeolla Province, and found their submerged car near a port. In the car were the bodies of the family.

Cho’s father was reported to have invested a large sum of money in cryptocurrency. The family also had debts of more than 100 million won ($76,500).

The family was cremated Friday without a traditional three-day funeral.