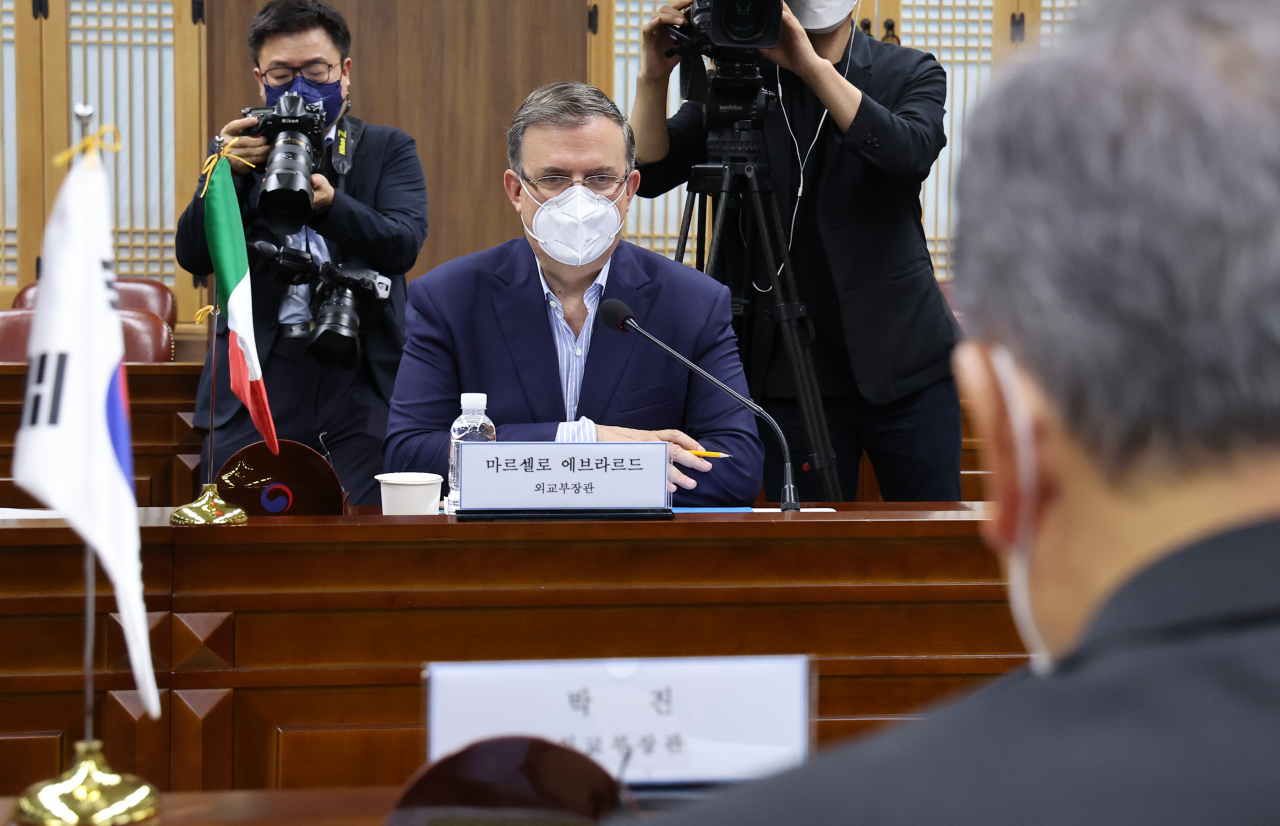 Mexican Foreign Minister Marcelo Ebrard was given an honorary citizenship of Seoul on Wednesday in recognition of his contribution to friendship between Seoul and Mexico City, officials said.

Seoul Mayor Oh Se-hoon presented Ebrard with a certificate of honorary citizenship at a ceremony at City Hall. Ebrard, who has been on a visit to South Korea since Sunday, served as mayor of Mexico City from 2006-2012 before becoming the country's top diplomat.

In 2010, Oh met with Ebrard during a visit to Mexico City for a conference of the United Cities and Local Governments (UCLG). At the time, the two signed an agreement calling for strengthening exchanges between the two capitals that forged friendship city relations in 1992.

"I am happy for Minister Ebrard becoming a honorary citizen in this special year marking the 60th anniversary of the establishment of South Korea-Mexico diplomatic relations, as well as the 30th anniversary of forging friendship between Seoul and Mexico City," Oh said. (Yonhap)