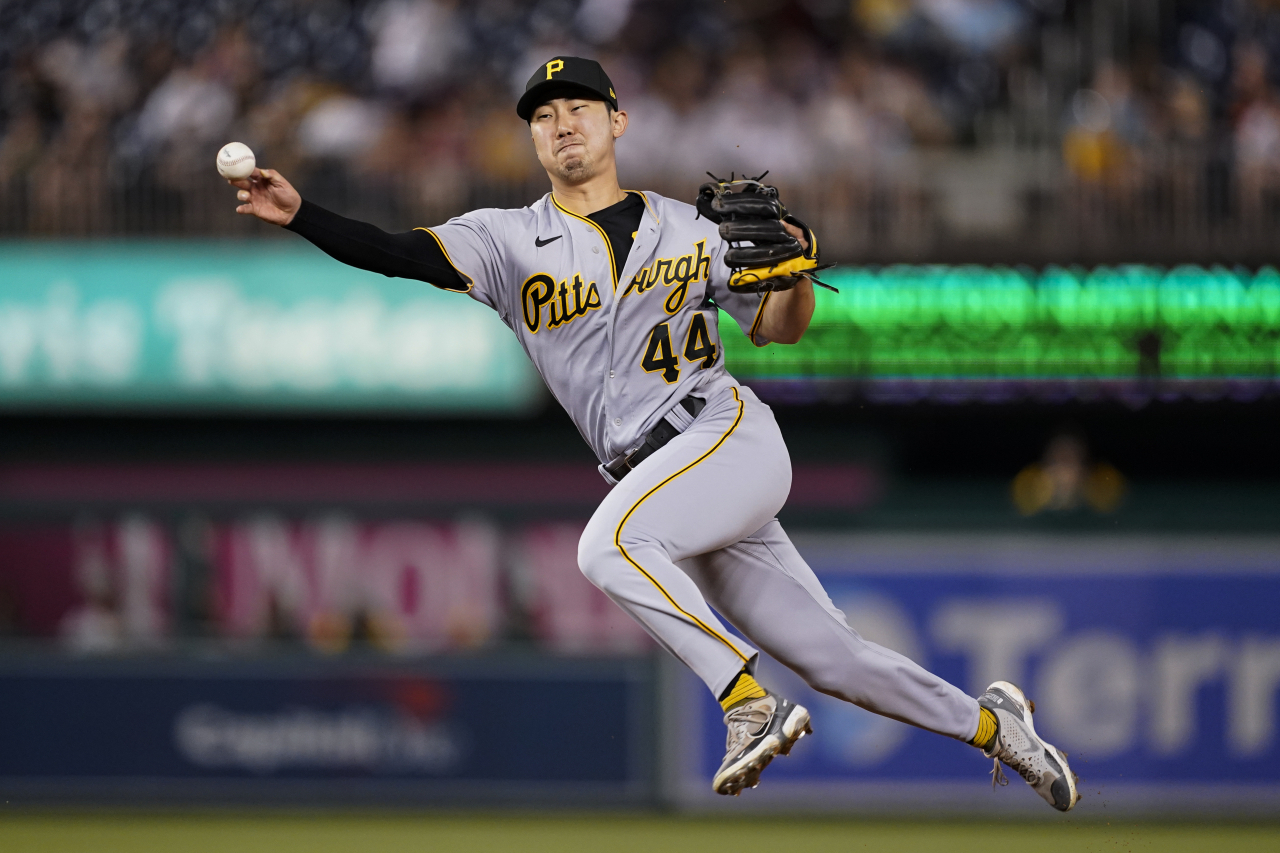 In this Associated Press file photo from last Tuesday, Pittsburgh Pirates second baseman Park Hoy-jun makes a throw to first against the Washington Nationals during the bottom of the eighth inning of a Major League Baseball regular season game at Nationals Park in Washington. (Yonhap)

The Pittsburgh Pirates' South Korean utility player Park Hoy-jun is going back to the minors, barely a month after getting called up for the second time this year.

The Pirates optioned Park to Triple-A Indianapolis on Tuesday (US local time), while reinstating a couple of players from the 10-day injured list.

Park made the Opening Day roster in April but was demoted to the minors on April 22. He was called up on May 29 but was sent back down the very next day.

The Pirates brought him back up on June 13, and Park played in 16 games before his latest demotion.

The versatile Park has appeared at second base, third base, shortstop and right field this year. (Yonhap)