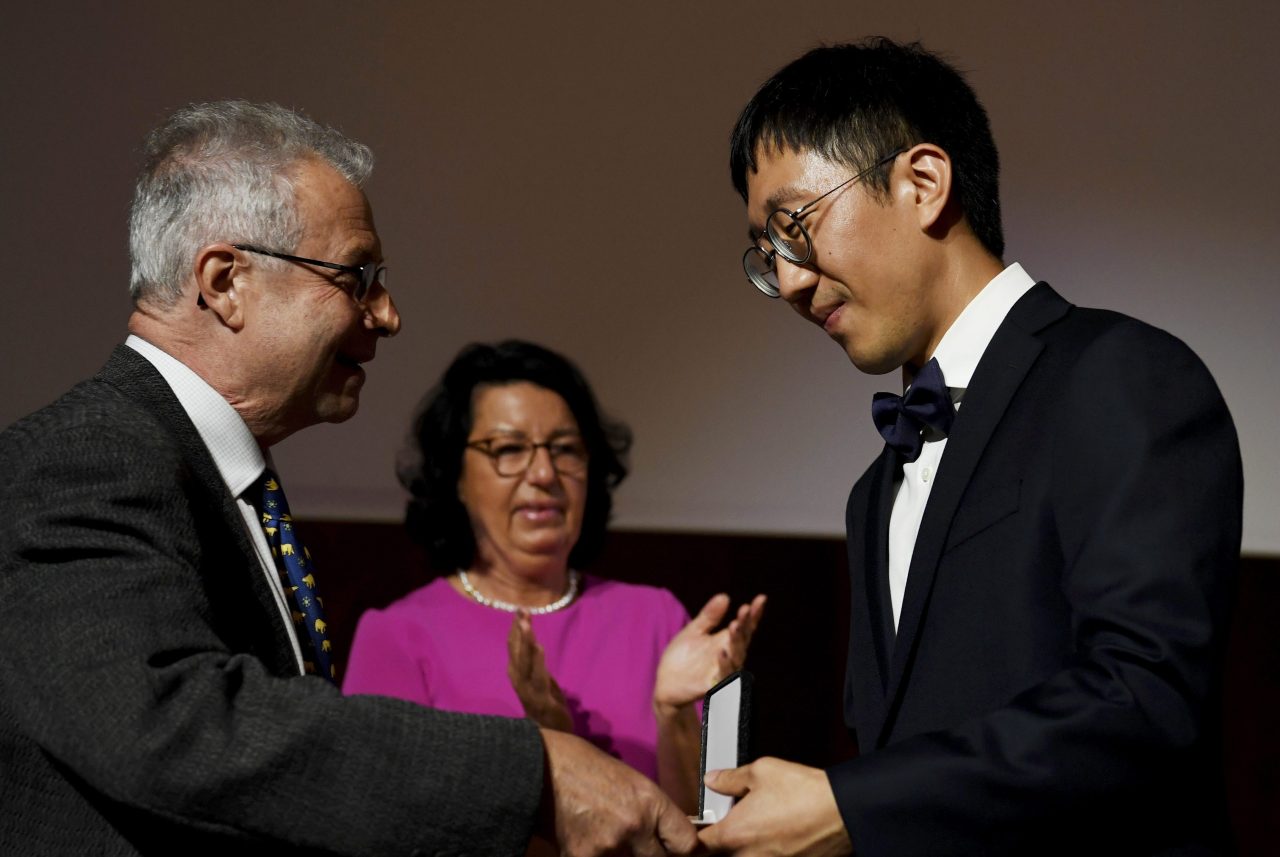 The ICM, organized by the International Mathematical Union, took place at Aalto University in Helsinki on Tuesday.

The 39-year-old, who serves as a professor at Princeton University and a distinguished professor of mathematics at the Korea Institute for Advanced Study, was recognized for his work in the field of combinatorial algebraic geometry.

According to the Ministry of Science and ICT, Huh has solved various conjectures -- namely Read’s conjecture, which he proved in a 2012 paper by making heavy use of methods from algebraic geometry.

Huh’s studies have contributed greatly to the application of information and communication technology, semiconductor design, transportation, logistics and machine learning, the ministry said.

“To me, math is a process of understanding my own biases and limitations. More generally, it’s about wondering how the human species thinks and how deeply we think,” Huh said in the ministry statement.

“I‘m deeply grateful to receive a meaningful award for what I enjoy doing,” he added.

In a 2017 interview with Quanta magazine, Huh said he thought he wasn’t good at math when he was growing up. As a teenager, he was more focused on poetry instead, thinking that it was a way to express his creativity.

Among his research, he came under the spotlight for his joint work in resolving Rota’s conjecture. He received the Samsung Ho-Am Prize in Science for physics and mathematics in 2021.

Born in 1983 in California, Huh came to South Korea when he was two years old. He finished elementary and middle school here. He took the high school graduation qualification exam after dropping out of high school, and went to university in 2002.

He majored in physics and astronomy as an undergraduate at Seoul National University and went on to study mathematics at the university’s graduate school. Huh received his doctorate in mathematics from the University of Michigan in 2014.

Huh’s global honor came five months after the IMU upped South Korea‘s status in the organization by a notch to its highest Group Five level in February after reviewing the nation’s excellence in mathematics.

Huh plans to spend the summer in Seoul to continue research at KIAS. A press conference is scheduled on Wednesday with Korean reporters.