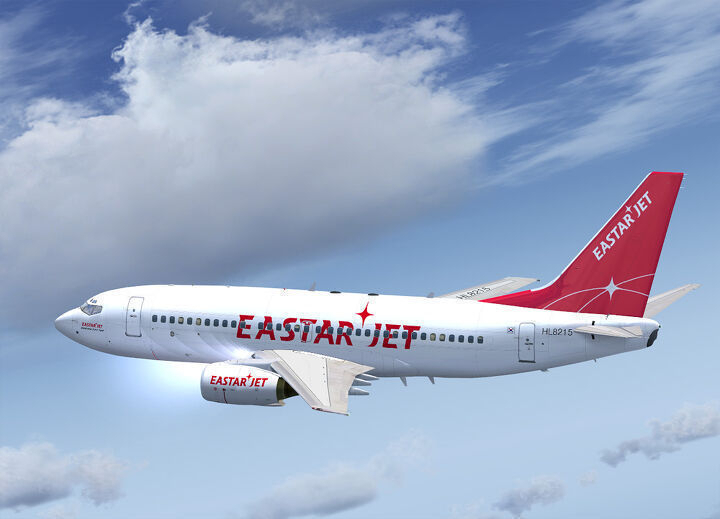 (Eastar Jet)
The government will investigate Eastar Jet Co. for false accounting data which the local budget carrier submitted to obtain approval to be an international air operator on Dec. 15, said the Ministry of Land, Infrastructure and Transport on Tuesday.

Data previously submitted by Eastar Jet showed the company had 236.1 billion won ($181.6 million) in total capital, not reflecting its state of capital erosion.

The company was in a state of complete capital erosion in 2021, according to financial statements published on May 13 on an online filing system operated by the Financial Supervisory Service.

The report showed the company had a total equity value of minus 40.2 billion won ($30.9 million), with the rate of its impaired capital reaching 157.4 percent.

“We will conduct a thorough investigation on whether there were any violations in the process of Eastar Jet’s gaining the approval. And we will take strict measures accordingly,” said Transport Minister Won Hee-ryong.

In response, Eastar Jet explained that the submitted data was based on financial figures as of May 2020, which were available at the time of submission. The company said that unexpected differences in the data occurred after restoring the accounting system in February this year.

Easter Jet was acquired by a local property developer Sung Jung Co. in November after the carrier went through a corporate rehabilitation procedure in February last year. The company has suspended most of its domestic and international routes since March 2020.