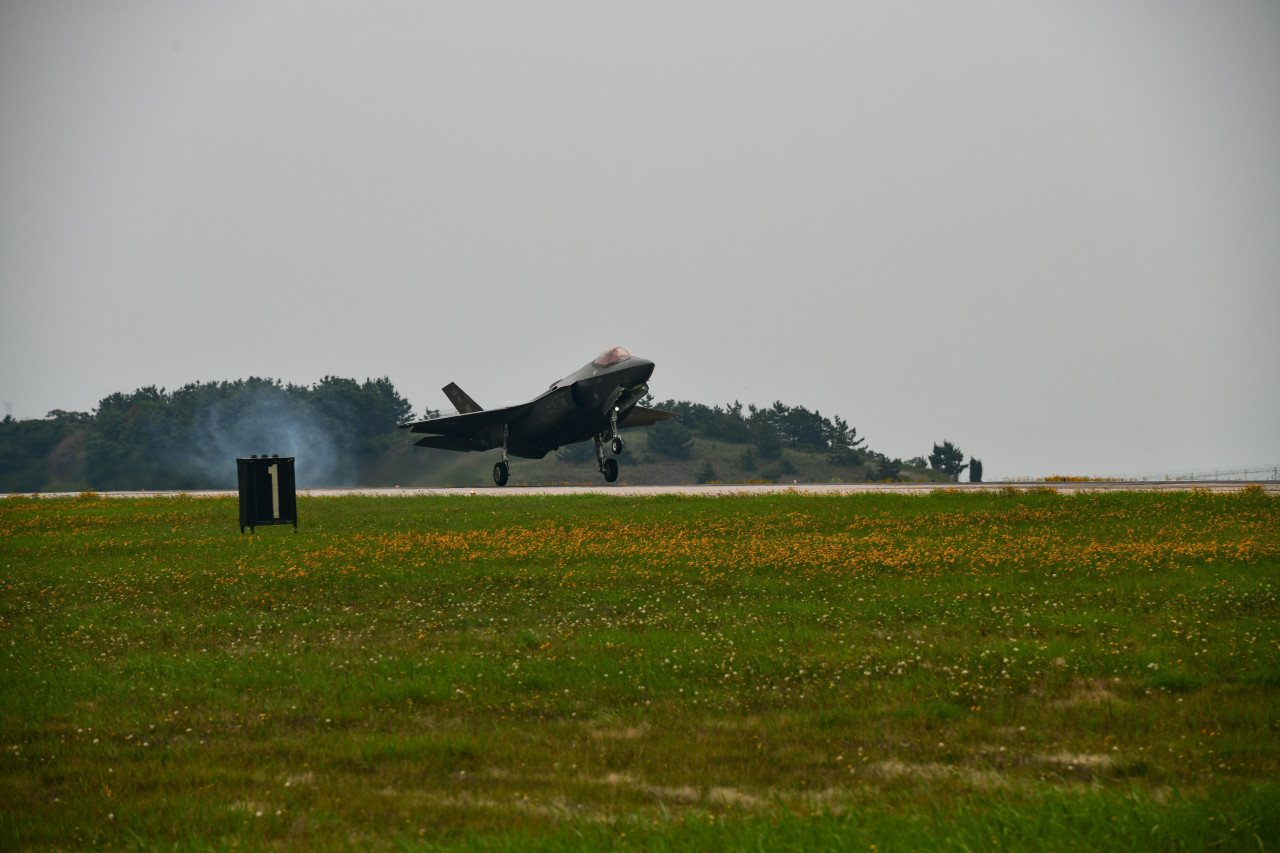 A total of six F-35A stealth fighter jets flew from Eielson Air Force Base in Alaska and arrived here Tuesday to stage drills with South Korea’s Air Force until July 14, the Ministry of National Defense announced the same day, without further details.

“The deployment simultaneously aims to demonstrate the South Korea-US alliance’s strong deterrence and combined defense posture and to enhance the interoperability of South Korean and US Air Forces,” the Defense Ministry said in a written statement.

The US Air Force’s fifth-generation warplanes will operate over South Korea and surrounding waters off the coast during the scheduled 10-day training mission, the United States Forces Korea said Tuesday in a separate press release.

“The familiarization and routine training flights will enhance the interoperability of the two Air Forces to perform and operate on and around the Korean Peninsula,” the USFK said. “The aviation training is also an opportunity for the aircrews to perform sustainment and maintenance duties to support the latest in military aircraft technology.”

The combined aerial exercises will mark the first time that F-35A stealth fighter jets of the South Korean and US Air Forces will fly together for training purposes, a South Korean military official -- who requested to remain anonymous -- confirmed to The Korea Herald.

The US Air Force also publicly dispatched its F-35A aircraft for the first time since December 2017, when the allies staged a now-suspended large-scale Vigilant Ace air exercise amid growing tensions on the Korean Peninsula.

The deployment of the F-35 stealth fighters is the follow-up measure to the agreement by South Korean President Yoon Suk-yeol and US President Joe Biden during the May 21 summit, the South Korean official explained.

The two leaders reaffirmed the US’ commitment to deploying US strategic assets “in a timely and coordinated manner as necessary” and agreed to step up combined military exercises in response to North Korea’s evolving threat.