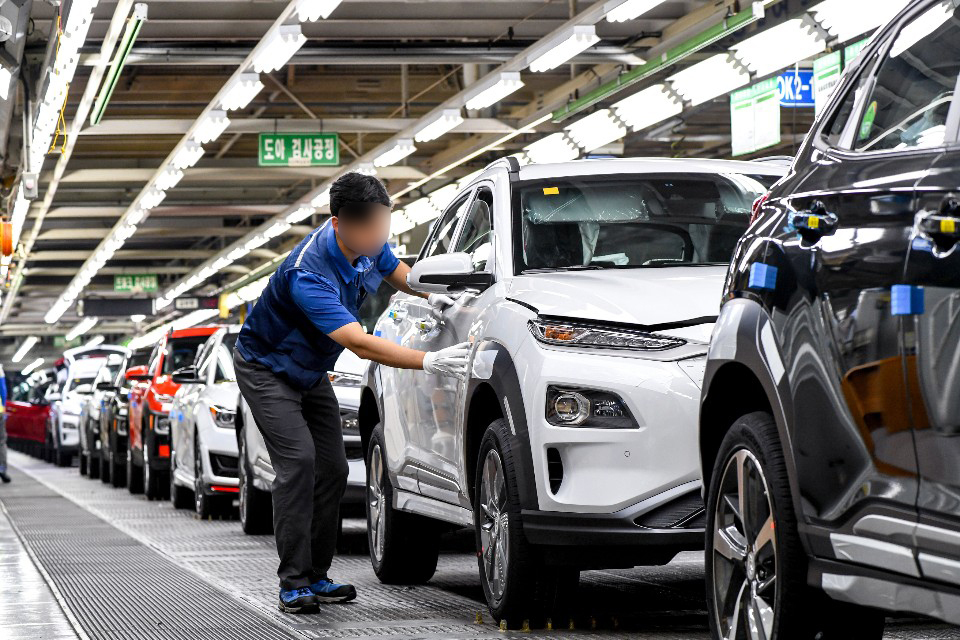 According to the industry, a 40,958-member labor union at the Hyundai Motor branch of the Korean Metal Workers’ Union under the Korean Confederation of Trade Union held a meeting Tuesday to decide on a plan for a strike, after about 71 percent of the members voted in support of a walkout last Friday.

The union’s move came as Hyundai Motor Group’s sales dropped 7.6 percent to 1,877,193 units in the first half this year compared to 2,031,185 units sold a year prior, amid a global automotive chip shortage. A recent cargo truckers nationwide strike also meant approximately 90,000 cars could not be produced in the first half of this year.

If the labor union goes on strike, it would be the first time in four years.

A walkout is highly likely, as a hard-line union leader returned to the bargaining table after being newly picked as leader of the union in December last year. Hyundai Motor Group’s labor union reached settlements in 2019 and 2020 without labor disputes.

But a legal strike is possible only after the National Labor Relations Commission decides to discontinue arbitration, citing a huge gap between the labor union and management’s stances.

Since May, the labor union and management have held 12 rounds of negotiations for this year’s collective bargaining agreement. Major negotiation issues include an increase of monthly pay, incentives and a retirement age extension, among other issues.

Meanwhile, the Korean carmaker has come under fire for greenwashing accusations over the possible manipulation of its exhaust emissions test in Germany.

According to the report released by Greenpeace, 10 combustion engine models, including the Santa Fe, Tucson, Sorento and i20, exceeded permitted nitrogen oxide emissions standards by at least 4.1 times and up to 11.2 times compared to the Euro 6 standard of 80 micrograms per kilometer, in a test conducted by the Federal Motor Transport Authority of Germany between 2015 and 2018.

The report comes a week after the Frankfurt prosecutors’ office in Germany raided the Korean carmaker’s eight offices in Germany and Luxembourg on Tuesday last week. German authorities are investigating Hyundai and Kia for selling around 210,000 vehicles in Germany that may have attached emissions-manipulating devices.

The Korean carmaker said it would comply with local authorities and provide explanations with sincerity.