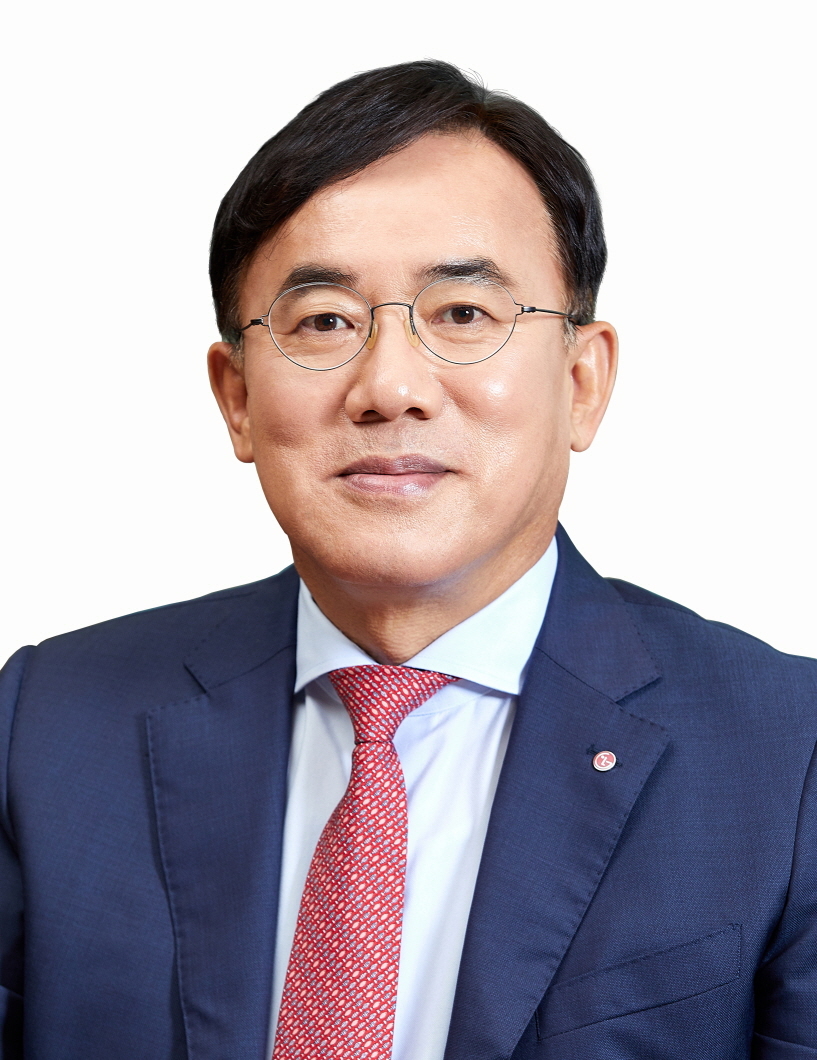 LG Innoteck CEO & President Jeong Cheol-dong (LG Innotek)
LG Innotek said on Tuesday its membership in RE100 has been approved.

RE100 is an international campaign launched by nonprofit organization the Climate Group in partnership with Carbon Disclosure Project in 2014.

The campaign aims for member businesses that consume more than 100 gigawatt-hours a year to switch to 100 percent renewable electricity sources like wind and solar power by 2050.

Some 370 global companies including Google, Apple and Microsoft are members of RE100.

LG Innotek plans to shift all of the electricity used at its domestic facilities to renewable energy by 2030, which is 20 years ahead of the RE100 deadline.

Having announced in February its goal to achieve carbon neutrality by 2040, LG Innotek is taking action to reduce energy consumption by introducing energy-efficient equipment and recycling waste heat.

The electronic parts maker will also continue to participate in Green Premium, a program where it pays additional fees to the Korea Electric Power Corp. to receive electricity produced from renewable sources.

The amount of renewable energy LG Innotek is supplied through Green Premium this year will be 192 gigawatts, or about a third of the total annual power consumption at all of its facilities around the world.

In the long run, the company plans to directly purchase power from renewable energy producers through power purchase agreements.

Sam Kimmins, head of RE100 at the Climate Group, said LG Innotek’s goal to shift 100 percent of its electricity use to renewable energy by 2030 shows that the company is a true leader in the manufacturing sector. By helping increase demand for renewable energy, it will have positive influence on other companies, he added.

LG Innotek is also actively taking part in other international campaigns for carbon neutrality such as the Science Based Targets initiative and the Business Ambition for 1.5 °C campaign.