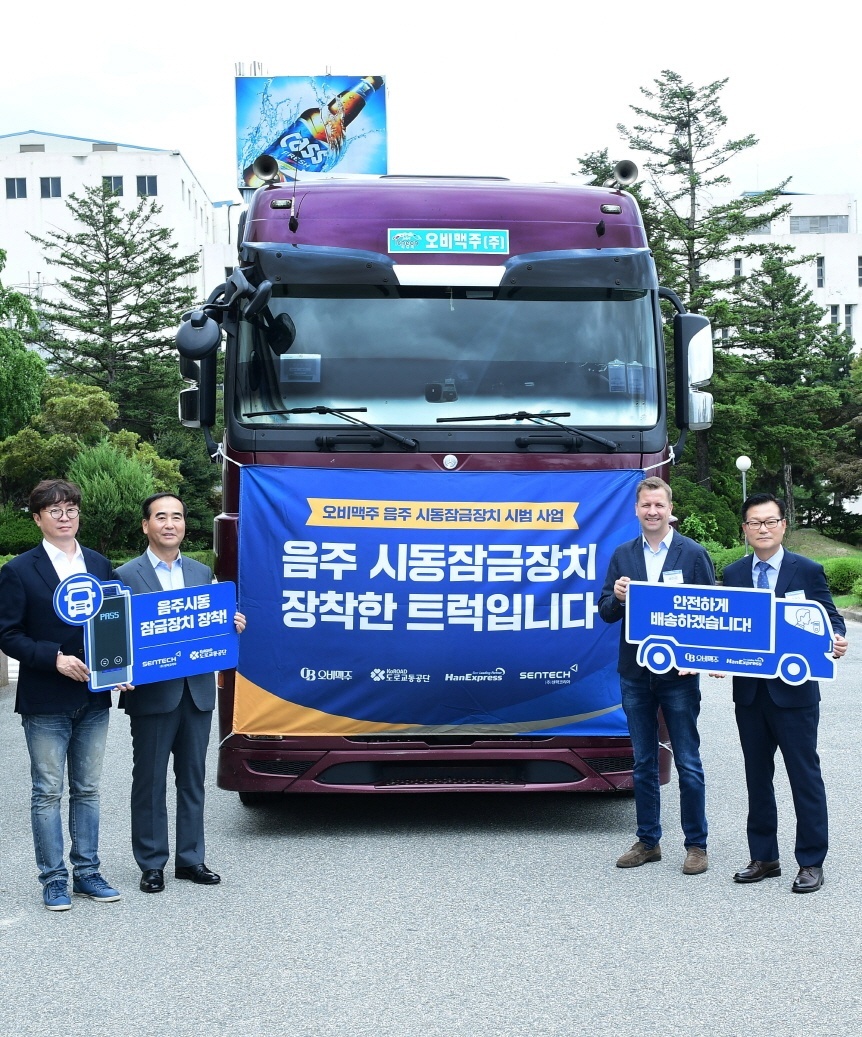 As part of the campaign, the brewery said it has equipped 20 of its distribution trucks with sensor maker Sentech Korea’s ignition interlock devices.

The ignition interlock device uses a breathalyzer to measure the driver’s blood alcohol levels. The device inhibits cars from starting if alcohol levels are above threshold, preventing drunk driving.

Currently, countries including Canada, Australia and Sweden legally require habitual drunk drivers to equip their cars with these devices. According to a study done by the Korea Road Traffic Authority (KoROAD), the US states of Maryland, Illinois and Alberta respectively saw declines of 64 percent, 81 percent and 89 percent in repeat drunk driving offenses after the use of ignition interlocks was institutionalized.

“It is concerning that drunk driving may increase as COVID-19 restrictions are lifted and more people drink outside,” said OB CEO Ben Verhaert. “As a leading alcoholic beverage brand, and through our test operations of the ignition interlock devices, we hope to raise awareness that one should not sit behind the wheel if they had even one sip to drink,” he added.

“We hope that this test operation of ignition interlock devices, along with the expansion of mandatory classes for habitual offenders starting in July, will spread awareness that drunk driving is a crime that must be rooted out,” said KoROAD Chairman Lee Joo-min.