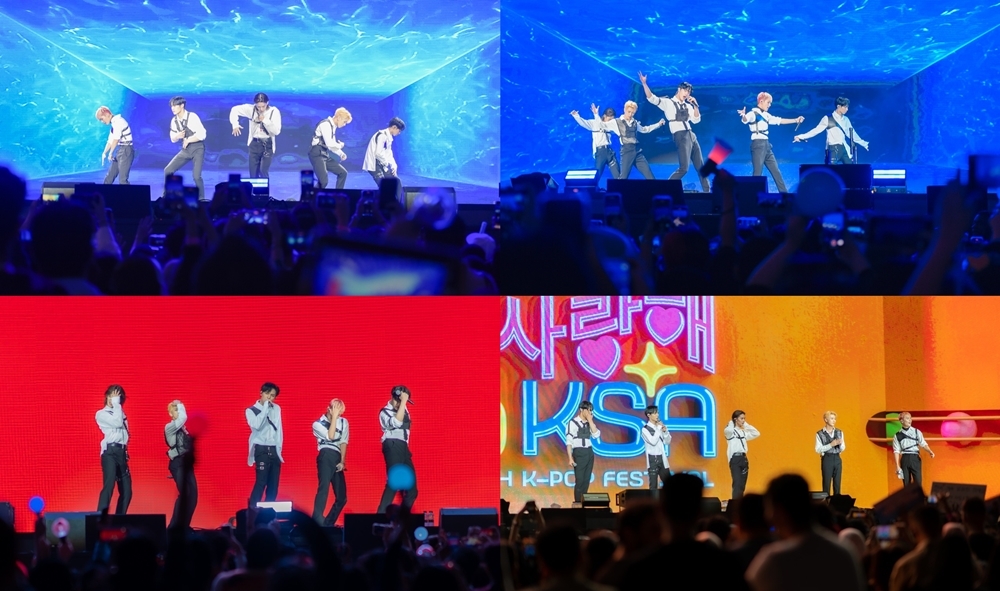 The group closed the last day of the jam-packed live session with mega-hits “What You Wanted,” “Bad Dream,” “Lost,” “Change Me,” “Everything,” “Cinema” and “The One.”

During the event, the band greeted its Saudi Arabian audience by answering questions sent by fans. They also delighted onlookers by greeting them in Arabic.

“It’s our first time in Saudi Arabia, so we’re a little nervous. We’re honored to be able to interact with our fans in Jeddah. It’s been a while since we’ve met our foreign fans, and we’re happy that the country is Saudi Arabia. I hope we made a moment to cherish for fans here,” the band said.

On Sunday, CIX performed at “2022 UNI-KON” held at the SK Olympic Handball Gymnasium in Seoul. The band is also set to perform at “Hallyu Pop Fest London 2022,” which will be held on July 10. The K-pop act will then travel to Japan for a show titled “CIX 1st Concert