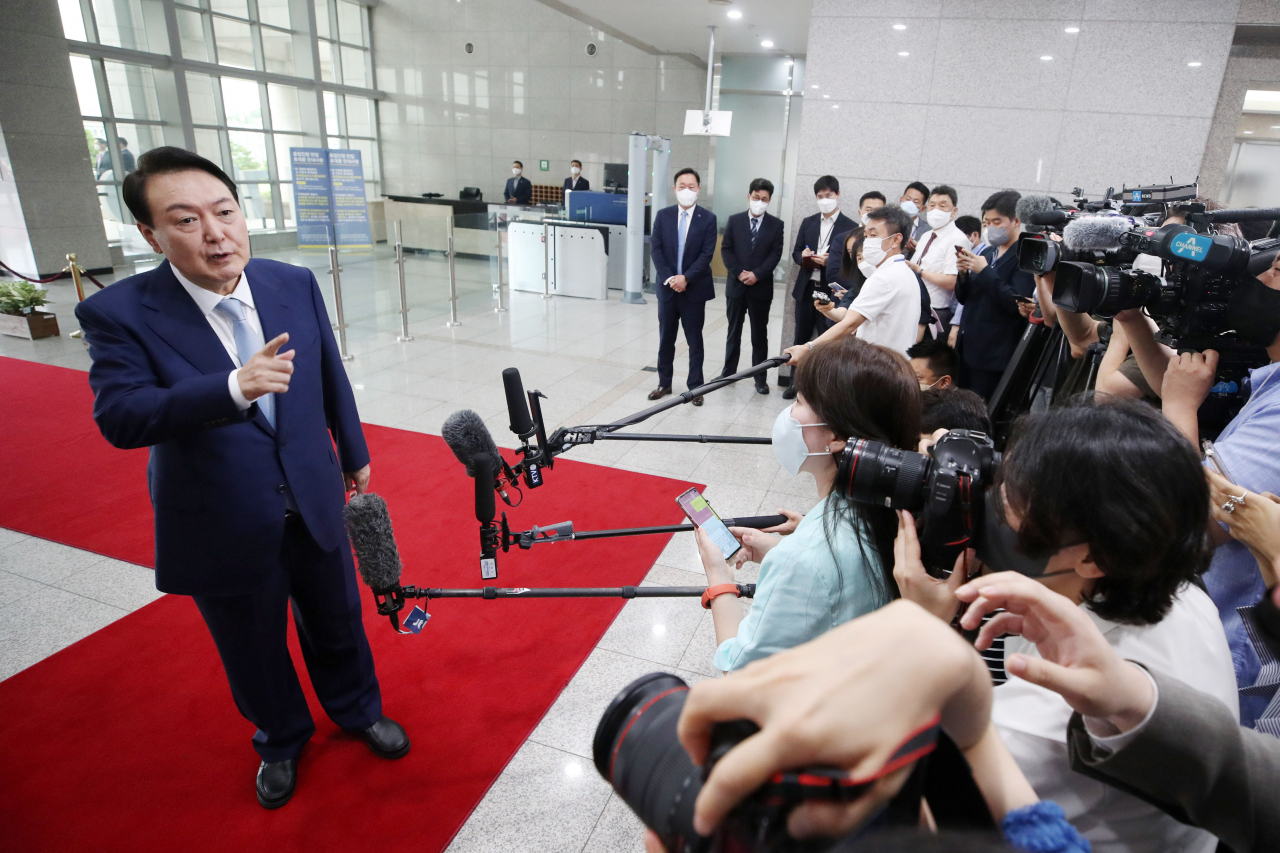 President Yoon Suk-yeol answers reporters' questions as he arrives at the presidential office in Seoul on Tuesday. (Yonhap)

President Yoon Suk-yeol challenged reporters Tuesday to compare his personnel choices with those of the previous administration, suggesting he was doing no worse a job than his predecessor.

Yoon put up the defense a day after his pick for health minister withdrew over allegations she diverted political funds for personal use and his nominee for chief of the antitrust regulator was forced to apologize over allegations he sexually harassed students in the past.

"Well, did you see any praiseworthy people among minister nominees of the previous administration?" he retorted when a reporter asked him to comment on the string of controversial nominations.

When a reporter commented that personnel issues are the president's responsibility, Yoon admitted, "Yes."

But pressed again on whether the problematic nominations could not have been weeded out in advance, he cut the question short, saying: "Try comparing with other administrations. Regarding people's qualifications and such."

Yoon has struggled to form his first full Cabinet nearly two months into his term due to the repeated withdrawals of nominees over ethical and other lapses.

The health minister nominee was Yoon's second pick for the job to withdraw, leaving the post vacant since the start of the administration.

His pick for education minister, Park Soon-ae, also took flak over her past record of drunk driving but was appointed by Yoon anyway.

"President Yoon only gave absurd excuses that are far from the people's sentiment," DP's floor leader Park Hong-geun said. "We cannot help but deplore his arrogance and self-righteousness that completely disregarded the public opinion when he actually needs to take responsibility for a series of vetting failures." (Yonhap)