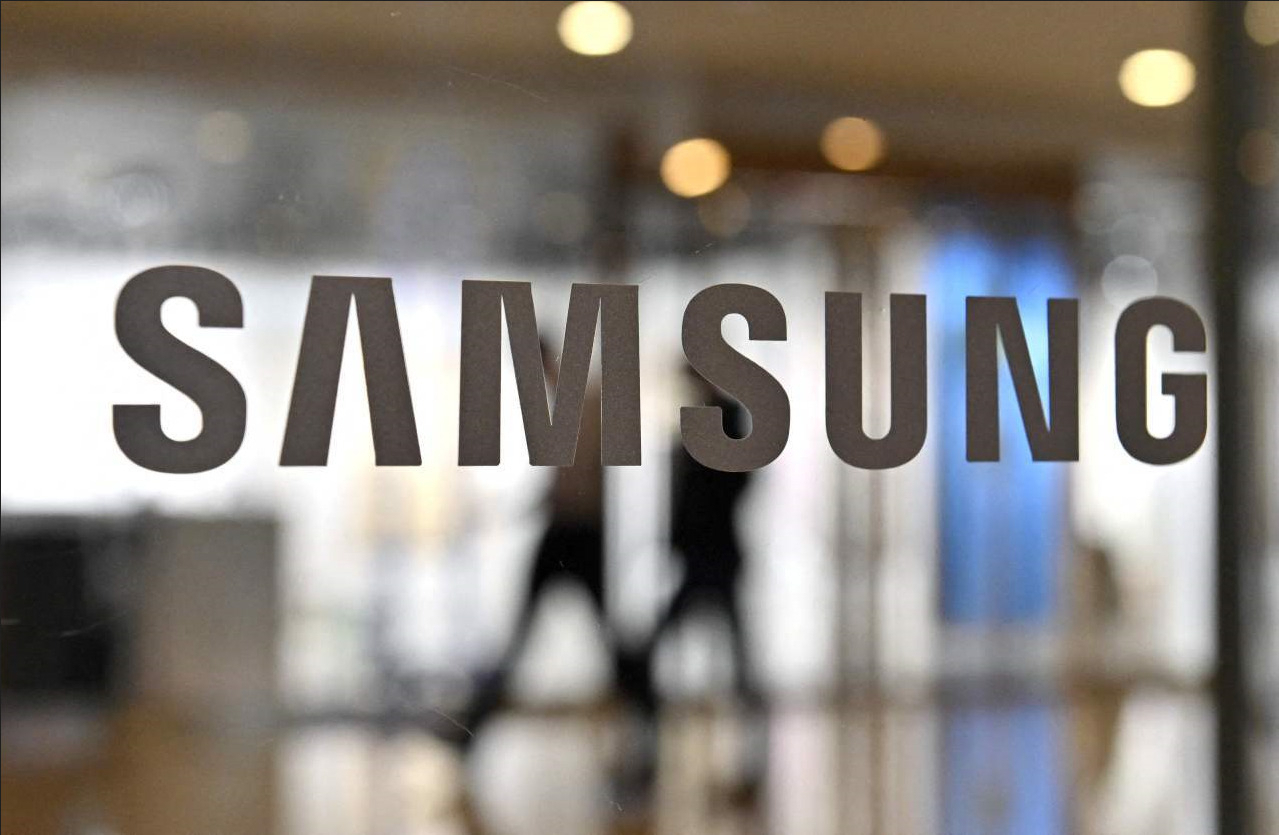 People walk past the Samsung logo displayed on a glass door at the company‘s Seocho building on Jan. 7 in Seoul. (AFP-Yonhap)

Samsung Electronics Co. is expected to report a more than 15 percent rise in operating profit for the second quarter, helped by strong semiconductor business despite slowing demand for smartphones and home appliances, a survey showed Tuesday.

The world's largest memory chip maker is forecast to log 14.5 trillion won ($11.1 billion) in operating profit in the April-June period, up 15.6 percent from a year ago, according to the survey by Yonhap Infomax, the financial data firm of Yonhap News Agency.

Strong demand for memory chips used in servers and data centers supported the tech company's solid performance, with global shipments of DRAM and NAND Flash both growing in the three months ending in June by 9 percent and 2 percent on-year, respectively.

By sector, Samsung's chip business is forecast to grow 42 percent to report an operating profit of 9.8 trillion won.

The growth in its smartphone business, however, seems to have weaken due to slower spending on consumer electronics amid surging inflation and recession fears.

Samsung's smartphone shipments are estimated to come in at 61 million units in the second quarter, a 16 percent drop from the previous quarter. Operating profit of the division is likely to drop 600 billion won from last year to 2.6 trillion won.

Sales of home appliances are also hit by consumer's weaker spending power, rising costs of raw materials and seasonality factors. Operating profit of the division is forecast to be around 500 billion won, less than half the figure from a year ago.

The display panel business is also likely to report weaker performances on slower demand, with the second quarter operating profits forecast to decline by 300 billion won from a year ago to 1 trillion won.

Analysts are painting a bleak picture for the second half, as the ongoing war in Ukraine, rising inflation and China's COVID-19 lockdowns are dragging down demand for, and consumer spending on, electronic devices.

Global shipments of consumer devices, such as mobile phones and PCs, are on pace to decline 7.6 percent this year, according to technology research firm Gartner.

"A perfect storm of geopolitics upheaval, high inflation, currency fluctuations and supply chain disruptions have lowered business and consumer demand for devices across the world, and is set to impact the PC market and the hardest in 2022," Ranjit Atwal, senior director analyst at Gartner, said.

Samsung will announce its earnings guidance for the second quarter Thursday. (Yonhap)